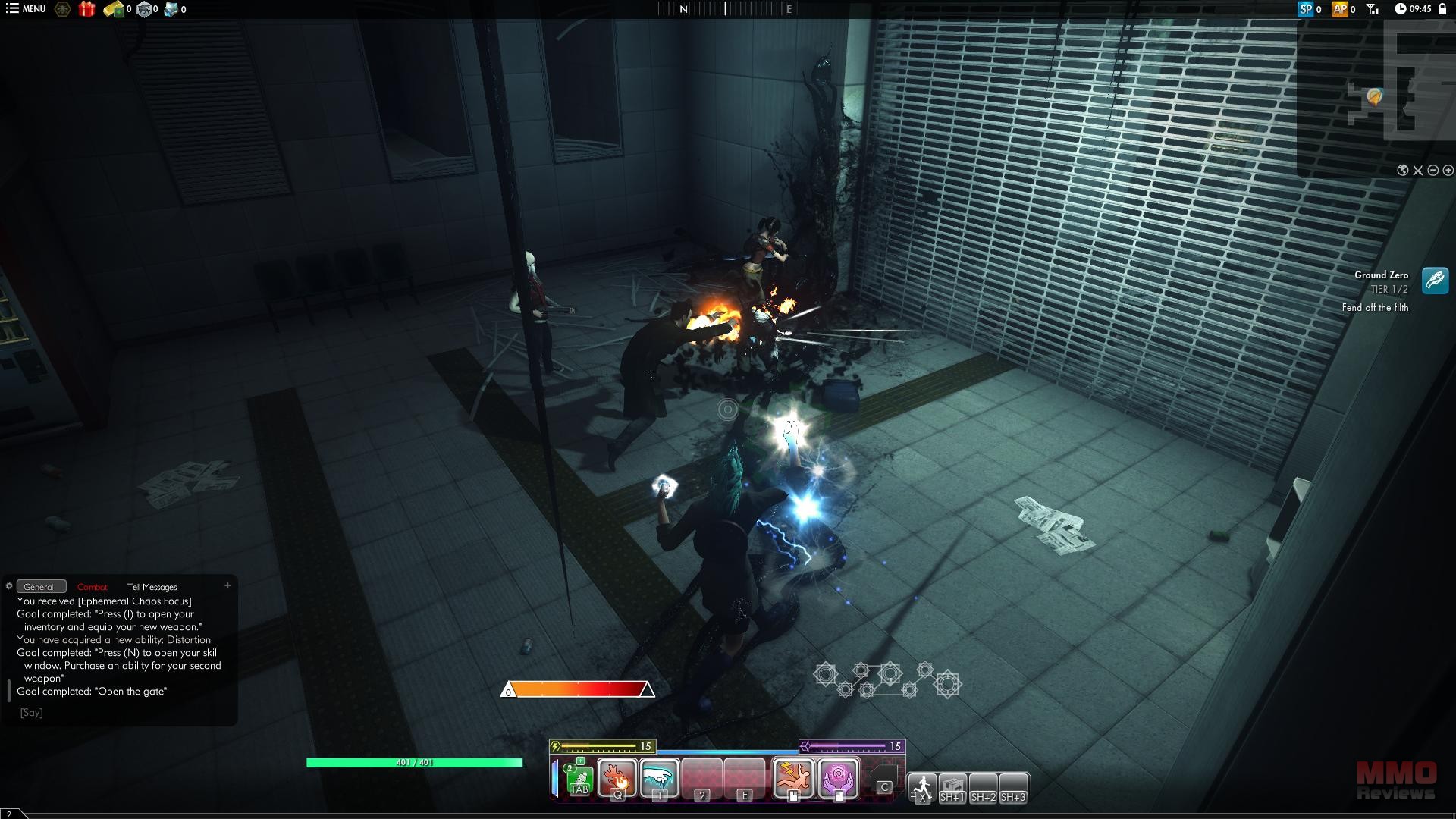 A revamped and re-launched version of The Secret World, the new MMORPG Secret World Legends returns players to the same world under threat from supernatural forces. A action combat title with mission-based story focused content, players will act as an agent of a shadowy organization that protects the modern world, blessed with unbelievable powers and skill. Legends offers a feature packed title with customization, classes, PVE dungeons, mission content, 100+ hours of story driven gameplay, and even PVP options.

The world is not as we know it, constantly under the threat of supernatural beings thought myths and legends to the blissfully ignorant populous. Unbeknownst to them a war has been fighting for centuries by three powerful secret organizations; the Templars, Illuminati and Dragon. These three societies have kept the supernatural evils that threaten the world in check, but now darkness stirs, the threats grow more powerful, and containing the secret world that threatens mankind has become more challenging than ever.

The main focus of the game is providing an action combat title with immersive story-driven content, players will find a wealth of lore and information about our world as they explore it and complete missions. The revamp of the game has updated combat and improved some animations, but sticks to the same story and environments as the previous title. Content and quests for the main storyline are tiered to be a solo adventure, allowing players to complete the main story on their own, but pausing it until they reach an appropriate level to continue as opposed to letting them face enemies that are too strong for them. The game offers end -game dungeons and an enclosed minigame “Shambala” battlefield for 10v10 PVP.

The three factions offer a slightly different storyline and different beginner experience as players will start in different parts of the world based off their faction choice: Templars start in London, Illuminati in New York, Dragon in Seoul.

The game has nine different starter classes for players to choose that will give them some guidance on different available play styles and roles to fulfil in groups. Players are not restricted solely to these starting classes and there are elements of personal customization allowing players to build their own hybrids focusing on different weapons, skills and magic types. The available starter classes are: Assassin, Ravager, Mercenary, Warlock, Gunslinger, Punisher, Trickster, Demolisher and Magus.

Secret World Legends now offers a more action oriented combat style, losing the previous tab targeting system and opting for a reticule “aiming” system. Players will have to manually aim at the target they wish to attack, whilst manoeuvring around the various battlefields and actively dodging incoming enemy attacks marked by ground telegraphs.

Each weapon and magic type has its own unique system in place that allows for a fun action combat system. Elemental magic is the balancing of using fire/lightning magic which heats up a power gauge and using ice magic to cool it down so you don’t overheat. Chaos magic builds up chaos glyphs and then when triggered has completely random effects to benefit a player ranging from adding buffs to allies or making clones of your character to temporarily fight alongside you. With weapons players have ammo shots on the shotgun, that when it reloads it reloads itself with different types of shells that have different effects, or blade weapons building up chi when they are used to build a spirit blade that deals more damage.