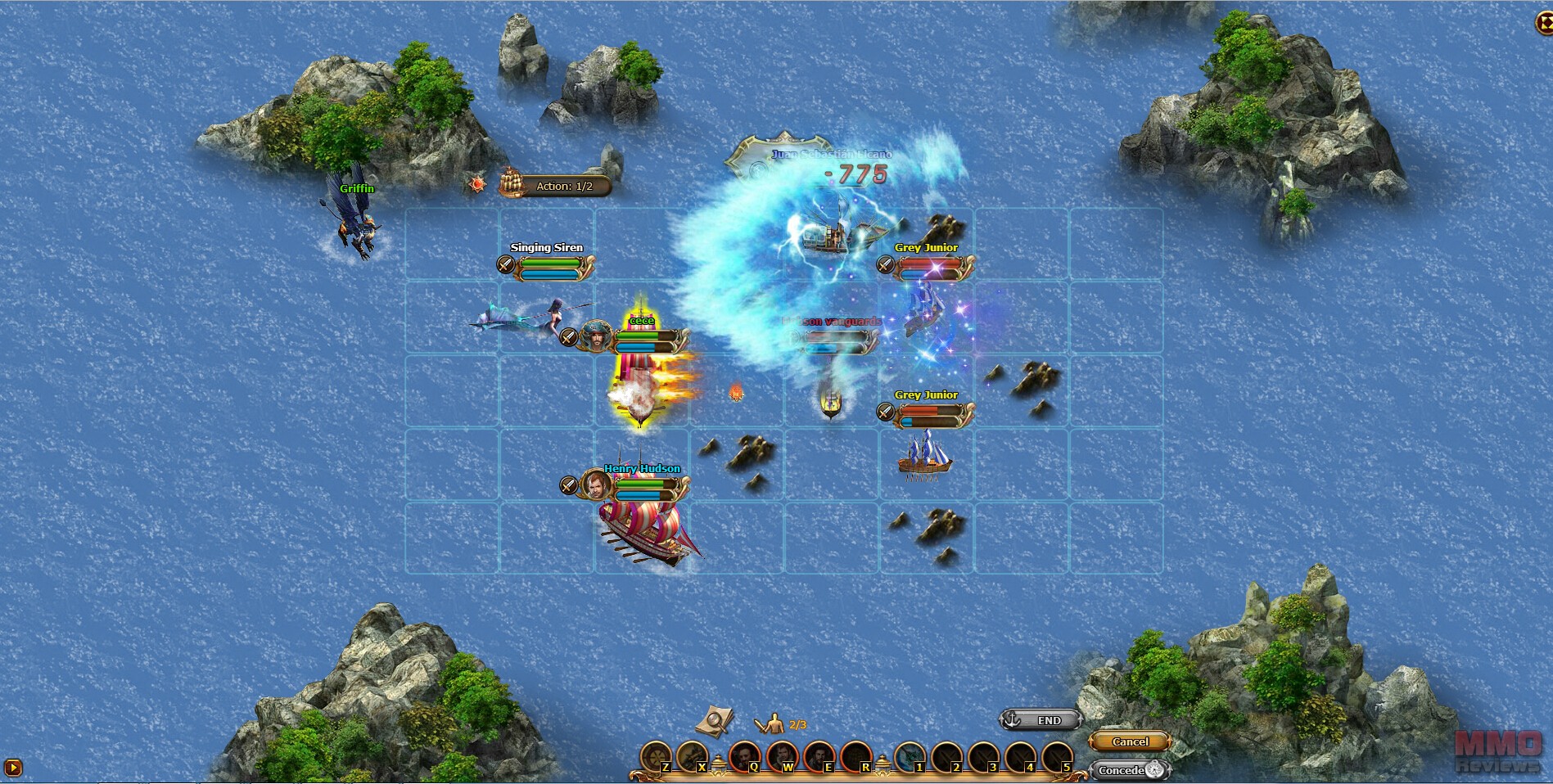 Seas of Gold, published by R2 Games, sees players stepping into the boots of an up and coming captain embarking on their big adventure as they sail across the seven seas in their own ship in search for treasure and adventure. Completely free to play this RPG MMO has numerous features that players will unlock as they progress through the game as well as a rich storyline to uncover; the game doesn’t require any client download and can be accessed directly through the games official website.

- Multiple characters to play as
- Upgrade your own ship, gear and learn new skills
- Hire on other Captains to join your Fleet
- Build your own ships in the Shipyard
- Take on various quests for NPCs and travel the globe
- Battle against other players in the PVP Arena
- Completely free to play
- Browser based gameplay

The primary goal in the game for most players is twofold, firstly to try and advance the story-arc by taking the linear plots and completing the story, but ultimately the game is about building up a character and competing against other players to be the best. The game features some automated systems, an “energy” system where players spend energy by performing certain tasks (and then have to wait to restore it or pay premium currency to refresh) and a cash shop for purchasing various items or VIP status that enables numerous boosts to a player’s account.

Each player controls their main Captain and is responsible for seeing to the upgrading of both the captain’s skills, their ship and ensuring that it is outfitted with various improvements. Skills are increased through specific Skill Books that unlock a Captains’ particular skills, ships can be purchased from the store or through events sometimes, but they are otherwise built in the shipyard from the resources that players have managed to acquire when completing certain PVE instances. Each instance drops certain types of resources, so players can go back to this repeatable content if needed and acquire all the resources they need to build an improved ship. Finally players must outfit their vessels with Armor, Cannons, Magazines, Rudders, Decks and a Figurehead item, which all give boosts to the players’ Stats and ultimately their Power score.

Stats contribute to many aspects of a player’s strengths in combat, increasing their movement so they can move further each turn in combat, or their hit and attack rates, durability and dodge, even their range so that they can attack further. The more improved the Captain, ship and gear, as well as additional Captains in the Fleet, will all contribute to the players Power, an indicator of their overall power particularly when fighting other players.

Players can engage in both PVE and PVP, PVE generally takes the form of the quests that you can pick up from NPCs around the world and will take you to instanced locations to fight them, rewarding you with XP, gold and even items. PVP is accessible through the Arena and consists of players challenging other players to 1 v 1 duels, however, the challenged rival does not actually have any participation themselves (as you can challenge players when they are not online) and instead the AI takes control of the enemy and controls their Captain and assembled fleet.

Whether PVE or PVP combat is the same and is a more strategic blend of team building and tactical turn based fights; players and their opponents start at opposing ends of the gridded battlefield and take it in turns to move around and try to position themselves strongly to ultimately destroy all the enemy team. Many battles will see players fighting against multiple opponents, who have the chance to flank you, pin you down and devastate your ship; fortunately players are able to hire other AI Captains to join them in their fleet, ships and all (all of which must be managed and upgraded by the player) and summoned into battle to even up the score!