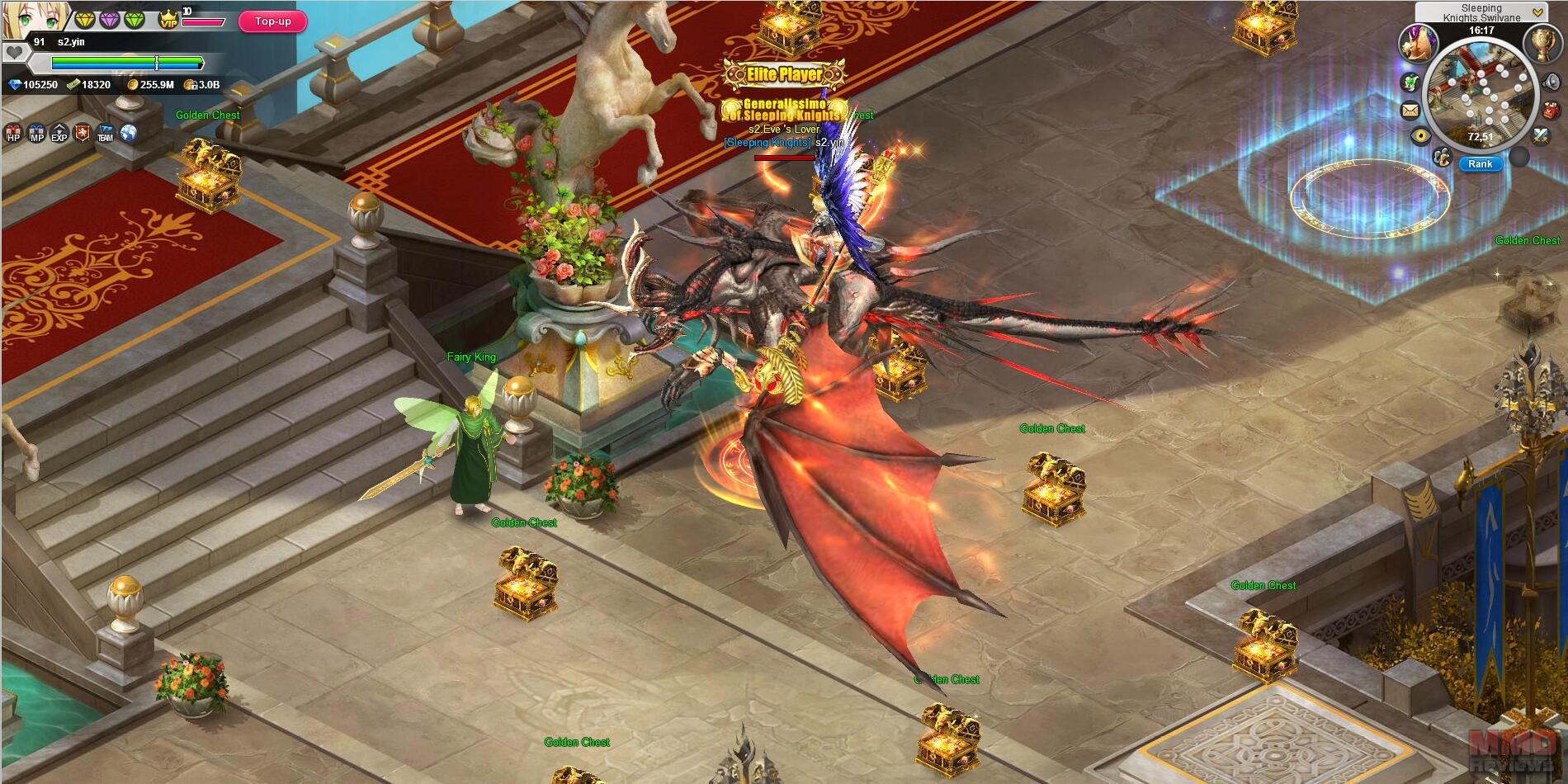 SAO’s Legend is a browser based RPG that is free to play. Based on an anime with the same title (Sword Art Online) players are thrown into a world where they are trapped inside a virtual reality MMORPG, in this game you control your own hero, explore the vast world, fight enemies and uncover the exciting plot. The game is free with VIP options and premium Diamond currency that can be bought with real cash to help players get ahead.

In the year 2022 developers release a new Virtual Reality MMORPG using new NerveGear technology, a helmet able to stimulate the brain to transport players directly into this new game: Sword Art Online. Once inside the thousands of players realised they cannot log out and are trapped in the game, player characters must now find a way out of the game; should their virtual character die in the game then they will die in real life.

A more traditional Asian inspired RPG, Sword Art Online has strong RPG story elements with players journeying across the virtual realm they find themselves trapped in and being the central character to a huge story. To advance the story players must grow stronger, acquiring XP to level up and unlock features that will, in turn, allow them to grow even stronger. The main focus of gameplay is trying to make your character as strong as possible, firstly to experience more challenging content, but also to compete against other players for rank and prestige in the various features.

When creating their first character players can choose between four characters that each have their own class, players cannot customize these character’s appearance but do have their own unique name created by a random dice roller. The four classes are Swordsman, Knight, Ranger and Priest, each having a slightly different playstyle, particularly when paired up with other players, with different skills they are able to support themselves in single combat, but also provide a vital role to any group.

Players can get various items as rewards through gameplay that will add to their characters power and make them stronger in combat:

Mounts – Mounts will allow a player character to move faster around the world, but they can be upgraded and transformed into new types of pet; they can be upgraded, boosted with special mount food, and equipped with mount gear (Saddle, Horseshoes, Stirrups and Bridle)

Wings – Once players unlock the wings system they will appear on their character as aesthetics, but these wings are there for more than just looking impressive, they boost stats and Battle Power and can be upgraded to make them stronger; as with mounts Wings have 4 upgradeable parts: Feather, Pinion, Eye and Crown

Gear – With 12 gear slots per character players will constantly be looking to outfit their hero as best they can, gear directly increasing stats, but can be further modified and increased through Polishing, Gemstones and Fortifying

Companions - Players will meet various female characters in the game that are from the anime, and get the chance to make them their girlfriends through the Encounters system, as they advance they will acquire new girlfriends that are more powerful. Players can have other player companions through the Lover system, able to get married and share extra benefits

Each character has a set number of skills to use in combat, where players can move around and target their enemy, using these skills at will. However, the game also provides an AFK feature where players can PVE and quest in a semi-AFK format (requiring them to still accept new quests). This allows people to play the game more casually in an alternate browser window if they prefer whilst doing other things, and take away from any grindy quests.