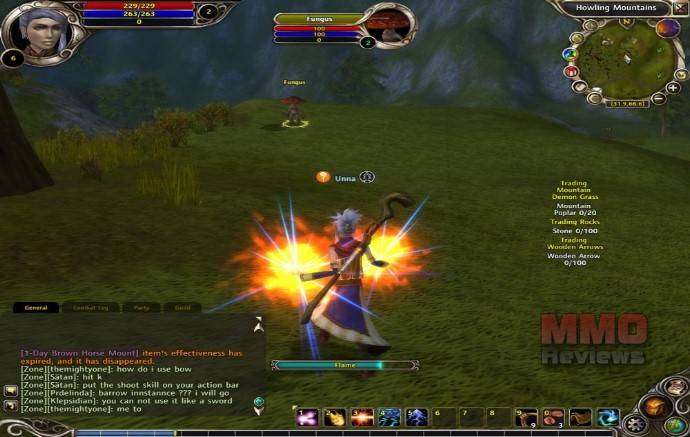 Developed by Runewaker Entertainment for Windows.

Runes of Magic is a free massively multiplayer online roleplaying game (MMORPG). Based on the mystical world, full of wonders and ancients secrets, of Taborea, the player will meet mysterious and dangerous creatures and solve the enigmas of old kingdoms long-lost in the mists of time.

When starting into a new career, adventurers can select to be a warrior, ranger, cleric, knight, mage or rogue. When they reach level 10, they can add a secondary class, which augments the possible class combinations up to 30 individual combination types.

Any guilds in Runes of Magic starting from level 7 can build their own fortress. Guild members can meet there to plan new adventures, share stories of past activities or prepare against imminent attacks.

In order to build a guild fortress, the contribution of every guild member is required. It’s only as a group that the guild can afford the costs in terms of gold, ore and wood that are involved in laying the foundations for their own home. Only after handing over these resources will the guild receive the construction permission from the Guild Castles Administrator in Varanas and only then can they begin to have some thoughts on the fitting out of their new base.