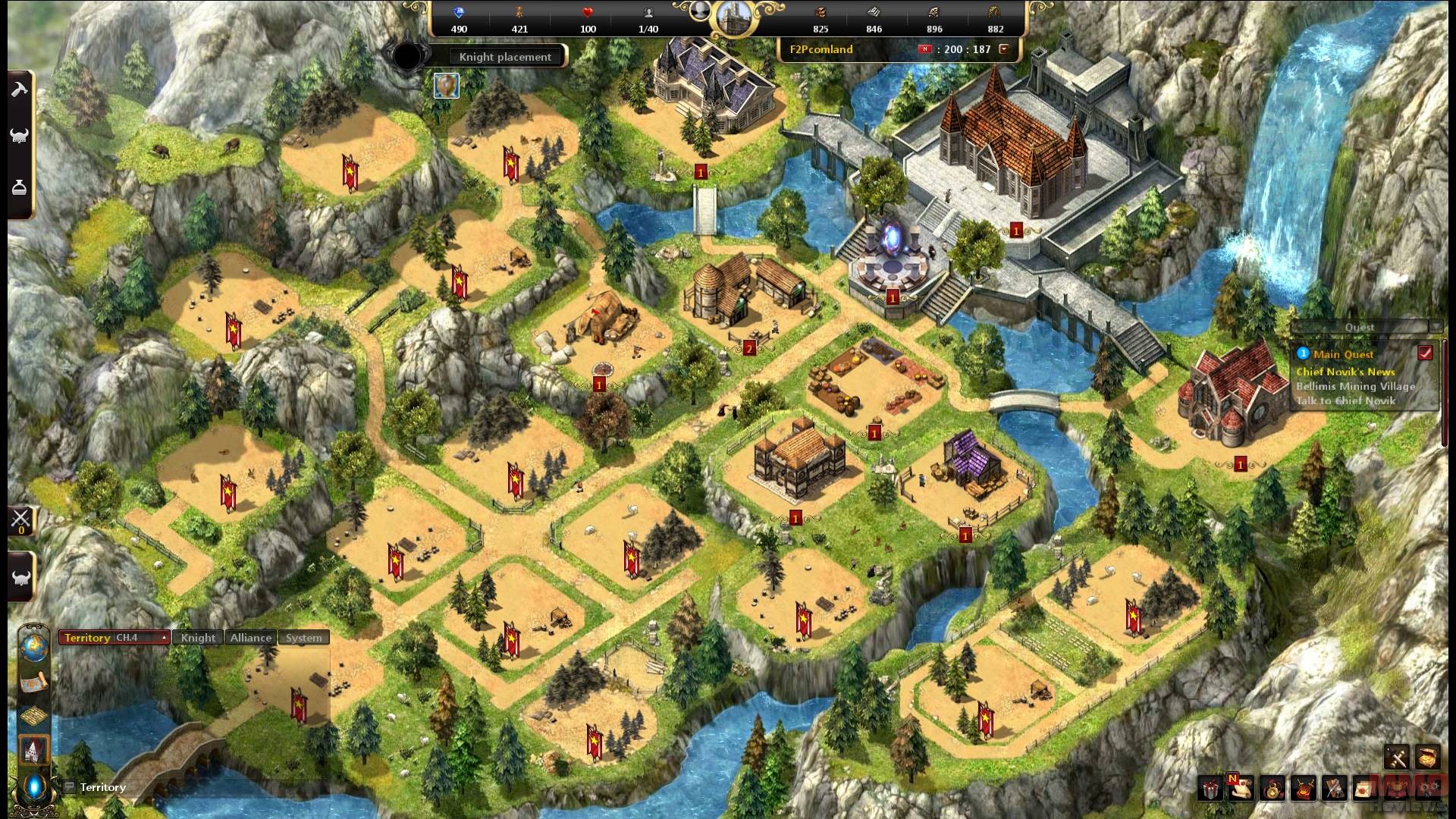 In Rodinia War players will experience a novel combination of real time base building strategy and 3-D quest focused fantasy MMORPG controlling their own characters, this unique blend offers different avenues into what ultimately becomes a PVP focused endgame content where players fight for control of territory. Accessible through Safari, Internet Explorer and Mozilla Firefox (with Chrome to be added soon) meaning that no bulky client download, and all for free.

The games core is ultimately about domination and territory control between competing player Lords, able to construct their own cities, expand their borders and train up entire armies to defend them and help acquire new ones. The primary strategy content of the game focuses on the Empire building aspects revolving around classical resource management whilst building up your own city, upgrading buildings and unlocking new features. Meanwhile players can also hire their own Knights, individual playable characters that can be controlled in a 3-D MMO RPG environment, able to move around, pick up quests and take on a variety of enemies in battle to gain extra resources and help improve the Empire.

With resources and time players are able to construct different buildings that will give access to new features, upgrading buildings increase their efficiency providing greater benefits to a Lord and the city:

Through the different Troop Buildings players can train up a new variety of troops, with each unit having others that it is stronger or weaker against respectively:

Combat falls into two different systems based on the Empire strategy where players can attack rival settlements and choose which of their available units they wish to send in force to take such a target, or use their troops to defend their own territories. In the Knight MMORPG content players will enjoy a classically typical MMO RPG third person combat style able to perform a variety of attacks and skills from hot bar attacks, all of which can be upgraded with talent points which are required as the Knight levels up.