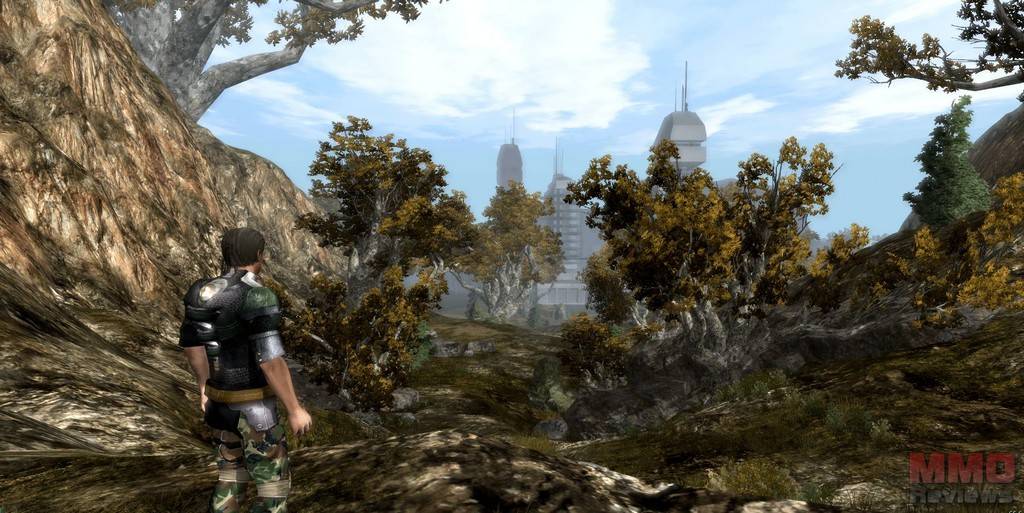 Set on the remote planet Rhyldan that is rather unsuccessfully colonised by humankind, this sandbox-type massively multiplayer role-playing game is playable for free and provides players with multiple combat and non-combat options, allowing them to freely go wherever they want to and do as they’re pleased. It’s completely up to them whether they solely struggle for their survival in the wilderness or actively take part in the conflict between several warring factions.

More than 200 years ago, humankind became aware of the fact that the Earth’s destruction was irrevocable and therefore send out automated colony ships equipped with DNA samples of mankind’s best and most intelligent individuals to search for planets that would potentially support human settlement. Apparently, a few managed to survive their journey, though there number is unknown as communication broke down with the ships drifting further apart. One of the survivors’ colonies is Rhyldan.

Although life is hard there and jungles present a constant threat, humans were able to deal with the circumstances and created thriving civilisations. Their leaders set up rules and laws that quickly resulted in contentions between those whose ideas on how to govern the repopulation effort differed. Decades later, new nations have been established that clash in an all-out war due to their huge differences in culture, philosophy and opinion.

Players are able to select among more than 75 skills to learn and master, the majority of which opens up multiple abilities as players progress in a specific skill. There are no skill limits, meaning players are able to potentially master all available skills while individual skills can be advanced as far as they wish to. However, the more developed a skill is, the more difficult it will be to further enhance it.

Skills can be classified as follows: General, Beneficial, Trade, Defensive, Armour and Combat; they have their own ranks that can be increased through 14 different tears ranging from unskilled, poor, average, expert to even up and grandmaster.

Combat skills are divided into different weapons types, including martial attacks, automated rifles, aerosol weapons, etc., and can generally be enhanced by using this specific type of weapon in combat. Players are able to master as many combat lines as they want to, but encouraged to stick to one particular role during battle instead of continuously switching between weapons, which can only be done without penalty when out of combat.

The game offers the opportunity to switch between an action mode and a classic RPG mode; the former being more similar to a FPS while the later lets players select their target and use different hotkeys to trigger actions from their action bar.

The game offers a variety of player vs. player combat option, such as Contested Regions that can switch ownership between the 2 major factions and include objective-focused events, the capture of resources and outposts within those areas. Besieging of cities is a complex system with different phases across the day during which players are able to organise their defences and prepare their attacks without being concerned about losing an already taken city at times when the majority on the server is still asleep.

There is even a hard-core server for those who like full loot and all-out player vs. player confrontation, including penalties for getting killed. Besides the protection provided by other players or faction guards, there is no safety.

Comparing The Repopulation to other recent MMO RPGs, there’s one obvious difference in regards to how health is dealt with. In other MMOs, there usually is a large gap between experienced high-level players and new ones as players gain more health when increasing in level while in The Repopulation players always have a similar amount of hit points regardless of their level and equippable gear. Their damage output and available skills determine who is superior and likely to win a battle.

There are 3 varieties of companions in the game players are able to acquire: tamed, genetically engineered and robotics. Tamed companions are only available when the animal is still young and have to be trained to evolve from an initially quite weak state to a powerful and lethal pet when fully matured. Genetically engineered companions are created in a lab through a crafting process that uses DNA sequences. Genes may even be enhanced to create a unique hybrid companion that allows players to opt for different abilities and powers.