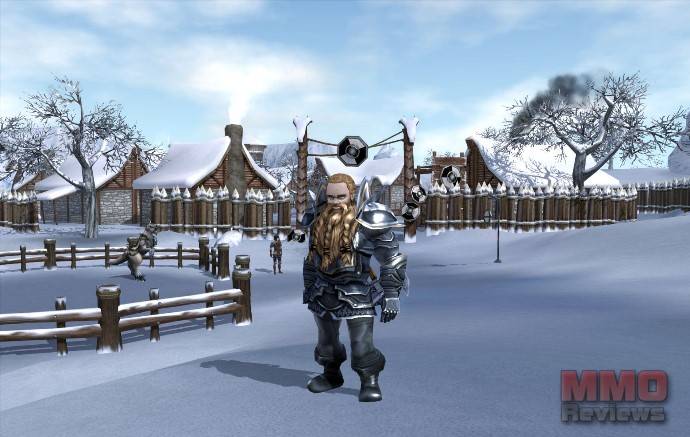 Realms Online is a free to play MMORPG for Windows and Linux. Inside a 3D virtual world, players can choose different races: Elves, Humans Dwarves, or Dark Elves and explore the wild lands or join an army to fight. It's available in english, spanish and german. And it's based on an ongoing war between the three kingdoms.

There are three main classes: warrior, archer, and mage. But once your character reaches level ten, you will be able to choose one of two disciplines.

There are 2 classes of quests in Realms; character building quests and shadow quests.

Character building quests
Are easy to find and help to level the player as well as improve spells and special abilities.

The shadow quests
Are designed to fulfill the PvE experience by offering the player a complete start to finish story-line with hundreds of supporting quests. Some of these quests may be both challenging to find as well as challenging to complete.

The PvP aspect of the game is the highly competitive gaming side of Realms. Points awarded to players who do great deeds for their realm. These deeds include defeating an enemy player from an opposing realm. All realm points are tracked and ranked on the Realms official ranking website.

At the core of the PvP gaming are player realm's strongholds. These can be realms forts, castles, and other structures. These structures are strategic points that are key to the realm survival. Therefore players will need to work together with other players to both protect structures as well as attack and take control of the enemies structures. For the most part battling and realm conflicts take place in the conflict zone which is accessible by passing through the great wall in your realm. The conflict zone is an area of land that touches each of the warring realms. It is here that you can be killed by any players from other realms.

There are also arenas in the safe zones of each realm. These Arenas allow players from the same realm to duel in a safe area without any punishment for losing.

Premium has been designed to avoid any advantages when two players are battling each other. It's because of that that some premium items have special measures incorporated into them that will, in reasonable terms, leverage the combat between paying and non-paying players.