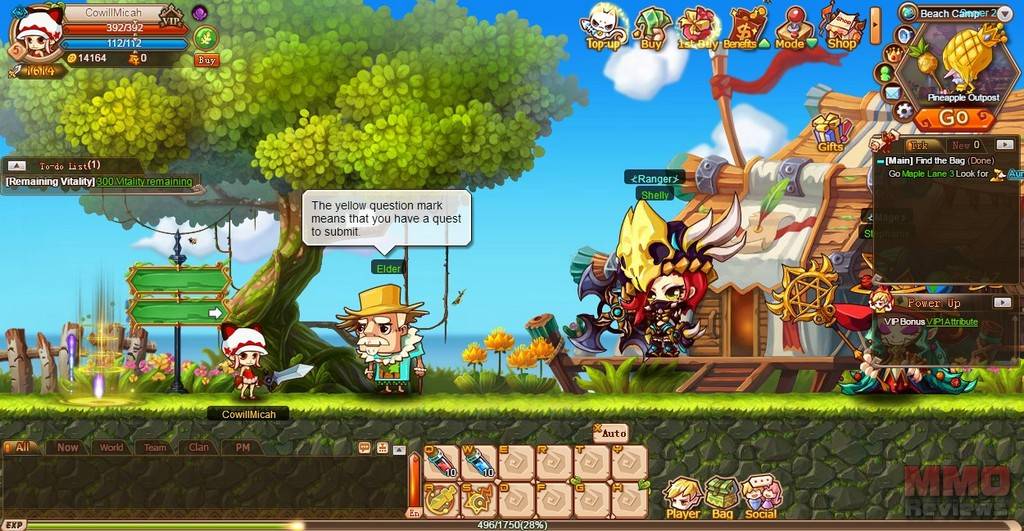 A free to play browser RPG set in a chibi/anime world of magic, monsters and Devils, for their solo quest line players find themselves in the position of the Chosen One, one who is destined to defeat the Devil Lord that has re-emerged into the world and save the people of Troonmill.

For generations the continent of Troonmill has been protected by the seven artefact seals, this peaceful nation came under the attack of the Devil Lord who invaded the constant with his Dark Scythe. The City of Order tasked their Holy Knights with stopping the Devil Lords' army but brought his wraiths upon their own city in retaliation. Acting quickly the people of Troonmill sacrificed themselves to activate the seals and trap the Devil Lord forever. Or so they thought. Now with the Devil Lord and his minions finding their way back into the world a Chosen One has arisen to destroy this threat for good.

Rainbow Saga is a 2-D platform RPG that focuses on player character progression where players are able to customise their characters with a range of items and gear, gain XP to improve their skills and unlock new features and content, and explore an in-depth storyline where they take on the main role.

In the game players can choose from three different classes upon completing their Guardian Trials, players are given a short quiz asking a number of questions to determine their preferred play style and guided towards the Class that may best suit them (though players are free to choose any). These options are:

The Holy Knight - a brave defender of justice, equipped with their sword and shield and heavily clad armour they are powerful melee soldiers able to take down their enemies with strong attacks

The Shadow Ranger - a mysterious figure that can harness the stars to increase their attacks, they typically keep out of battle and choose to strike at their enemies from a distance using deadly darts

Players will primarily focus on improving their Power score; this can be done in a variety of ways that will make them stronger and able to face greater threats in the form of more challenging PvE dangers or other players in the PVP Arena:

XP - by completing quests players will gain XP and increase their level, this will not only improve their stats but also give them access to Skill Points to increase the power of their various skills and abilities, as well as unlocking new features

Gear - there are 12 gear slots in total for players to customise with a variety of weapons, gloves, hats, necklaces, offhand weapons and more. As well as the initial piece of equipment acquired adding to a characters stats, players are also able to Upgrade, Refine and Enhance their items in the Smithy interface by spending gold

Pets and Mounts - with both Mounts and Pets available players can collect them and help them train up, evolve and become more powerful when equipped to a character and will directly boost their stats and abilities

There are a variety of in game features to keep players occupied, ranging from the Instances which give players the chance to fight with their friends in cooperative team based combat against more challenging Bosses or even going head-to-head against other players in the PVP Arena in a test of skills. All game content rewards players with its own gifts, boosts and bonuses to help improve the character and make them more powerful.