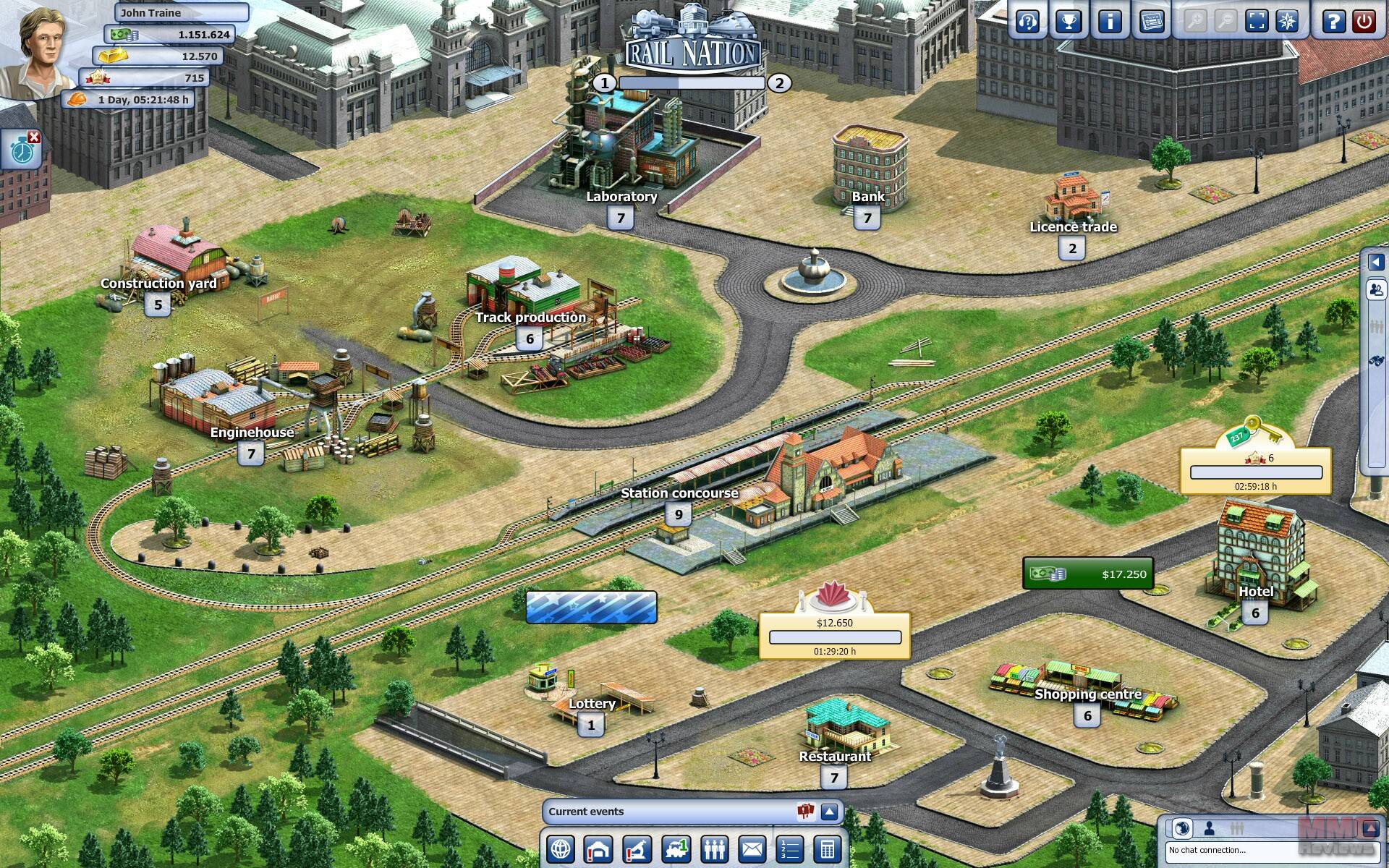 Rail Nation is an upcoming free-to-play strategy and management MMO combining an in-depth transport simulation with a refined strategy game in charming graphics. Directly playable in any major browser, the game puts players into the shoes of a manager of a small railroad company whose goal is to transport as many goods as possible through the different historic railroad eras.

The initial phase introduces the game mechanics. Every new digital railroad tycoon will develop their personal wealth and their company’s prestige in direct competition with others. Along with comprehensive timetables for transporting over 40 different goods, efficient routes must be planned with strategic cunning. Growing profits can be used for extending your own fleet of steam, diesel or electric locomotives and different types of railcar. While advancing in the game, the company will be able to service more and more towns and meet the challenges of large-scale transportation competitions against other players. Targeted goods deliveries to the cities also influence their development.

The player able to generate the most prestige will be the winner of the subsequent “endgame”. A game round ends after about four months, making Rail Nation quite fast-paced for a browser game.

The strategy game is divided into 6 consecutive railroad eras, ranging from the steam power epoch to the era of diesel and electric locomotives. However, not only locomotives become better with every era, the variety of goods that have to be transported enlarges as well. Each era lasts for 2 weeks and the 6th era is followed by the endgame.

Rail Nation focuses on a joint gaming experience and offers the option of founding a multiplayer company in order to unite friends, competitors or even bitter rivals into a single corporation. When joining a corporation, players will be able to advance more quickly. They will earn prestige points, this way contributing to the company’s position in the rankings.