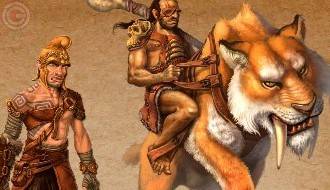 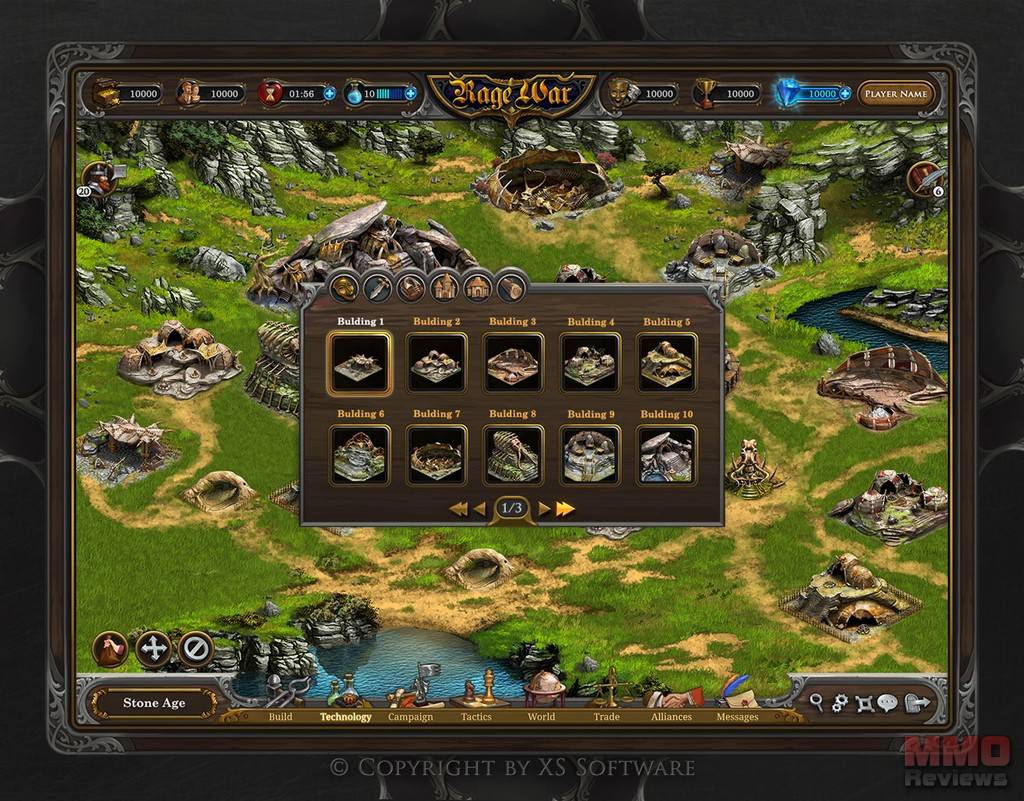 Starting out with their own Stone Age settlement, players have to contribute to its growing, prospering and expansion throughout the following ages. They will therefore take on quests to earn rewards and provide their settlement with improvements and expand their civilisation.

The game’s main battle system is particularly easy to pick up and simple to operate, nevertheless offering tremendously strategic combat in its two distinct battle modes: attack and defence. The attack mode enables players to send out their units in several waves to destroy the opponent’s defences, while the defence mode allows them to use their defence skills, set up traps to stop invaders in their tracks and construct fortifications and similar structures to defend their borders.

Technology and discovery are important factors within the game. Research grants players access to new technologies that allows for additional buildings types they may construct, advanced military units and further options, each following a specific topic related to the era players have reached. It’s essential to invest effort and time into research to ensure not to be overtaken by other advancing civilisations players are competing with.

Newly unlocked technologies enable players to settle their land and claim additional territory to construct buildings upon that will be useful for the population’s further progress. By erecting massive Great Wonders, they are able to demonstrate their progress and achievements to all those surrounding them.

Though some players try to make their fortune through conquest, there are others who favour a rather diplomatic approach, forming alliances with other players and doing trade both parties are benefiting from. A plethora of resources and items to exchange allows players to develop their own flourishing player run economy, chasing profit by buying and selling to make their empire prosper. They may produce goods ranging from beer provided by their own brewery to weapons that can be traded within their alliance or on the global market.

New quests and larger campaign stories that players are able to unlock will introduce them to interesting NPCs needing their help. Local rulers won’t always be willing to give way to other player’s expansion and progress but challenge them at every turn on their way to become the greatest empire ever. Players can take on thrilling and rewarding quests that will grant gain and glory.

To be successful in Rage War, strength, subterfuge and tactics are indispensable. Sending out scouts to nearby opponents allows players to get to know their defensive weaknesses before rallying their units to defeat them. Due to the abundance of tactics and units, there is no specific combination of troops that guarantees success. While one formation may be efficient against a particular rival, they won’t inevitably succeed when attacking the next.

Rage War can be played with friends to have them fight as your allies to jointly destroy all opponents standing in your way. United together you will present a powerful force to be reckoned with. On the other hand, players can also fight against their friends, dominating them in battle to show who really the best is!