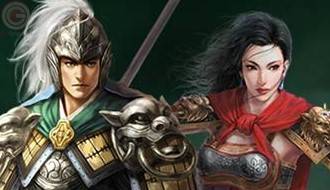 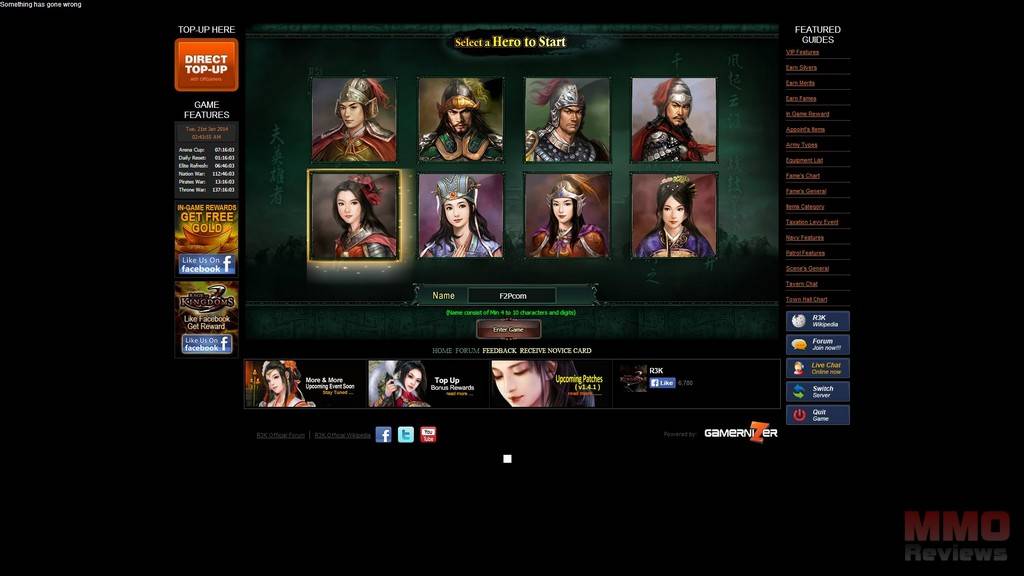 Directly playable for free in any major browser as well as on iOS and Android devices, Rage of 3 Kingdoms - in short R3K - is a massivly multiplayer online military strategy game in which players are thrust into ancient China's Three Kingdoms Era to relive historical military skirmishes and political conflict. In order to gain the resources required to grow their military might, they have to develop their kingdom. Taking part in thrilling missions at sea and land to gain control over the territory, they reach out for world dominance and turning themselves the mightiest ruler of all time.

- More than 600 legendary generals to hire

- Over 100 special units and abilities to develop

R3K features the following five different resource types that are of great importance for gameplay:

Silver
Being the main currency in R3K, silver is gained for completing quests, events and achievements, selling items at the shop, occupying silver mines, conquering vassals and so on. It enables players to level up their city's infrastructure, upgrade equipment, buy certain gear in the shop, etc.

Fame
Fame is gained by investing silver into city development, invading other players’ kingdoms, and exchanging merits. It is needed to recruit certain generals and promote titles, providing players with additional attack and defence bonuses.

Merit
Merit can be gained by participating in arena fights, winning battles, through patrol system, the tavern chat, levy event or and daily quests. It is needed for training generals, motivation in Pagoda Infiltration, etc.

Gold
As premium currency, gold must be purchased with real money. However, it can also be gained by unlocking achievements in each map and through random events such as patrol, taxation, tavern chat, etc. With gold, players are able to instantly finish cooldown times, add training or warehouse slots, refresh army type, etc.

Battle Order
Battle orders are automatically awarded to players every half an hour, but can additionally purchased with gold or be obtained by upgrading your town hall or hunting. Players are unable to perform any attack without battle orders.

In order to be able to build their military might, players have to develop their city into a thriving metropolis first. There's a large number of buildings available in game that players can construct to gain resources, recruit troops, train generals, produce goods, do research and trade and so on.

The most important building is the town hall where players can manage every aspect of their city. It represents the player’s level and determines the maximum level of all other buildings which include, for example, cottages, barracks, workshops, a pagoda, a market, a bank and many more. Upgrading these buildings increases their capacity.

In Rage of 3 Kingdoms, a plethora of different wars is ranging all the time. The PvP aspect offers different battles for players to participate in: Invading battles allow attacking other players of rival kingdoms to gain fame while the vassal conquering modus enables players to turn their opponent into their vassal and impose a silver taxation upon their town. Clan members, for example, can try to occupy farms and silver mines scattered on the world map to gain battle resource, food and silver respectively, which will strengthen their clan.

In addition, an arena cup takes place three times enabling players to either challenge others in combat or bet on the combatants to earn rewards. During the first round, 64 participants fight it out in elimination duels; the winner of each duel will enter the next round until one champion is determined in the final.

Regarding PvE, players have the chance to engage in land and sea scenario campaigns to earn rewards. Generals they encounter and manage to defeat during those scenarios will join their courses. The still provides several other combat modes such as city war, nation war, pillage war, throne war, and so on.

R3K allows players to hire over 600 legendary generals to train, equip with items and allocate units to. In the city's training centre, they can be trained to increase their skills and level them up. The usage of gold or merits in training will provide generals with extra bonus experience. Navy training is done at the naval camp. It's similar to normal army training but ten times harder.

The game offers a wide array of different unit types, each with their own strengths and weaknesses. Player may upgrade their units to improve their efficiency and skills, specialising them into several subtypes.

Basic armies consist of archers, swordsmen, riders, tacticians, and spearmen, each of which give access to two more advanced units when being levelled up. There are five levels that can be gained in total. Whith level 3 and 4, two new subtypes become available for each advanced unit. In level 5, all units are transformed into their most powerful version. The player's army then is made up of 40 specialised units, including executors, artillery, divas, pegasi, hexers, sable knights, sky magus, etc.

The title enables players to marry a female NPC and start a family. They will start visiting ladies during the first phase and have to talk to their chosen lady for several times to reach certain closeness before she will turn into a confidant offering different boosts. She then may receive gifts and later on a marriage proposal in phase two. When becoming their wife, the lady grants even greater boosts to the player’s abilities on the battlefield. She may also get pregnant from gifting and give birth to a child. During the third phase dedicated to the child’s coaching, players may select one of their generals to nurture and train the child that this way may turn into powerful general one day.