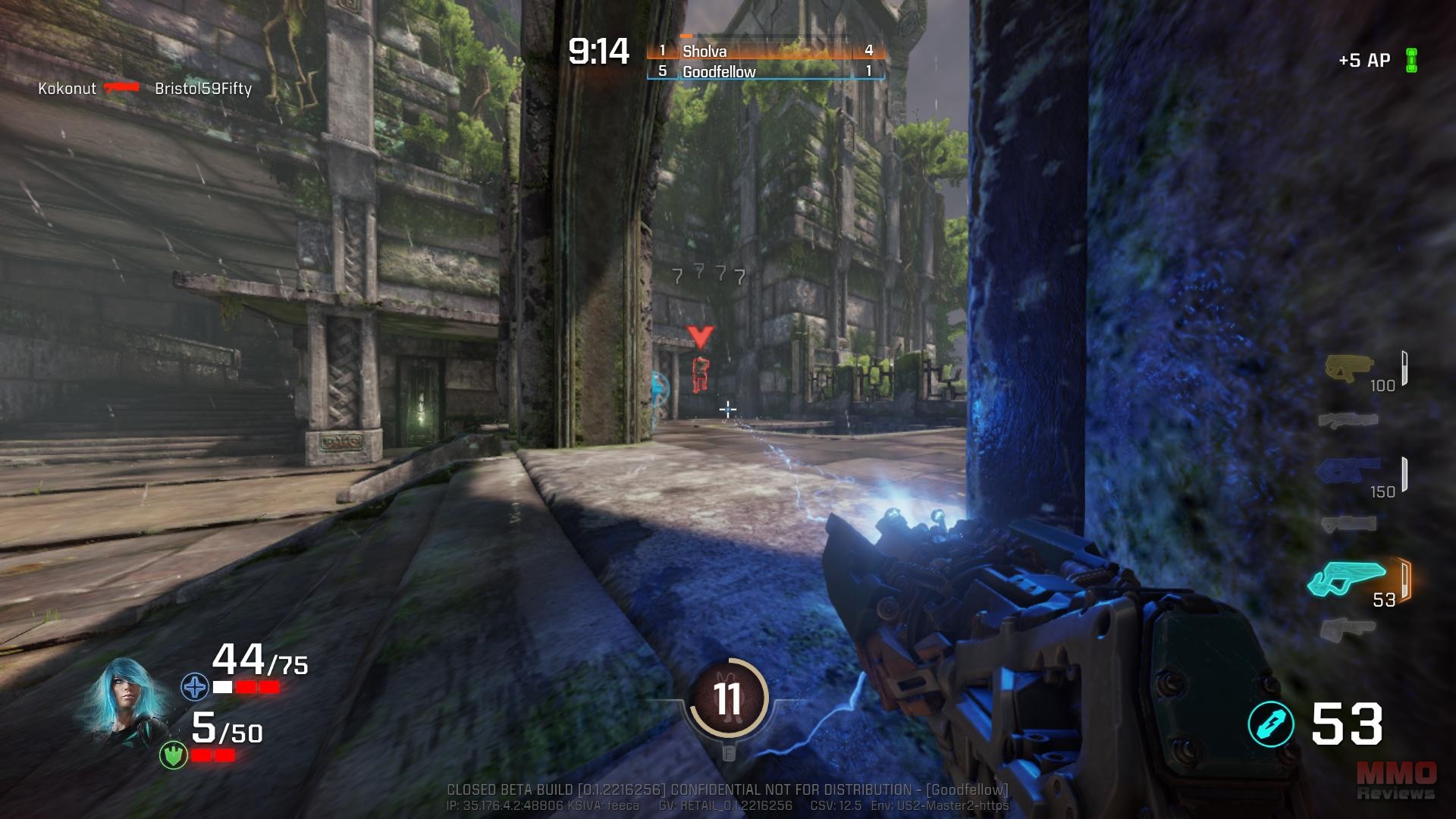 Classic Quake arcade combat brought to a new generation. Quake Champions comes with some classic gameplay, combat pace and classic Quake weapons. An old game made modern with the introduction of “Champions”, where each player character now has unique abilities.

Embodying the traditional gameplay speeds that the original Quake games offered, Quake Champions takes everything that those games were and adds a slightly modern spin with Champions and their unique skills. Players will still bound around the battlefield, launch through the air with jump pads or rocket launcher jumps, pulling off mid-air Railgun frags and more; it’s Quake in every way.

When starting out players can access “Ranger” the only free to play character, for those that simply want to get back into the Quake style of combat, for those who wish to spend real money they can buy a Champions Bundle for access to the rest of the Quake Champions roster:

Anarki – This transhuman cyber punk has a number of physical augmentations and modifications, flying around the arena on his hoverboard, he uses his Health Injection to instantly heal himself and attain permanent boost to his own max health as well as an instant 5 second speed boost to get him away from whatever chunked his health!

Slash – Something of a kindred spirit to Anarki, she was plagued with dreams of an alien plane, one that Anarki has also seen after a few too many surgeries; together they sought it out; skating around the arena on laser skates she leaves a Plasma Trail that damages any enemy following her as well as having the ability to explode the trail with the push of a button

Nyx – Her people were able to push back the marauding barbarians that had conquered worlds, using the powers of the Fathom Orb Nyx and her kind could Ghost Walk and shift into another plane, able to avoid any damage and becoming temporarily invisible, only to instantly kill any target if they rematerialize on their spot; now Nyx faces in the arena one of the exiled Warlords who attacked her people

As with all Quake titles player will make their way around the arena grabbing a variety of power-ups, including the dreaded Quad Damage, making them a fearsome opponent and a lucrative target. With all types of classic weapons from the Railgun, Rocket Launcher and Lightning Gun, players will be able to master them all and use whatever suits their play style.

The game currently features three different arenas where the Champions will battle each other, in time seeing various game modes to accompany them:

Blood Covenant – A gothic style temple with huge stone faceless monks lining the walls, this arena has a church like feel and has a number of notable features such as the Blood Pool and the Catacombs, where deep within players can find respite, health powerups and the Lightning Gun; battling back out of the Catacombs with your opponents all having the higher ground is a different challenge altogether

Ruins of Sarnath – This ancient slime and plant covered ziggurat pays homage to Cthalha, ancient staircases lead to deep fetid water filled chambers, a portal antechamber to navigate the structure, and also lead to the Eye of Cthalha itself to recover the Quad Damage powerup

Burial Chamber – Nestled deep under the lava filled rocks of Mount Ngranek, this final resting place of Shantak, the ancient champion of Goroth the Elder God, is a fitting brutal cenotaph. A crumbling throne room and pouring lava falls, this arena will be the last burial place of many more champions