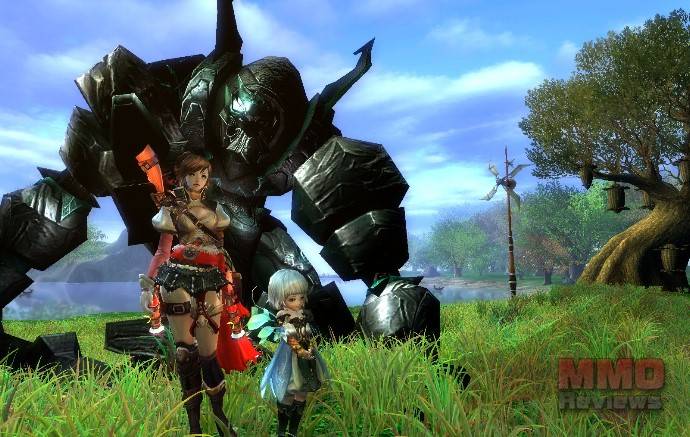 Prius Online is a free to play cinematic MMORPG where players can expect to see many more innovative features such as multiple inventories with automatic sorting, an auction house, countless quests with various goals and requirements, an intuitive Quest Helper system. high quality production, immersive storyline, three character system, and many other unique features.

Complementing Prius’ storyline are many dramatic in-game movie scenes. Unlike traditional cut scenes, the scenes in Prius are rendered on demand, featuring your character in the cinematic sequences.

Two major events transpired after the conclusion of the Hero War. These events would change Prius forever. Almost as if in response to the casualties left behind in the war, some people on Prius began to display healing abilities. As these healers began helping the injured they began amassing followers. The result was the forming of the Prius Church. This organization spread it beliefs across all of Prius. The second major event to follow the war involved the Heroes who lead the charge. As they returned to the homes of their respective races, they always kept in contact with each other. The small contact between the Heroes had a much larger impact then they could have imagined. Their communications and actions laid the foundations for the unification of all races on Prius.

The Three Character System (3C System) allows players to utilize their main character, the Adventurer, their female companion, the Anima, and enormous powerful mercenaries, the Gigas, when in battle. The Anima, whose abilities offer support and protection to the Adventurer, summons the Gigas to demolish bosses and foes. Players get to play all three characters on a journey to defend Prius from evil.

The Anima is more than just a pet or companion in Prius, she is a mysterious force intertwined with the player’s destiny. As they progress through the story, the player will begin to unlock her secrets as well as her destructive capabilities.

The player can expect their Anima to become a close friend, an ally in combat, and even a helpful tool for crafting items. Interacting with the Anima will change her disposition and emotional responses over time, shaping her unique abilities. Players will find the Anima to be both extremely engaging and supportive as the game progresses.

In addition to initial character and Anima customization, there will be various vanity and armor sets available throughout the player’s progression. Numerous costumes and accessories will be made available to the Animas, including but not limited unique dresses and an assortment of wings.

Inside the Atrium, players will find the Gigas Deck, where players can select which Gigas they want during battle and then customize their skills and abilities. The Anima can craft and perform various tasks to complete quests and provide the player with items. The players themselves will be able to place various custom assets around the Atrium, rest, and even view completed quest information.

Gigas are ancient giants introduced during Prius’ historical Hero Wars. These behemoths are incapable of self-will and bend unquestioningly to the Anima’s commands. Once summoned these beasts will, while controlled by the player, overcome the most difficult of foes.

PK
PK Mode is activated by toggling a button on your hot bar. Once activated, players will become an active target for others who have also entered PK Mode. For those who overindulge in PK’ing there will be a Karma Point System with penalties ranging from increased chance at dropping an item when killed to reduced experience from kills.

Coliseum
The Coliseum is the go-to venue for PvP of all levels. Here both casual and hardcore adventurers can clash in battles of up to 18 people. Players can additionally join Unions that fight to increase the group’s performance and improve their standing. The top Union will have various rewards and benefits as a reward for their continued victories.

Coliseum battles have a range of 4 to 18 players at one time.

There are two major capital cities in Prius that will hold two separate Guild Tournaments every week. Once a Guild has entered into either tournament the guild leader can issue or accept challenges from other guilds over the course of the week. The players’ performance during each battle will generate points for their respective guilds. Once a guild wins the tournament and receives the Championship Title they will win large cash rewards and other special items.

Guild Battles can be fought with anywhere from 10 to 40 players per side at any given time.

Prius offers a large variety of dungeons, ranging from traditional instanced, through timed dungoens to arena type survival waves. In an effort to keep players on their toes several interesting mechanics and difficulty settings has been implemented, affecting enemy spawning. Players can expect random spawn locations, random patrols, and even mini bosses. There is a limit to how many times each dungeon can be played per day, however this limit is different for each dungeon.

Prius features seven starting classes, each with its own layer of customization and skills allowing for multiple styles of gameplay. At level 25 players will be able to change into one of two master classes, expanding from their original class.

Occultists
Only the most rudimentary of skills will be reliable for the novice Occultist. While these skills might be only the beginning, have no fear, they will still be able to dominate your enemies. Harnessing the essence of the ice and fire elements all at once is truly a devastating combination. It is no difficult task for an Occultist to freeze an enemy in his tracks and then turn his face to horror as he feels flames begin to engulf him.
Occultists can become an Archimage or Mastermind.

Gunslinger
Gunslingers are specialists at ranged-combat. They have spent their time developing skills that make them a threat at both close range and at extremely great distances. Either coupling quick movements with pistol play or catching their breath for the perfect shot into the horizon, one thing remains certain; if a Gunslinger has her sights on you, they won’t need to be there for long.
As the Gunslinger gains experience she may advance to a become Sharp Shooters or a Duelist.

Berserker
Young Lon Mas are more brute force than they are skilled warriors. Place a few pieces of steel over their knuckles and these warriors will happily engage any threat head on. While finesse might be lacking, once weakness is seen in the enemy, expect these Lon Mas to unleash even more violent and devastating attacks.
Through experience, Berserkers will elevate themselves to either Sentinels or Juggernauts.

Huntress
Not only are huntresses a deadly accurate shot with a bow, they are also capable of achieving small feats that draw their strength from the Spiritual World. The Lon femina take pleasure in seeing the look of disbelief in their opponents face as the wounds they have caused seem to heal before their very eyes.
As a Lon Femina matures, they will be faced with the decision to focus their energies on one of their talents as either an Oracle or an Amazon.

Legionnaire
These desert warriors have modeled their combat techniques after their unforgiving homeland. Existence in a land where any mistake could cost you your life has given the Ayin an uncanny precision and calculated deadliness. Legionnaires can press an opponent with continuous rapid attacks or simply wait for the opponent to present an opening and then capitalize on a well aimed counter.
Legionnaires may advance to join the ranks of Gladiator or Astral Knight.

Minstrel
Minsterls use lutes infused with the power of Magia to play music that carries physical force. Their artistic gifts translate into tremendous fighting prowess that makes them the most dependable ally you can have on the battlefield. Even the fiercest of warriors are consoled to know a Beriah is watching over them.
Minstrels who develop further mastery over their abilities will become an Orchestrator or Siren.

Hume
Humes have the most complicated social structure among the races of Prius, as well as the most prominent individual characteristics. The curiosity that consumes the Hume has left them with an unmatched resourcefulness and the ability to adapt to anything they encounter.

During the Hero Wars some of the males among the Hume began to display some connection to the natural elements of Prius. As they are so curious, they began to study and test this special link until they were able to come to an understanding of how to control it. While the males of the Hume appeared to be blessed with a natural ability that gave them strength to fight, the females were not as lucky. However, instead of seeing this as a sign that they were not meant to fight, the simple saw it as an opportunity to take their fate into their own hands.

Lon
Lons are often seen fluctuating from one end of the spectrum to the other. They switch instantly from joy and merriment to a blind rage if a threat presents itself. They are fiercely loyal to those who have earned their endearment. Typically Lon establish villages or communities with other Lons of the same gender, as there is some hostility between the sexes.

While other races depend on extravagant tools and abilities, warriors of the Lon Mas prefer to feel their enemies dissolve under their fists. Once combat has started the Lon Mas will enter into a state of pure rage that will only subside was their foe is lying at their feet. The Lon Femina favors a different approach to combat than their male counterparts, although they are not to be mistaken as lacking bravery or tenacity. During the time the Lon Femina spent as refuges on the Star Tree, they developed a connection to the Spiritual World that surrounded them.

Ayin
Long-lived, the Ayin have cultivated a grand culture that has stood for countless ages. They are gifted with unparalleled strength, wisdom and beauty; the flawlessness of these beings is envied even by the gods. These racial traits have not gone unnoticed by the Ayin themselves, and it is often said that while all forms of life are in awe of the Ayin, none hold them in such high regard as themselves. Despite their superior physical prowess, it is their ability to analyze and assess situations that elevated the Ayin Males to becoming among the greatest warriors on Prius. Their flamboyant swordsmanship and their razor sharp precision never fail to inflict maximum damage upon their enemies.

Beriah
With a strong focus on the arts and intellectual pursuits, the Bariah are seen in a most unique light by the other races. While their physical strength is insignificant, none can surpass the psychic powers they release through Music. They possess a mysterious power which cannot only encourage or discourage others, but can even restore someone who is on death’s door.