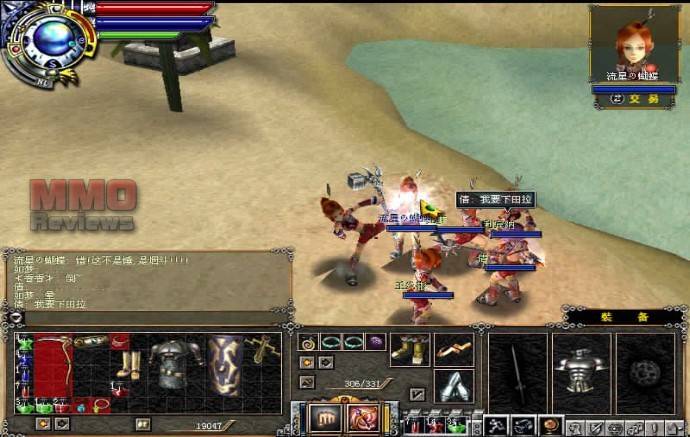 Developed by Yedang Online for Windows.

Priston Tale is a Full-3D MMORPG (Massively Multi-player Online Role-Playing Game) based on the players' adventures in the continent of Priston. The 3D environment allows detailed character models and actual differences in height, making the whole experience much like watching an animated movie.
The free-floating camera also allows a whole 360 degrees of camera movement, and the combat sequences boasts explosive action and effects to bring arcade- level fun to the player.

There are basically active Exchanges & positive relations between them.
In the meanwhile, several portents & airs started occurring in almost all parts of the world. It was so weird that they began to investigate it, and came to discover a prophecy of the ancients. They realized that the content of the prophecy was composed of suggestions & predictions, and almost coincided with the portents & airs now under way.

However, a real and bigger problem was a predi-cation in the last part of the prophecy that a new evil species would appear. As both tribes suspected these facts and considered a counter-plan, in the meanwhile, many kinds of big problems like conflicts & collapses occurred and the world of Priston came to be falling in a state of chaos.

Class change system - The Class Change system is one of Priston Tale's most prominent and interesting features. A starting player will select from 4 classes per race, which will be able to upgrade into 3 higher classes each.

Skill / Spell system - Characters can learn various skills and spells depending on his current class. Each of the 16 attainable classes has their own unique skills and spells, and some prerequisites such as character level or the completion of a specific quest must be met before they can learn the most powerful ones.

Combat system - The battle system of ‘Priston Tale’ takes action style based on “real-time battle system”. A character is designed to conjugate its motions upon items, such as weapon & shield, and its appearances flexible upon skill & magic. The hitting sound and flashlight effect applied for dynamic activities. That is, users feel “making real damage” by luminous & sound effect on the hitting spot at each attack like the fighting game “Chulkwon”. All these effects proceed faster than any other games, and so users bodily feel this game is more exciting and speedy than any others.

Item system - Priston Tale features a unique and exciting item system in which weapons and armor can be specialized, mixed or aged into more powerful versions. Using mixture and aging techniques, each character will be able to develop their own unique set of equipment, making players become attached not only to their characters but their items as well. This system effectively destroys the typical concept of equipment that most MMORPGs have.

Clan / Party system - A Party is a team of characters who group together in order to achieve superiority in battle against monsters. It can consist of 2 to 6 members, and the experience points a party acquires will be divided among its participants. On the other hand, a Clan is a bigger and more enduring team of characters which effectively creates a small community of users, giving them a sense of belonging and co-protection.