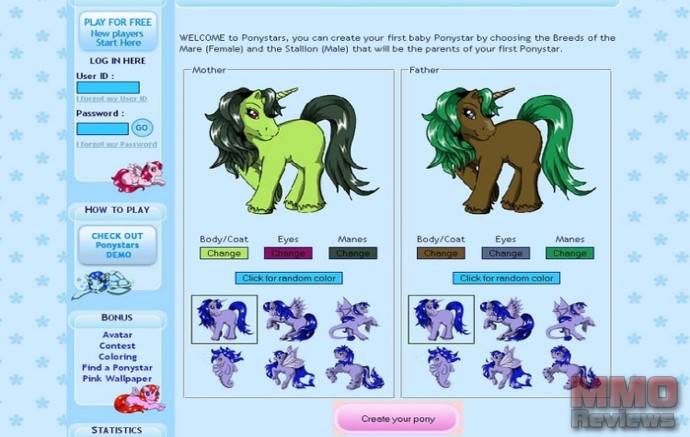 Developed by Acclaim Games for Windows.

Ponystars is the a browser based online game for everyone who loves ponies! Breed, raise and train your own herd of Ponystars. When you play Ponystars, the Fairies entrust you to collect, keep, train care for up to 75 Ponystars in your own herd! You can build your herd by breeding and raising adorable baby Ponystars, or by buying and selling your Ponystars.

Ponystars are noble & innocent magic ponies who inhabit the Grasslands of Fairy Valley. Six different breeds of Ponystars live peacefully in the valley, watched over by mysterious Fairies. Fairies ensure that all Ponystars, even the Wild Ponystars who roam the Valley Grasslands, free and owned by none, are well cared for.

Your Ponystars can also compete with other players in direct Challenges, in Tournaments, and in games, like Ponystar Blackjack. Your Ponystar might be voted the Most Beautiful, or might be recognized for completing the most Quests.