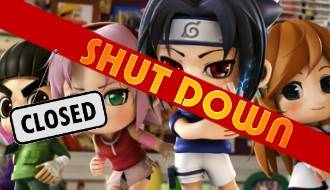 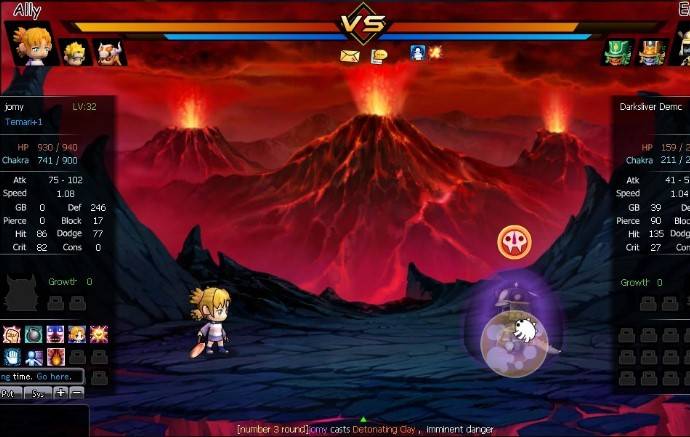 Pockie Ninja is an anime free to play game for internet browsers in which player take the role of a ninja who is entrusted with a mission to defeat the most vicious evil forces. It features a multi class system, and players can play with diversified manga characters.

Exploration
Every explorable map has its own mode, revealing new elements even after several searches. With the raise of exploration level, rewards will be upgraded as well.

Synthesis
Pockie Ninja has a unique synthetic system, which allows players to synthesize any items. Up to thousands combination will let players experience the fun of creation and innovation. A random combination of any three items can achieve unexpected result.

Animation Outfit
Costumes in Pockie Ninja is not simply a clothe show, they will change player's attributes, skills and equipments, providing a list of class options for players to chooses. Hundreds of different outfits offer plentiful attributes and skills.

National League
System will pick eligible players who meet the rank requirement to participate National League.  On the basis of accumulated score, player will attend C-rank league, B-rank league, A-rank league, S-rank league. Only winners of S-rank league are qualified for W-rank championship. Only the strongest can have the chance to win. Each team contest offers unique trophy, which can be synthesized. Player may be granted with generous rewards after synthesis.

World Tournament
The World Tournament is a place for you to contest with other heroes and fight for the championship. From top 16 to top 8, from the final four to semifinals, the strongest player will win the contest. Meanwhile, players can also bet on every battle to win lavish rewards.

Behind the mist of Angel City and deep in the thorn forest hides a wasted land, Demon City. It used to be evil warrior's shelter, but now is very closely guarded. No one can step into the city without permission.

300 years ago, evil warriors were sealed in Demon City. The evil warriors were led by world's most wicked demon, who was notorious for his formidable power and ruthlessness. At his command, the vicious army attacked affluent villages, trying to control the whole world. Disasters befell all villages and residents. They were finally defeated by the Master of Ninja, the supreme leader of Angel City and five villages. A mystic ninjutsu and a secret plot were buried together with the demons at that time.

However, happiness seemed to be short-lived... Restless souls in Demon City wake up form the seal and escaped the city. By using forbidden ninjutsu on innocent animals, turning them into puppet warriors, the evils planed to invade Angel City, release their leader and rule the world again. The abuse of forbidden ninjutsu have caused rapid environment deterioration. Tsunami and earthquake began to erode this once blissful land.

Danger's looming to Angel City once again. The Master noticed a number of ominous signs, but couldn't find out the truth. Hence, the Five Elders were asked to start an investigation. The Elders then sent ninja and samurai to the bramble forest. However, none of them returned...

As time went by, there were not much powerful ninja left in the village, except some youngsters. They were regarded as the last hope to complete this task. Likewise, the destiny of the world was in their hands...

Item mall offers VIP card item, and you can purchase VIP card with gold. Privileges of VIP users include: