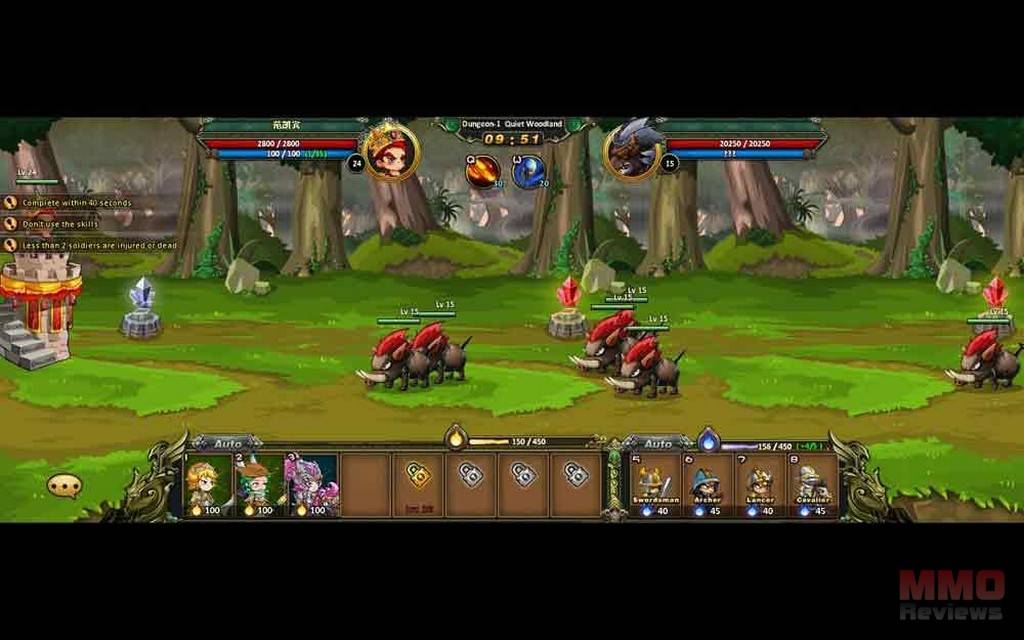 In Pockie Kingdom players take on the role of a King of their own kingdom with the aim to build up their own Empire, expand through diplomacy, trade and conquest against their rivals. There are eight classes of heroes to choose from that will lead your own army into battle in your quest for becoming the most powerful king in the game.

Hundreds of years ago the evil known as Lagasse, a Dark God, declared war on the heavens and the other gods themselves in a brutal battle that resulted in the death of many of the Guardian Angels that protected the world. When the gods thought they were facing defeat as the Dark God grew in power he was confronted by the Angel of justice, Eason, who was willing to sacrifice himself and trap Lagasse inside a crystal crown artefact that was then kept under watch by twelve supreme guardians. Peace is now returned to the land, but for how long?

The aim of the game is to expand your own Empire through strategy and tactics, players must construct buildings in their territory to unlock new features, recruit powerful heroes that can lead your troops in the defence of your lands or to acquire new territory and plunder your enemies. Learn how to trade by producing valuable wares and selling them or trading them to other players as you progress to make a name for yourself.

Players are responsible for building up their own army of soldiers, each unit comes in one of eight types that can be led by a similarly categorised hero. Both soldiers and heroes can be levelled up using Souls to increase their proficiency and skill in battle, the higher players level the more access they have to higher quality heroes to lead their armies. The eight available classes are:

The Lancer - these units are most proficient at shattering the opponents battle array, particularly talented in close range combat and fighting against groups

The Assassin - the primary use of an assassin is to slip by the defensive front lines and attack those defensively weaker, but often offensively more powerful, units hiding at the rear

The Mage - able to harness powerful magic they control their enemies from the backline, even able to cast powerful ice magic and freeze their targets in place

an important area in Pockie Kingdom is building up and managing your own economy back shooting a variety of shops, each of which can produce different items that can be sold and traded with other players. Each Castle can hold eight shops, 6 normal (Bakery, Fruit Store, Furniture Store, Tools Store, Toggery and Ham Store) and 2 gold shops (Gem Store and Silverware Store). The shops require gold currency to purchase and are unlocked by completing different quests, once the six normal shops have been on locked players can then unlock the gold shops.

one of the main currencies in the game that players can earn from a variety of sources is silver, which is widely used for most of the game features like building construction, technology research, hero recruitment and more. Gold currency is a more premium currency and considerably more valuable and can be used to purchase unique items that are unavailable using silver.