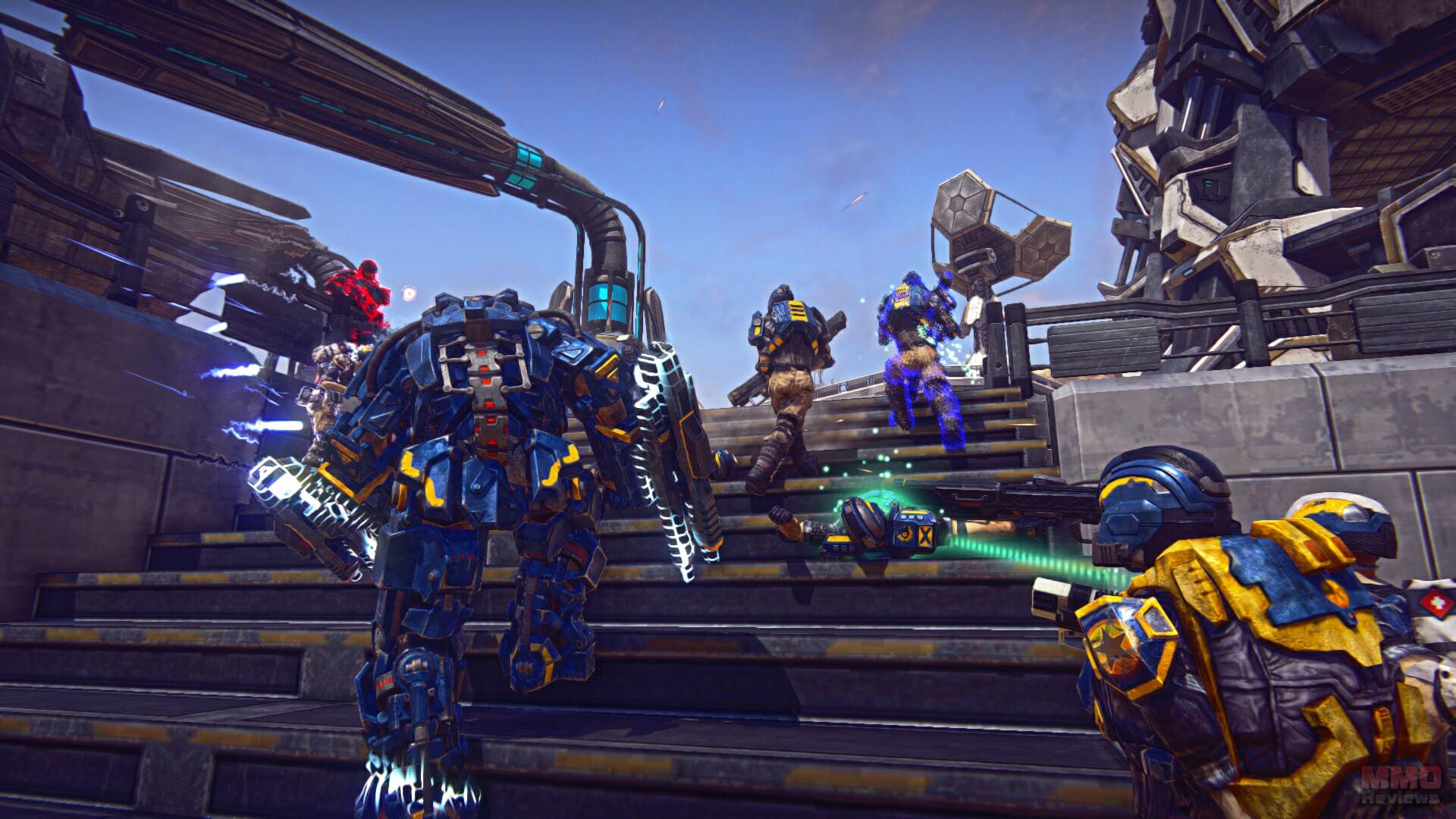 PlanetSide 2 is a massively multiplayer online first person shooter that delivers truly epic, massive combat on a scale never before seen in stunning, breathtaking detail. Battles wage with literally thousands of players aligning with one of three unique factions in intense land, air and vehicle gameplay where the fight for territory is more than a victory, its survival.

Across the continents of Auraxis, thousands of players will come together in enormous battles to win control of critical territories and key resources for their empire. With an extensive skill tree and free-form class-based system, players will be able to customize their soldier, weapons and vehicles to match their play-style, as well as the needs of their squad, outfit or empire. Battles can last for days or weeks, so players will need to build alliances and get specialized combat outfits to take on long-term strategic and tactical initiatives. With air and ground combat, the battles will be larger and more intense than ever.

Massive Warfare: Battles will take place not between dozens of troops, but hundreds; with air and ground vehicles slugging it out alongside squads of troops. Whether in open fields, tightly-packed urban centers or enormous structures, winning will require strategic teamwork and a quick trigger finger in the massive battles.

Persistence: In Planetside 2 battles will last longer than a match timer. Battles will last for days or weeks, and finally taking control of the base means it’s yours until someone can take it back. Working strategically as a team to capture key tactical positions such as power plants and ammo depots will have long-lasting effects that can shift the tide of battle.

Enormous maps: PlanetSide 2 will launch with several continent maps; every inch of which will be contestable space. With the new territorial control meta-game, landmass will have intrinsic value even without notable installations or major features.

Free-form class system: Players will be able to unlock diverse combat roles by advancing through the skill tree, including several classic roles from PlanetSide. As players unlock new roles, they will be able to switch between them at will.

Mission system: Both SOE and players will be able to drive content, easing new players into the game and allowing veterans to feed content to players.

Skill trees: Players will be able to build their soldier to match their play-style, or to match the needs of their squad, outfit or empire. Each combat role, vehicle and weapon will have extensive skill trees. These cert trees will allow players to grow characters laterally, unlocking weapons, attachments, equipment, specialized skills, and more.

Outfits: Outfits (guilds) will also be able to customize themselves – allowing outfits to have their own identity, reputation and role in the ongoing war.

Weapons: Players will be able to access more than 20 basic weapons, which can be customized to players’ preference or purpose.

Vehicles: More than 10 vehicles and two exchuslive vehicles for each empire. Players will be able to customize each vehicle, unlocking new skills and features

Vivox Integration: Players will be able to communicate with their squads both through keyboard and voice chat.

Terran Republic: With a militaristic government, the Terran Republic uses its Imperial authoritarian might to impel humanity to peaceful coexistence through any means necessary.

New Conglomerate: A loosely connected group of rebel factions and idealistic freedom fighters, the New Conglomerate fights against the hegemony of the Terran.

Vanu Sovereignty: A technocratic faction that believes humanity can only evolve by rediscovering and tapping the lost technology of the Vanu.