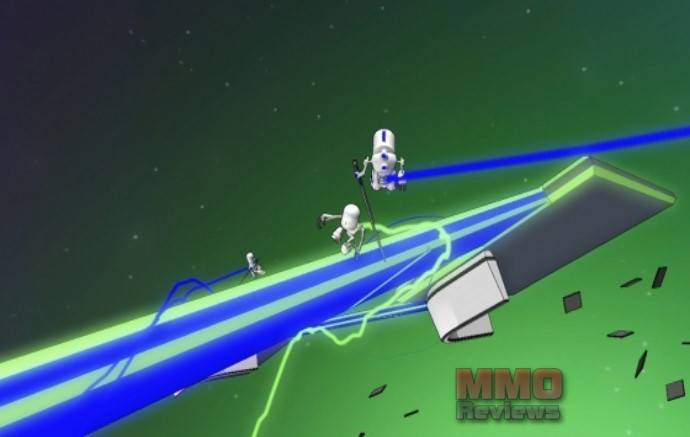 Plain Sight is a 3D arcade game with robots, bombs, swords and messed up physics. You jump around and defeat opponents, upon which you blow yourself up and whoever gets killed in the blast adds to your banked points.

In Plain Sight, you are a cute robot who will be fighting with other then. But at the beginning your power is weak and just own one point. So you should earn points and increase your size by slashing opposing robots to death and stealing the points they themselves have accumulated.

If you want to bank more points, perhaps you should commit suicide by blowing yourself up. The more opposing robots you take out in the resulting explosion, the more points you get!

The robots in screenshots are really simple but it's cool, isn't it? The game requires players' preoccupation to play, or you may still be a little robot as the game's beginning.