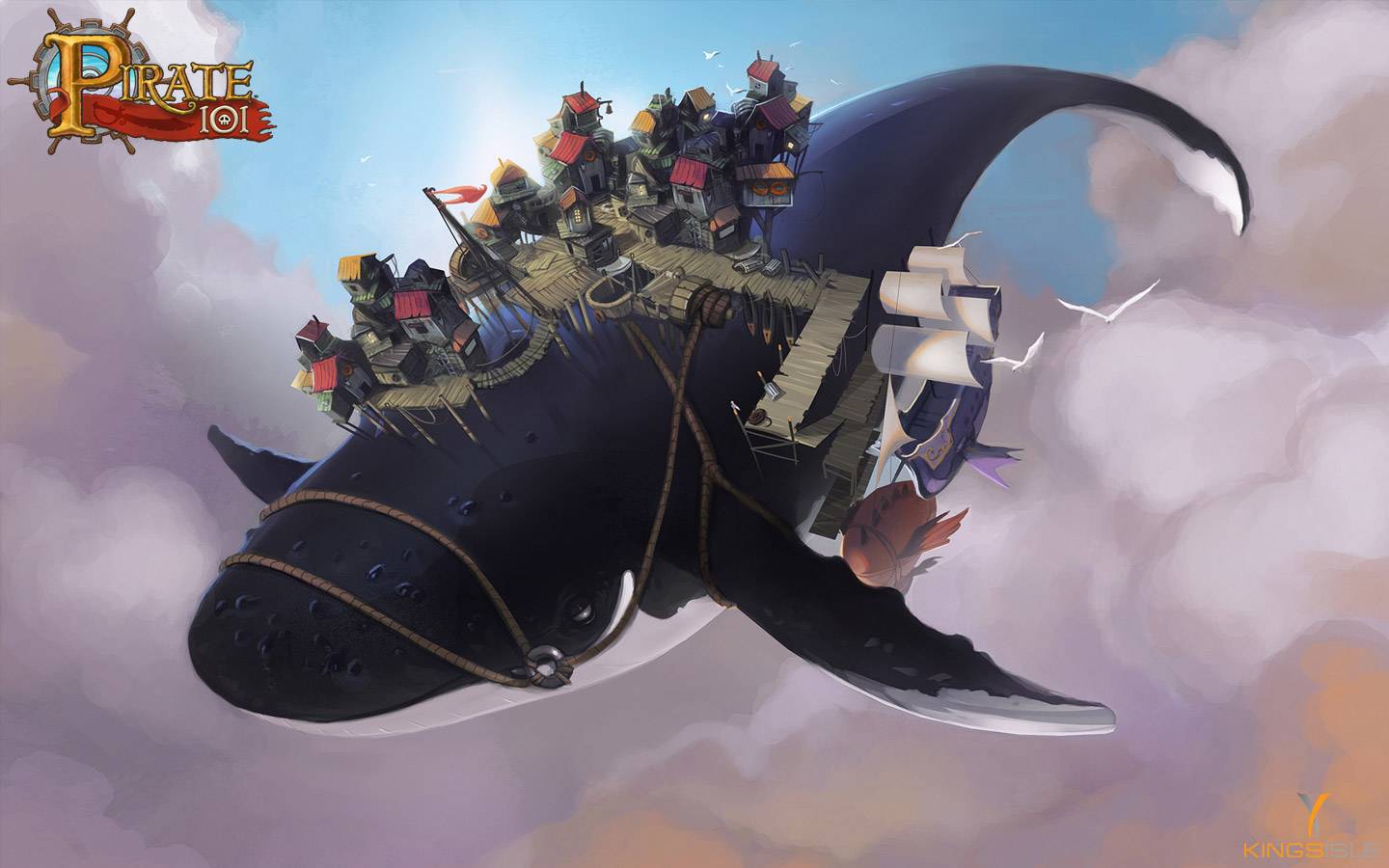 Pirate101 is a MMO (Massive Multiplayer Online) kid safe game where players of all ages can join together online to quest and make new friends. It is free to play! That means you start your fun adventure with no charge and play for free forever.

It is a wondrous time of exploration and adventure, when tall ships fly the endless skies. Not long ago, a generation of explorers led by the great Marco Pollo opened and mapped dozens of connections between the various realms. Trade and commerce sprang up all over the Spiral, and many nations learned that the size and strength of their fleets were the key to their destiny. Marleybone, Valencia, Monquista, and Polaris emerged as the dominant powers of the era, forming colonies and forging trade routes that made them wealthy and powerful. Grizzleheim and many other realms, tried to stay neutral, trading with all and claiming no empire.

When you're not out questing on the open Skyway, try your hand at some of the Pirate101 mini games. You can win cool items for your Pirate or Ship, and have a lot of fun with these mini Pirate games. The mini games are located on the Skull Island fort by the carnival wagon as well as on other worlds and include challenges like Coin Drop, Pirate’s Pub, Powder Keg, Rat Attack, Rogue’s Range and Windjammer.

With many online safety steps in place, Pirate101 creates an environment of fun gameplay and adventure that the whole family can enjoy together. Win items for your custom Pirate ship in the mini games, and fight tough boss battles to collect rare gear like Pirate swords and epic outfits. Fend off enemies with your Pirate ships' cannons or jump on board enemy ships and defeat bad guys with innovative board game style combat.