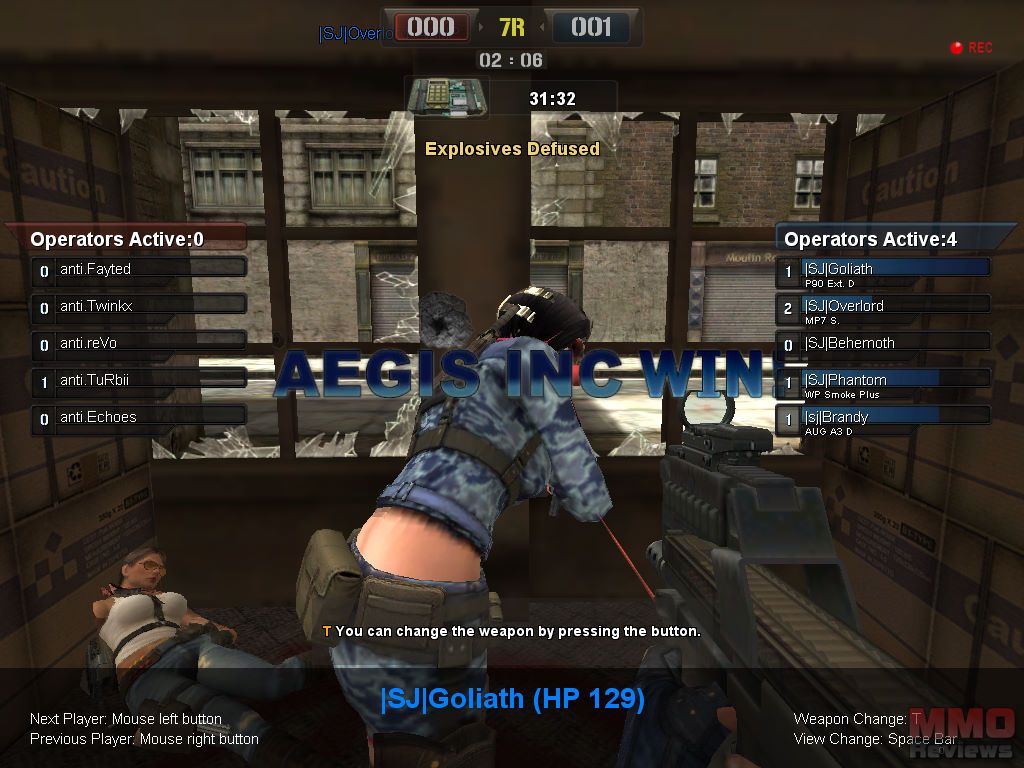 In Piercing Blow players step into the shoes of an Operator in this class-based first person shooter MMO with exciting PVP battles focusing on both solo and team based cooperative combat across numerous maps and modes with heart pumping competitive battles.

At its core the game focuses on PVP combat with elements of solo play and team based fighting, including the formation of Clans where players can fight competitively or Clan Ranking or partake in e-sports tournaments. Players will accrue XP and currency as they play through battles to gain access to new Skills and Weapons/Armour to customise their own characters, giving them a more personalised edge in battle to complement a player’s natural combat style (melee/midrange/long range) and includes Quest content to give players XP boosts. With numerous maps and modes this first person shooter is extremely fast-paced and requires fast reactions and accuracy to survive.

Players will be able to fight through 47 unique maps that take them to a wide variety of environments, terrains and themes ranging from city metropolises, Middle Eastern villages, military bases and fortifications and a variety of internal structures such as luxury hotels and bunkers. The levels have been meticulously designed so that those that have learned the layout can take advantage of the enemy, finding the best points to wait out their enemies and using the sound of their footsteps to be alerted as to when they are coming. With destructible environments players must be careful where they take cover as it can be penetrated with a solid round of fire. Each map has set game modes that can be played on it.

There are multiple modes in which to explore and master in the game, as well as a Custom option where players are able to change different options in the game including the time limit, score target and the available weapons that can be used by players such as sniper rifle only or melee only battles:

Deathmatch - a classic game mode that focuses on every man for themselves, as players continue to respawn the objective is the first to reach a target amount of enemy kills all the player that has the most kills when the time is up

Demolition - one team must defend two areas that are being targeted as bomb sites whilst the other team try to plant C4 charges, the defending team lose if one of the sites is blown up but both teams can claim victory by simply eliminating all of the enemy players as there is no respawning

Sabotage - similar to the Demolition game however players can continue to respawn and both teams have a bomb site target and one that they must defend providing a more tactical game where players must strategise on whether to be aggressive or defensive; the winner is the team that manages to destroy the other players bomb site or those who have felt the most damage when the time is up

AI Challenge - in this mode for players can fight cooperatively against 8 enemy AI players, when setting up the game players are able to choose the difficulty of the AI from 1 to 10 providing a greater challenge that is perfect for training as players kill/death ratio is not affected