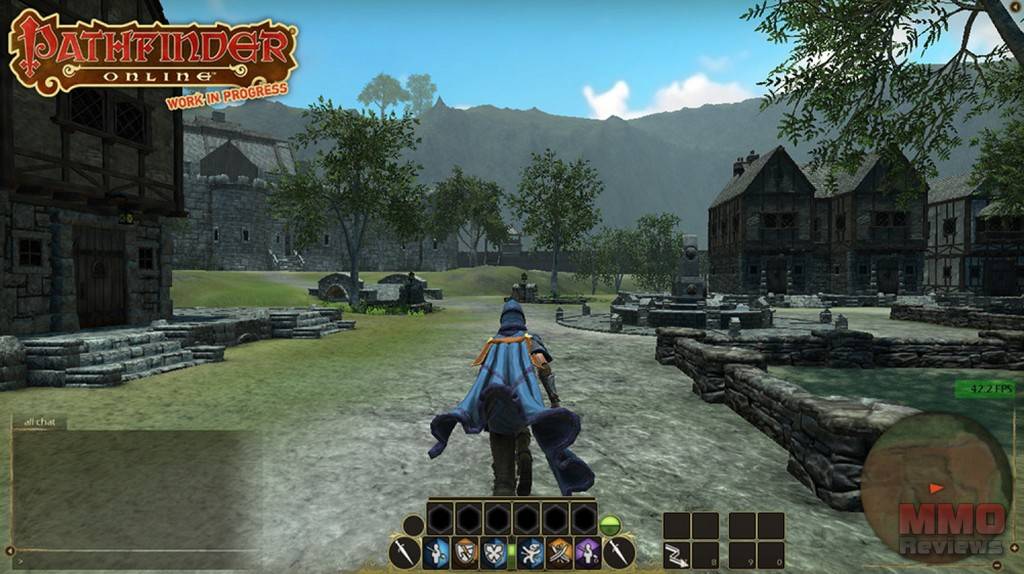 Pathfinder Online, the classic tabletop RPG of swords and sorcery, in partnership with the original publishers of the campaign Paizo Publishing are creating a next gen sandbox MMORPG to bring this classic tabletop system to your computer screen. With a mix of both sandbox and theme park type elements players will adventure across the magical realm, shaping it as they do so and carving out a life for themselves.

The world of Pathfinder mixes traditional fantasy with more modern day elements with the wild and vast collection of beasts, monsters, heroes and villains. The fantastical realm of magic and mystery awaits budding adventurers who will journey across this epic land in search of treasure and glory delving into the deepest dungeons, climbing deadly mountain peaks and exploring ancient catacombs and ruins. With this sandbox open world MMO players will directly be responsible for shaping the environment with their actions and be able to settle these wild frontier lands and director own player cities giving rise to play run communities.

Taking a step away from the typical classes seen in other MMO’s, Pathfinder Online will instead focus more on individual skills that players can raise over time simply by setting the skills they desire. After the duration has expired players skill will automatically raise meaning the end of the wanton grinding of mobs and craft items to try and raise your skill, opening up more time to actually play and enjoy the game. Some skills will require specific achievements in order to complete them, which will in turn unlock new avenues to train.

As players level up specific skills they will raise the level of particular Roles that their skills make them suitable for and thus giving extra benefits. Roles cover many different aspects of life in gameplay and offer something for everyone including Fighters, Diplomats, Spies, Traders and Crafters.

The dangerous adventuring life isn’t for everybody, some prefer to settle down, make a life for themselves and while their time away at their craft creating items and running and operating their own business. A full selection of craft skills will be available and players will real to focus solely on being a crafter if they wish, taking on this role full-time they will be able to create items for themselves as well as budding adventurers. As well as this it is the crafters that will be responsible for constructing the buildings for player housing that will give rise to a huge player cities as well as each shop and tavern that populates those streets.

Whilst adventurers rely on crafters to build them a homestead, so too will the crafters rely on the adventurers to bring them hard to acquire resources from distant and hard to reach regions filled with all manner of dangerous inhabitants. This symbiotic relationship will create a truly effective player run economy where players can turn their trade recovering resources and transporting them to their needed location, acting in a Merchant, Auctioneer or Trading Role and ultimately as a trained Artisan mastering their craft.

All too often in MMO RPG is combat is simply a feature tagged on the end due to players wanting the chance to compete against each other in battle, with a little purpose or reason for the conflict been given. In Pathfinder Online players will be able to join good aligned factions where combat against their enemies will be rewarded mechanically, as well as a fully functioning player bounty hunter system where players can set to bounties and each other as well is choosing which players can claim them. Main reason for this is to first and foremost give a purpose to PVP puts also avoid random pointless PVP and griefing.