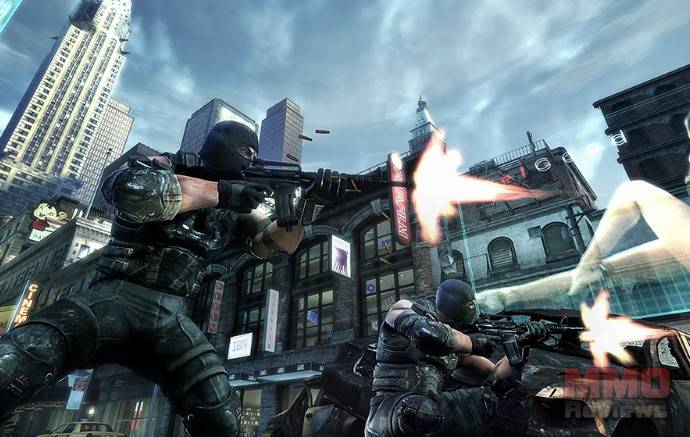 Developed by Acony for Windows.

It is 2018 and wars are being fought in a whole new way. Armies stand idle while specialist teams carry out precision strikes - straight in, straight out and get back home in time for drinks at the bar. This is a good time to be a mercenary. 'Private security' firms handle everything from ground-pounding to covert operations. Governments like the deniability of mercenary actions and mercenaries like money; everybody wins.

To some, this new reality blurs the line between warfare and terrorism; to the men and women on the frontline however it is simply business. Welcome to your new office.

First Dynamic Multiplayer Campaign Mode
•The very first dynamic multiplayer campaign mode in the online FPS genre
•Take part in a massive battle throughout entire cities, starting with NY
•Non-linear sequence of maps
•Every battle contributes to the outcome of the global campaign
•Choose different routes to conquer the city
•Lure antagonists into traps and modify the fate of the campaign by completing special missions