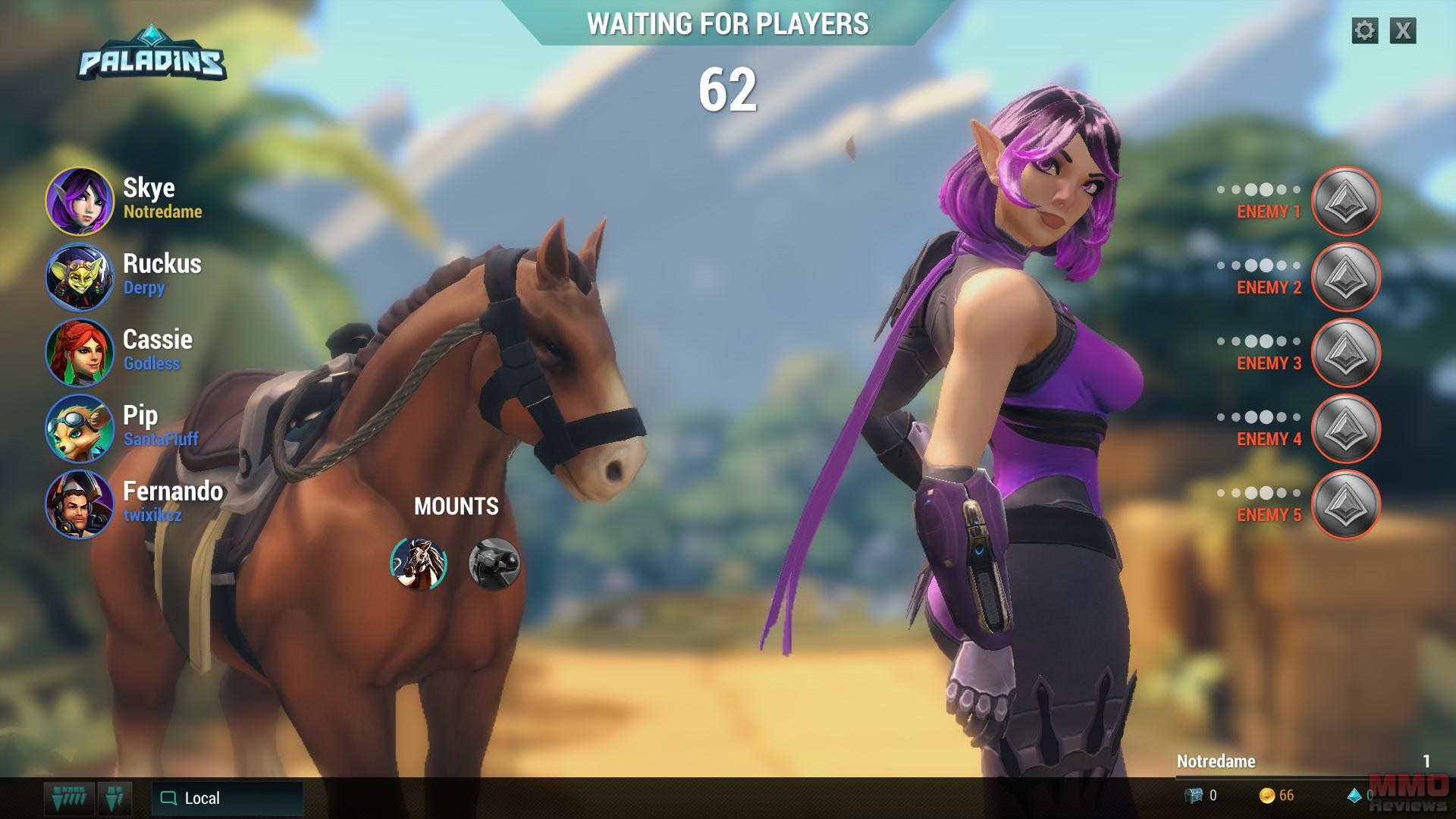 Paladins sees players battling in teams in a 6 v 6 objective focused battle playing as unique Champion characters equipped with their own skills and styles of play. Whilst the game is a traditional shooter game there are elements of MOBA gameplay involving in game skill advancement that add a new dynamic to the game.

Currently the game revolves around one primary game mode on the Temple Ruins map where players find themselves with the same team based objective: break down the enemies’ defenses, infiltrate their base and get access to the Vault. This puts players in the position of both defender and attacker simultaneously, but whilst the map is vast and extremely open, typically players will stick together as a team as their objective shifts.

To make getting access to the Vault easier, done by destroying three gates, players can do their best to summon a mobile Siege Engine that will spawn and slowly journey towards the enemy base, requiring the team to escort it as the enemy team try to destroy it before it gets there. Summoning a Siege Engine is done by capturing one of the two control points that become active at different times (so two Engines can’t be summoned at the same time).

There are a variety of Champions available, with more to be added over time, each of which has three unique skills including a movement skill to give the character some added mobility for a short period of time. Each character is also able to summon a mount, useful for quickly getting across the huge map when dying and respawning at your base to then get back to the rest of the team. A few available Champions are:

Whilst every Champion has their own skills and abilities, each of them can be further customized in battle using Skill Cards, which can essentially change their role mid battle based on how the team is performing, what other Champions are in the team and based on who their opponent is. With different choices of cards players can take a Champion and focus them on dealing more damage, offering heals, increasing defense or giving them new abilities altogether.

Before each match players must put together a Skill Card Deck made up from cards they have collected, during the battle players will level up a maximum of five times and three cards are randomly drawn from the deck; one for Armor, one for Weapon and one for Ability and the players gets to choose which one they wish to gain boosts from. The same card, depending on at what level it is drawn, will offer a greater boost if selected at a later level than at an earlier level.