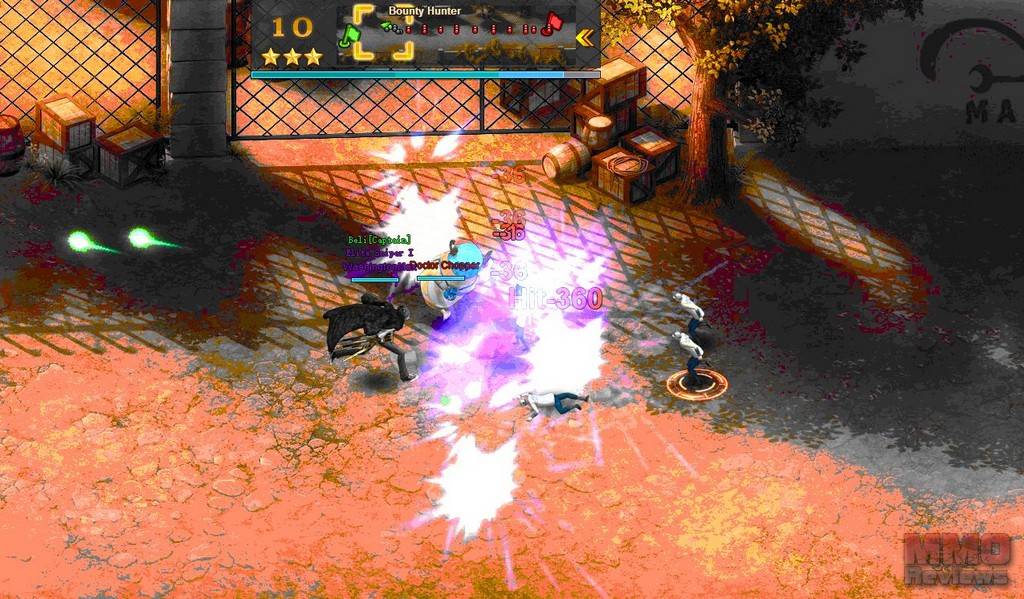 OnePiece Online is a fun and fresh free to play team building MMORPG based on the Japanese manga of the same name, in the game players take on quests from a selection of famous characters from the series, recruit new Partners to their crew, and explore a huge world as an up and coming pirate. The game is completely browser based and only requires an account registration to play.

At its core One Piece is a traditional RPG where players build up a main character that is the protagonist in their own storyline, responsible for levelling them up with XP gained from completing quests the player will unlock new abilities and game features along the way. Players will be tasked with taking on Partners to help them in battle, both against the challenging AI and also against other players in PvP, a key feature of later game content.

The three primary classes available in the game focus on different types of combat, which in turn changes up an individual players strategy as to the types of NPC Partners they will want to recruit into their group:

Sniper – favouring the gun in combat this long ranged marksman is strong against the Devil Fruit User, but is restrained by the Swordsman class

Swordsman – an exceptionally skilled fighter trained in the art of swordsmanship, she is strong against the Sniper, but is restrained against the Devil Fruit User class

Devil Fruit User – mastering the magic of the Devil Fruit, this long ranged caster also uses pets, she is strong against the Swordsman, but is restrained by the Sniper class

To take on many of the challenges in the game players will have to recruit Partners to help them in their task, companions to fight by their side made up of the most wanted Pirates and criminals in the world. To recruit a new Partner players can enter the Tavern and spend in game cash and Vivre Cards on the Bounty system to acquire them, the more money a player spends on the system relates to how “Wanted” a Partner is and how powerful they are likely to be.

Partners can come in Blue, Purple, Red and Gold versions (weakest to strongest) where each type of Partner apart from the Blue has their own unique attacks and abilities making them powerful allies. Blue Partners do not have any skills of their own but when combined with another named Partner or a particular item then they unlock Fate abilities that make them equally strong, but forces players to have specific Partners in their team that they might not otherwise have.

As players level up they unlock further slots in their Formations to have multiple Partners assisting them at all times, players are able to choose the positioning of a Partner in the Formation source are best utilise offensive and defensive positions. Players will unlock further Formations that may best suit their chosen class as they progress through the game.

When acquiring a quest players will typically have to fight against a powerful NPC, working their way through a quest chain they must complete various Challenge stages. These challenges consist of battles that require a player and their team to defend their own Pirate flag, the flag is able to take 10 attacks before the player loses the game and so they must defeat all enemies in this time. When a player successfully defeats the enemy they will be graded on their performance with a maximum of three stars to be earned if their flag was not damaged which will yield them a greater amount of XP and extra bonus rewards. During the battle players are able to move around their own main character and the Partners will be automatically controlled by the AI, however if left untouched a players main character will also go into automated combat and take on the enemy without player involvement.