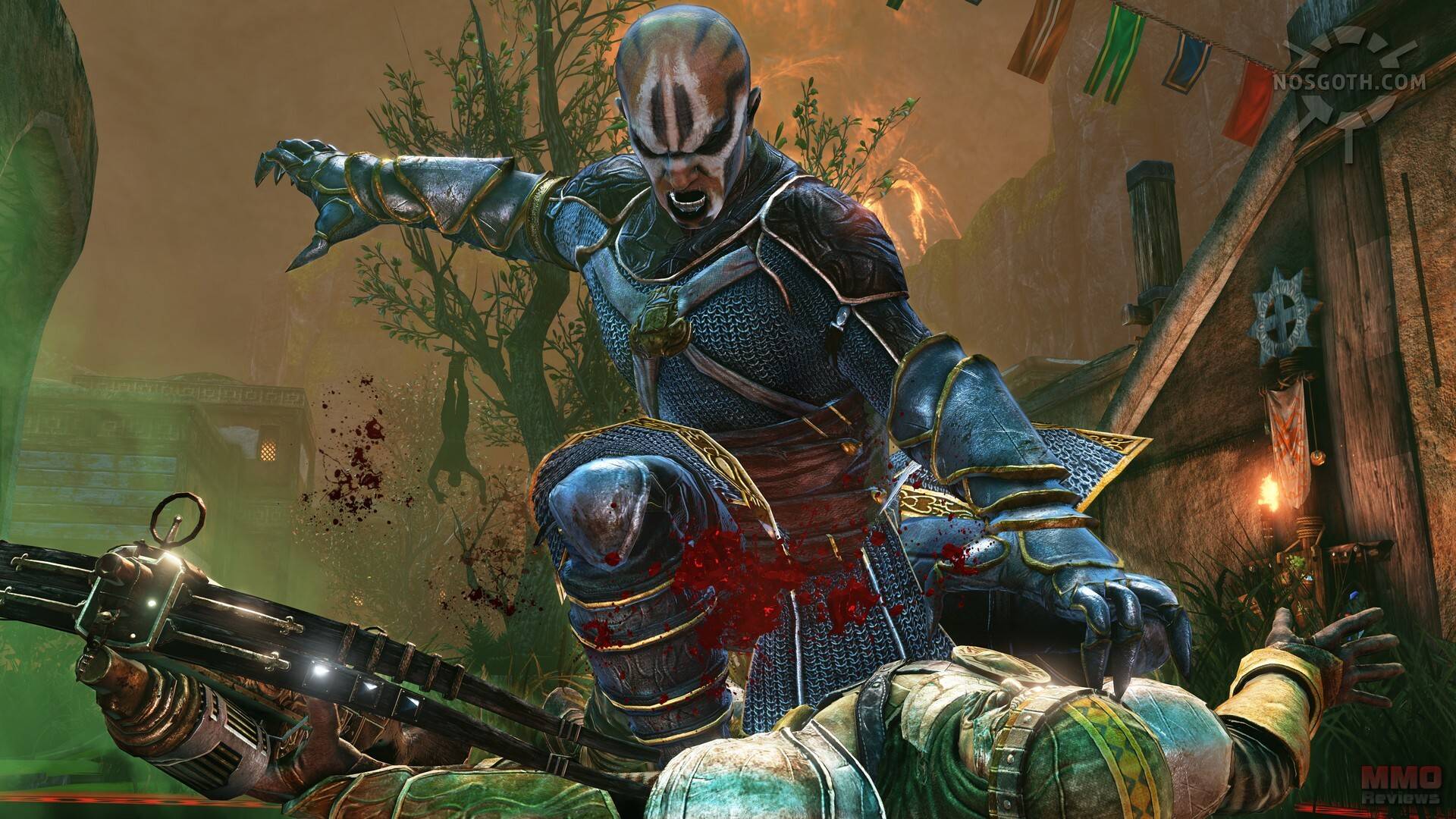 Nosgoth is a free-to-play competitive third-person online multiplayer game set in the brutal fantasy world of the Legacy of Kain series. In the game, you can embody a human or a vampire and fight in vicious PvP combats to control the land they both share and call home.

After millennia of conflict and visceral hatred since humanity began his crusade to eradicate the vampires, since they were cursed with immortality and blood-thirst. Down the ages, have fought to destroy vampires and vampires have struggled to subjugate humanity. The conflict was resolved by the fierce will of the vampire Kain, subjugating Nosgoth under his rule and establishing his unassailable.

The humans who did not accept to be toys, servants or food were pushed out to the edges of the world, carving out an existence in the mountains and deep forests of Nosgoth. Then, Kain disappeared, leaving his throne and his empire in the hands of his five lieutenants. It was not long before their respective Clans began fighting among themselves. With the vampires focused on their internal squabbles, Nosgoth’s human population seized the chance to grow stronger. Cities were rebuilt, skills relearned and humanity’s power recovered to the point where they could launch a devastating attack on their vampire masters. This attack reunited the warring vampire clans in the face of a common enemy. Now, each race is pitted against the other.

In Nosgoth vampires and humans are fighting in a brutal war for survival and supremacy.

The game’s two rival factions each offer multiple distinct classes that players can choose from, amongst others Hunter,  Scout and Alchemist for the human side and Tyrant, Sentinel and Reaver for the vampiric faction.