Nords: Heroes of the North score:

Nords: Heroes of the North screenshots: 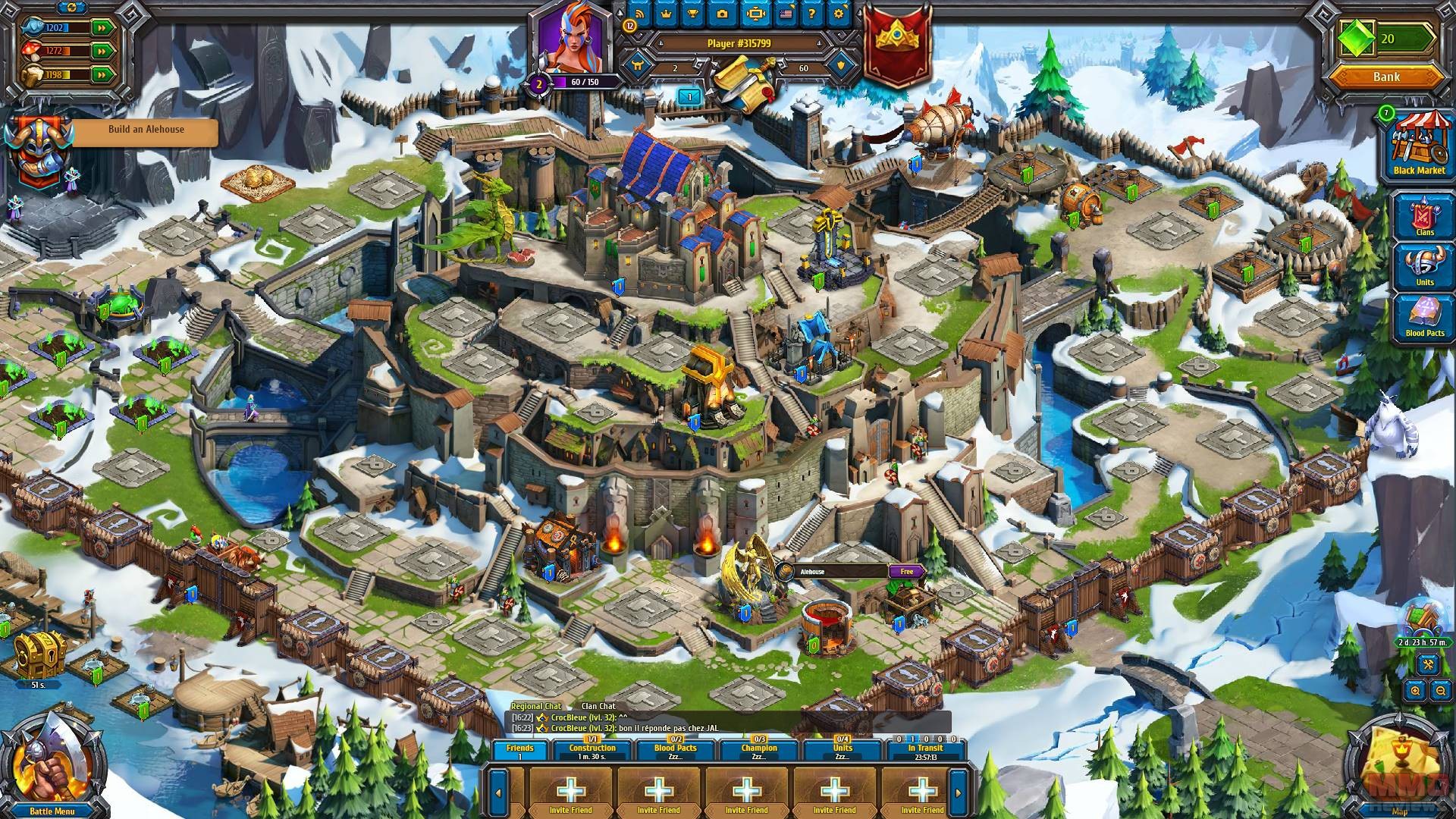 Nords: Heroes of the North

Nords: Heroes of the North review:

Head to the land of Shingård, an icy and forest packed landscape where only the bravest and strongest can survive, more so now as the armies of the Cold Legion have arisen from their icy graves under the command of the Ice Queen. Nords: Heroes of the North puts players in the role of a Hero tasked with defending the lands and their own stronghold, offering strategic gameplay that can be played through any internet browser and is completely free to play.

The game primarily focuses on combat driven strategy, whether facing off against the AI Cold Legion or competing against other players as they raid each other’s strongholds to assert dominance, gain glory and earn great reward. Players will have to collect resource, construct their stronghold’s building, unlock Blood Pacts and train up their own army to defend against their enemies and rivals and actively crush them into the ground!

Within a Lord Marshals stronghold they are able to construct a number of buildings that will help with the running of their growing empire, such building types are:

All buildings can be upgraded to increase capacity, power and resource output

Resources are consumed by most actions, particularly when constructing or upgrading buildings as well as training new units, units also require a constant source of resources as maintenance cost to keep them fighting.

Another key resource is Emeralds, a premium resource that can be earned from time to time in game but also purchased with real world currency. With Emeralds players can use the Black Market to purchase a variety of things including missing resources that they may require, boosts to increase production and travel time, Scrolls of Negotiation to update Blood Pacts, unique dragon units as well as the ability to heal any fallen units as opposed to simply retraining new ones (which takes longer).

Lord Marshals must work alongside the other factions and sign Blood Pacts to learn new abilities, unlock new functions, gain access to new buildings and ultimately be able to train new types of units from the four main factions. The Blood Pacts are in the style of a research technology tree and so certain Pacts can only be access by unlocking those Pacts in the chain leading up to it, similarly there are often certain building level requirements before a Blood Pact can be signed.

There are dozens of units that can be access through unlocking Blood Pacts:

Nords: Heroes of the North game