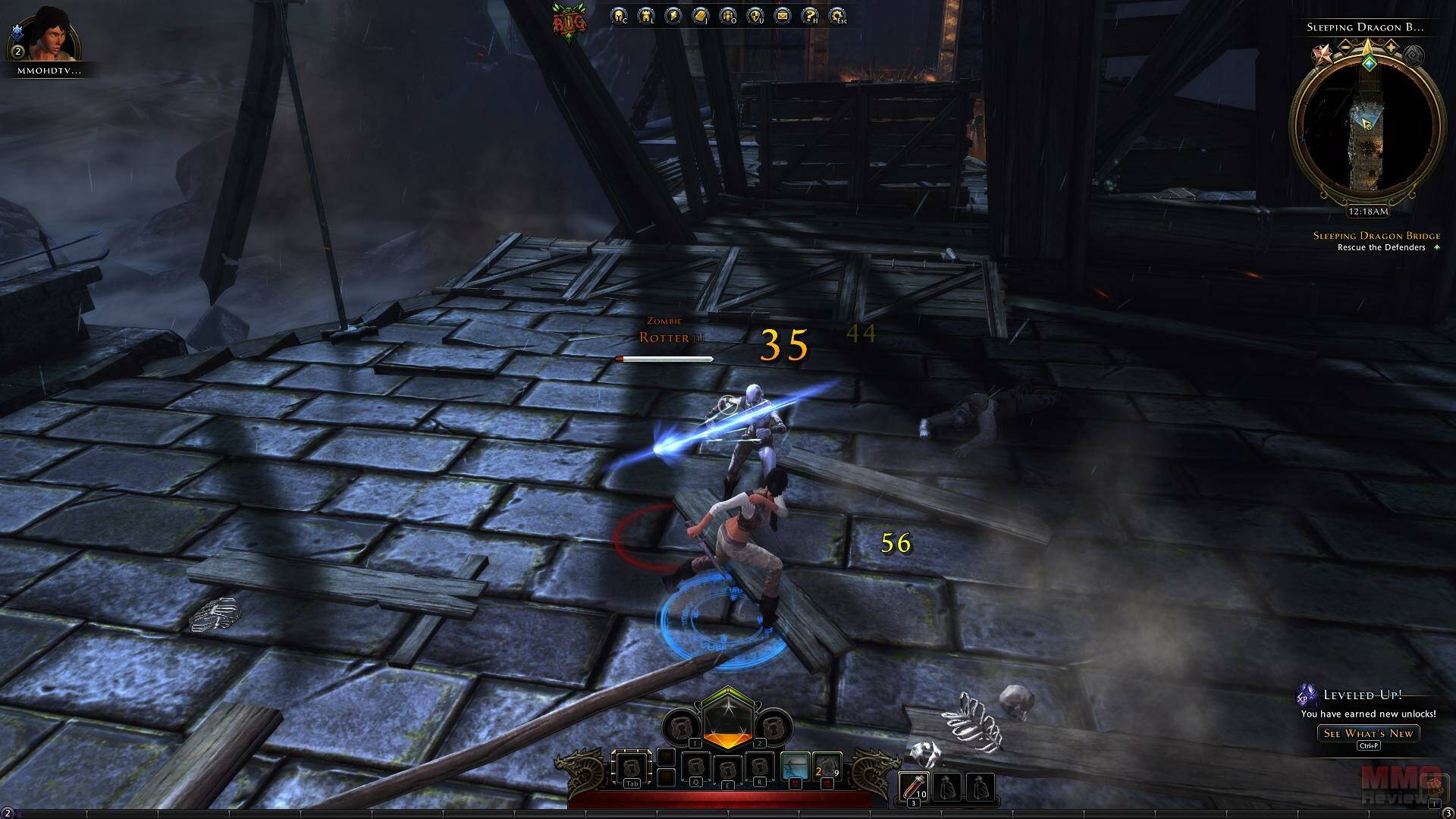 Explore and defend one of the most beloved cities from the Dungeons & Dragons Forgotten Realms Campaign setting as it rises from the ashes of destruction. This immersive MMORPG will take players from the besieged walls of the city to subterranean passageways in search of forgotten secrets and lost treasure.

- Neverwinter reborn: Explore and defend one of the most beloved cities from Dungeons & Dragons.
- Challenging, complex, classic: Epic stories, action combat and classic roleplaying await you.
- Build your fantasy: Easy-to-grasp adventure creation tools empower players to add their own.
- Forge your path to glory: Encounter dangerous foes and perilous environments while working strategically with others.
- New D&D, beloved D&D: A true Dungeons & Dragons experience, brought to life with the dynamic Cryptic game engine.

One hundred years ago, the Spellplague forever changed the magical and mysterious lands of Faerûn. Powerful empires fell and great cities toppled, leaving only monster-haunted ruins and survivors struggling to rebuild. The city of Neverwinter seemed to be the only place blessed by the gods, surviving largely intact while the rest was devastated by the event.

However, its inevitable doom arrived nearly 75 years later when a volcanic eruption rained fire, ash and molten fury upon the city, annihilating everything in its wake.

Today, Neverwinter has restored much of its former glory. Lord Neverember of Waterdeep has taken the city under his protection and put forth a call to all adventurers and heroes of the Savage North to help rebuild Neverwinter, hoping that one day he can lay claim to its throne. But evil forces conspire in the dark places of the world, seeking to undermine all...

At the moment, the game offers six races the players may choose from; this selection will be extended later on. For launch, the developers promise eight playable races. So far, there are:

Humans - Human individuals not only significantly differ from each other regarding the appearance but also in respect to the way they live their lives. They’re a very adaptable people, capable of surviving in many different climates. This adaptability allows them to excel in nearly any condition.

Half-Elves - Descendants of both human and elven parentage, half-elves combine the best traits of men and elves alike. Due to their strong sense of wanderlust, many of them don’t stay in one place for too long. This makes them natural adventurers, with many finding them to be excellent allies and steadfast friends.

Elves - The long-lived elven people are a slender, athletic folk that tends to live in heavily wooded areas. They have watched as much of the natural beauty in Faerûn faded from existence, but they do their best to preserve and restore the natural wonders of The Forgotten Realms.

Drow - More commonly referred to as Dark Elves, Drow have characteristics similar to their elven kin, but can be easily identified by their midnight black skin. A matriarchal society, Drow tend to live in the Underdark; some of them, however, have fled to the surface of Faerûn.

Dwarf - The short and stout dwarven race claims to have been hewn from the very rock they call home. They are a strong, hardy and dependable people with deep respect for their ancestors, gods, and friends. For them, there’s no greater honour than to stand by and protect an ally in battle.

Halfling - Halfling are a small race known for their resourcefulness, quick wits, and steadynerves. They are a nomadic folk who roam waterway and marshlands. No people travel farther or see more of what happends in the world than Halflings.

Tiefling - Burdened by their race’s past, Tieflings walk through life haunted by their dark and sinister bloodline. Their devilish appearance has prevented many from earning the humans’ trust. Thus, many of them have come to rely on cunning and malevolence in order to survive.

For the official release, there will be the five classes available for players to choose from. After the launch, the developers will keep releasing more classes. The classes announced so far are the following:

Guardian Fighter - With their large cumbersome heavy weapons for superior defences, Guardian Fighters are able to control the battlefield around them. They defend their allies with a long sword in one hand and shield in the other.

Great Weapon Fighter - Great Weapon Fighters thrive on taking down multiple enemies at once and rely on their innate instinct to strike their foes with deadly precision and timing. Due to their versatile combat ability, they’re effective in any combat situation.

Control Wizard - Masters of arcane magic, Control Wizards have a talent for stunning and disabling groups of enemies with magical effects that cover large areas. For them, true strength comes not from extensive study, the discovery of forgotten knowledge, and intricate preparation.

Trickster Rogue - Trickster Rogues have a tremendous agility and the ability to quickly deal damage. Masters of evading enemy attacks, they know when to dodge and when to counter.

Devout Cleric - Extremely versatile, Devoted Clerics may assume different roles as their healing abilities are unrivalled and while they can also turn the tide in battle with outstanding area control abilities and single-target holy damage.

In Neverwinter, every character will be a unique avatar to adventure with. There’s a wide range of options to customize both characters’ stats and appearance. Players will start by choosing race, class, and gender. The choice of race will provide some bonuses to the character’s core stats (strength, constitution, etc.) and additionally unlock specific racial abilities with which players can customize their adventurer towards their play style. Within the ability scores section, they will be able to roll or reroll their scores, allowing them to build a stat line that matches their character’s concept.

Moreover, Neverwinter allows customising armour, equipment and weapons. While armours are class-bound and level-restricted, each equipment slot still provides ample opportunity to experiment. And thanks to transmutation, players will even be able to take gear they like the stats of, and put it onto gear they like the look of.

A robust set of editing tools to create new dungeons to explore, or re-imagine their favourite campaigns from the ground up, The Foundry allows players to tell new tales by creating quests, zones and stories that can be shared with friends and the entire Neverwinter community. The Foundry will easily be accessible from in-game via a direct link from the character creation screen to the toolset. Missions, once published, will also be accessible in-game.

Easy to use, The Foundry also features a dynamic rating system that allows players to rate and highlight the best player-designed adventures.

The city of Neverwinter and its surroundings are boasting with adventure zones and loads of enemies players will have to face. The Ruins of Blackdagger Keep, for example, serve as hideout for bandits while a Thayan Red Wizard reanimated the Blackdagger brothers as powerful undead under his control.

Cutting through the old walls of the city, the Chasm is the result of the eruption of Mount Hotenow and the earthquake it caused, creating a festering pit that the Spellplague has filled. The monsters of the Chasm are madness personified, humanoids with chitinous claws instead of arms, and one-eyed hulks that run on all fours like hellish dogs.

At Mount Hotenow, a group of fire giants plans to ignite a second eruption unless they can be stopped by the heroes of Neverwinter having to contend with some of the most iconic enemies from Dungeons & Dragons lore.