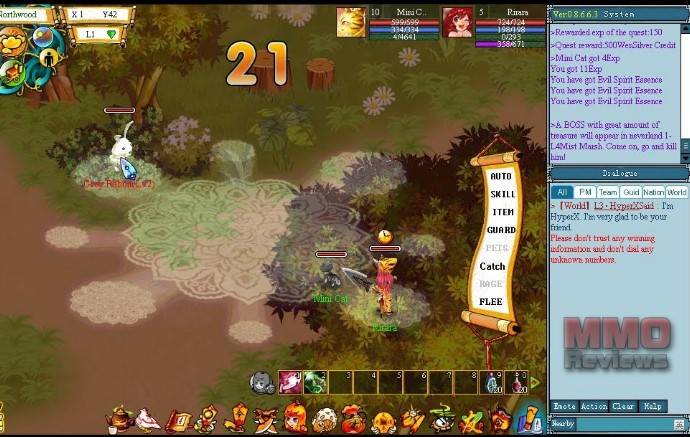 Neverland Online is a 2D  flash, browser based, MMO. Chose one of the four classes and explore the crafting system, the multiple skill paths, and a large persistent world.

The empire, long divided, must unite; long united, must divide. "The world of the Neverland Online was originally ruled by Morning-cloud country.  Dozens of years ago, the leader of the Immortal Clan John Taoist got a wordless Neverland  by accident. After several years of practice, he became an immortal Taoist and left a book that records his practice way called "Way to Become Immortal",so it is very popular to practice to become immortal. After John Taoist became immortal and went to the Heaven, the wordless Neverland is missing...

In order to find the wordless Neverland, players of "The Neverland Online" act as Taoists to save the turbulent world and create a legendary fancy tale.

- Assassin; Assassins are adept in long-range physical attacks. Carrying a long sword, a Swordsman can chop off a hostile head from a distance, by releasing the power of his sword to deal a heavy blow to enemies.

- Mage; Mages are reincarnations of the strongest magic users from times gone by.

Power is one of the necessary conditions to upgrade the skill Level. Skill Exp can be used to upgrade Power and to learn skills. In Neverland Online, skills are divided into 8 categories: Valor, fortitude, confidence, insight, fervor, aura, grace, delusion.