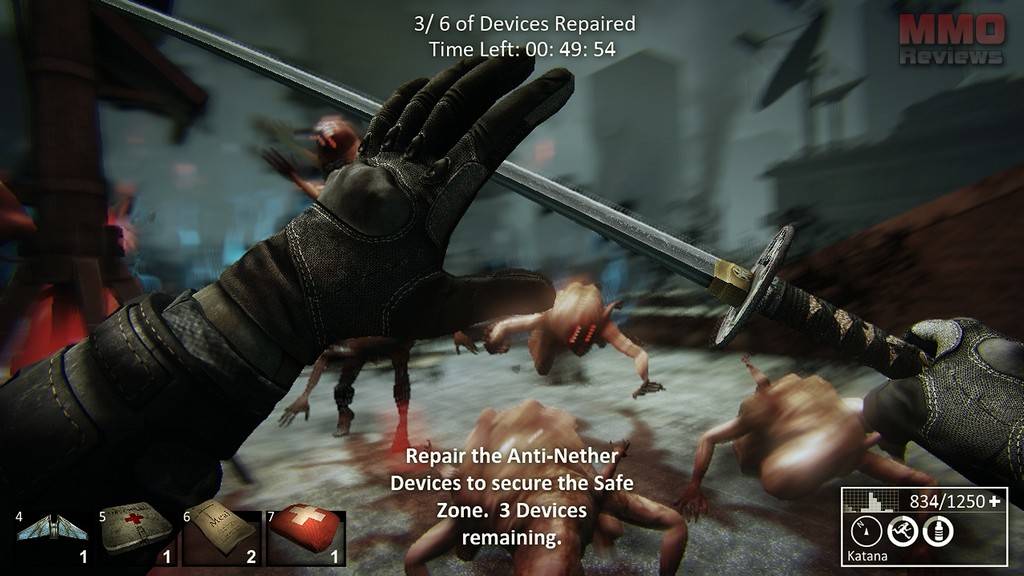 Nether is a first person survival MMO based in a desolate and barren future Earth where the apocalypse has left civilisation in tatters. Across the world tribes form, survivors banding together to fight against the deadly Nether… and each other.

Nine years ago a large solar flare changed human existence inflicting people with a DNA anomaly and transformed and mutated them into something twisted and alien, relentless hunters known as Nethers. In this fractured world survivors fight for themselves or rally together to form stronger tribes, some may consider the survivors the fortunate ones, but in truth it is those that died and do not have to live in this world that are the lucky ones.

In this fast-paced action packed post-apocalypse it urban world players must try to survive in an unforgiving environment by making life-saving decisions and use their skill and craft to loot, steal, create or scavenge much needed supplies. There are threats around every corner, waiting gain abandoned buildings, high up on skyscrapers, many in the form of teleporting Nether hunters, but as equal threat are the other survivors out their looking to take your items and your life.

It is dangerous to go out there alone, though in many ways equally is dangerous to align yourself to a warring Tribe as they battle for territory in long standing feuds that will only end with the entire annihilation of one side or the other.

It is the Tribes that will fight for control of cities territory, in particular superior vantage points that provide control over any opposition movements as well as affecting the player economy and market prices and altering territory focused mission objectives to benefit themselves.

The power and control of the Tribes in Nether will alter the chances of survival for the community in general, establishing a social hierarchy where all actions will have repercussions. Players joining the tribe will be able to earn unique rewards that offer stronger defensive and offensive skills, increased loot and cash drops and more inventory space to store items.

The game world, in total, will be made up of 700 blocks and will be rolled out regularly and update the map. With such a huge sprawling area to discover, both external environments and inside buildings, this urban apocalyptic area will offer a host of missions and challenges to players. Whilst the majority of places and dangerous there will be specific safe zones, including stores in which to purchase items such as weapons and ammunition which run on in game currency. These areas are only safe for players providing they are not under attack from Nethers, in that situation players can die and the zone is no longer safe for players until it has been saved.

Each server, during early release, will be able to hold 64 players at a time.

Players can have multiple characters, each of which can level up various skills by killing the enemy players and creatures completing mission objectives. Players will be able to carry a certain amount of gear and items, however if they die than they will lose all items they have equipped.

As part of the survival game players will also have specific needs such as hunger and stamina that are replenished to keep your survivor fighting fit, as well as their health if they intend to live.