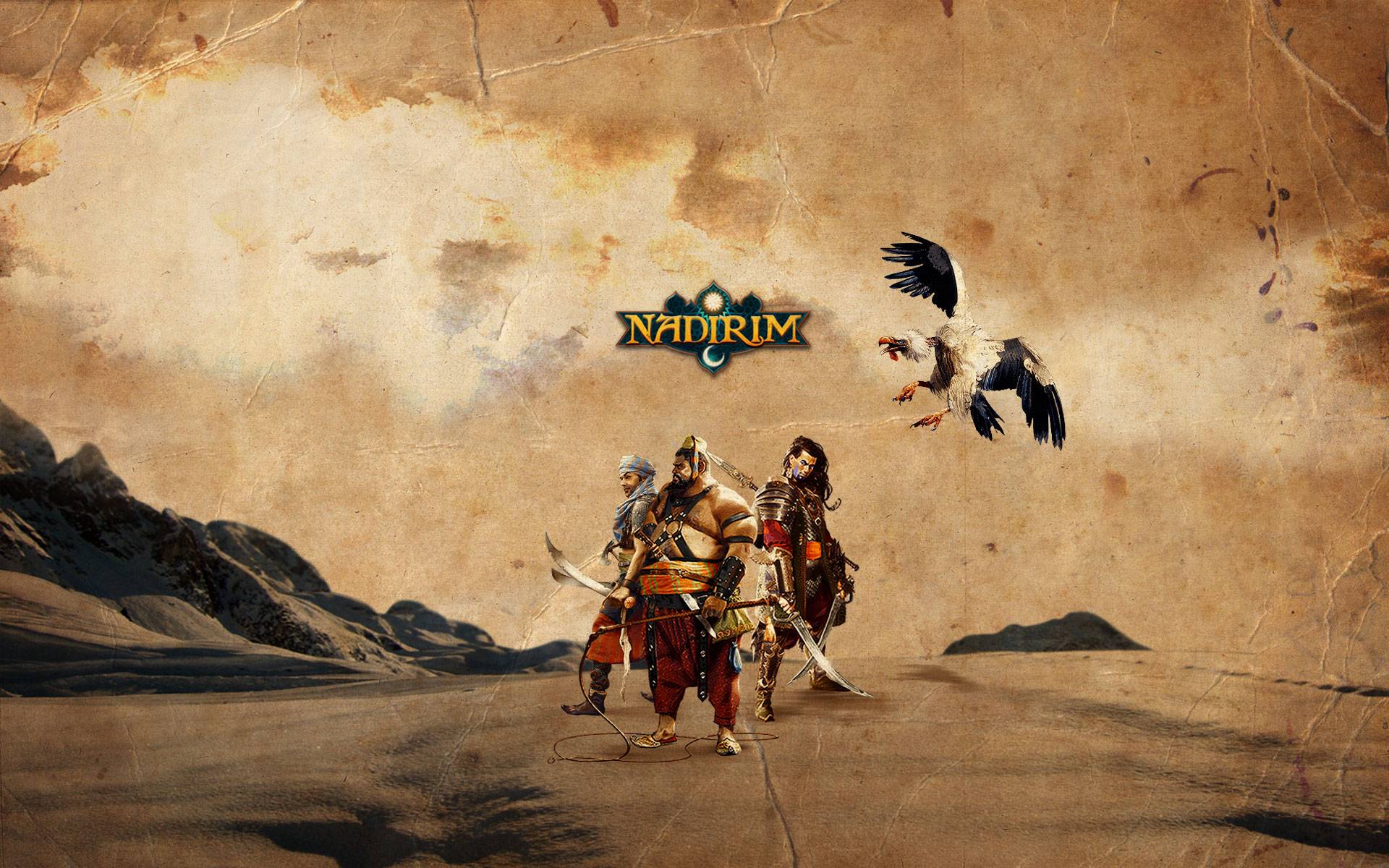 Nadirim is a free-to-play multiplayer browser game in an Arabian fantasy setting inspired by the tales of the Arabian Nights. Explore the vast territories of Nadirim and its unique world of Arabian myths and fables, a world that is fictional in geographical and historical terms but incorporates the best known elements of Arabian fables and mythology like djinns, adventurous thieves, mysterious princesses, potions, alchemy, and – of course – heroes and villains.

Massive world: Play together with thousands of players to explore a single vast open world!

Free-to-play, instant game: Plunge right into the game without any bother. No downloads, registration or monthly subscription fees.

Something for everyone: Story quests for lore buffs; PvP and group combat for the competitive ones; and gathering for those who just want to have fun in their own world.

Unique atmosphere: The beautiful graphics and the original soundtrack are there for one purpose: to make you feel the sand between your toes, the sun on your face, and to make you forget about this monitor in front of you.

The sun that never set above Anwar's empire shines over one single enormous world. When you travel from one great city to the next you will never encounter a loading screen, just vast landscapes filled with beasts, items to gather and lonely wanderers who will either offer a good quest or a good fight.

If you are in for the story then dive into the extensive story questline with epic highlights told through motion comics, but if not there's more. You can take a break from the lore anytime and arm yourself with a vast array of equipment and skills to explore the land and fight with exotic beast or even other players. If it's neither the lore nor the kill for you, then the land is filled with many items and resources to gather for crafting and even to use for building your own home within the world of Nadirim.

You can choose from three different character classes to advance through the battles with the forces of darkness. You can become a Warrior, a Sage or Rogue and roam the empire through exotic maps. Additionally, you can show off your personal style by customizing your character.

Warrior
Warriors rely on their high damage, heavy armor, and high Health to stand in the front-line of combat to deliver brutal attacks to foes and protect allies by drawing enemy attacks.

Rogue
Rogues are versatile killers, specializing in tricks and survival. They rely on extra attacks, critical hits and their ability to control the flow of combat. They inflict pain on their enemies and support their team with precisely-timed tricks and well-placed hits.

Sage
Sages are wise and dangerous magicians, packed with ranged abilities. They rely mainly on their self- and group-healing abilities to outlast their enemies and have some surprising spells that no one really understands, except for them. They bring down enemies in a slower pace, but with a steady hand all the way.

Nadirim allows you to hire a companion that will help you in combat with his unique skills. The companion can either be a human, an animal, or a djinn.