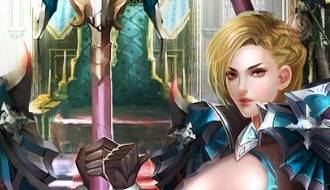 Mythborne is a 2.5D isometric free-to-play browser MMO RPG based on characters and events from Greek mythology, which allows players to play as one of five different unique classes. Adventure across the realm fighting evil, recruiting heroes to join them in battle and engaging in both PVP and PVE content to gain valuable rewards and the chance to seal your legacy and become a name that will go down in myth and legend.

A shroud of darkness has now unveiled itself over the land and threatens even Mounts Olympus itself as the Titans have opened up Pandora’s Box reaping chaos across the realm. Evil creatures arise and threaten mankind, but they are not the only things to surface in this time as new heroes and legends are born to take on the challenge and restore peace once more. You are one such legend.

The game is a classic point-and-click RPG set in a world based on Greek mythology where players rise as a new hero in this dark time. Able to choose from one of five different classes ranging from classic melee tank to DPS ranged and support classes, players will be able to find the type of combat style that best suits them. To make up for the shortfall of their classes, players must recruit Heroes and adopt them into their own group, using them to fight in combat and utilising various tactics and strategies to get the most out of their assembled team.

As players gain XP from killing monsters, taking part in various events as well as performing other tasks to reward them, they will in time level up, which in turn not only makes them more powerful but also unlocks new features and content that they can explore, meaning there is always something new to unlock.

A player's Battle Rating (BR) is an indicator of how powerful they and their group of gathered heroes are collectively. Players are able to see each other's BR and this primarily is an important factor in the various PVP features, as well is directly letting them know whether AI enemies are too powerful for them to challenge. A character's BR can be increased through various methods and means, from the primary character’s level and the quality and advancement of their recruited heroes to new skills that have been learned, items, gear and weaponry as well as mounts and titles.

There is a wide variety of Heroes that players can recruit into their group. More often than not found within the Tavern, these heroes come in various grades/ qualities. In order to recruit them, a player must purchase Ale of the same quality type as the hero. Once enlisted, players are able to further level up and advance these heroes making them ever more powerful.

PVE focuses mostly on instance-based and solo adventures where players will fight against monsters that grow progressively stronger. With a handful of quests, players will unlock new features over time that they can explore, such as the Abyss. PVP focuses on player versus player combat, either solo battles in the Arena where players can challenge each other for prestige and rank position, climbing the Arena leaderboard, or in the Guild Welfare system where guildmates can fight alongside each other challenging rival Guilds.

And exciting feature of the game is the World Bosses that multiple players can fight at any one time. The level of this World Boss is determined by the level of the world itself, which in turn is calculated from the average level of the top 20 players on the server; as these players become stronger, so does the World Boss, too. When fighting it, all combatants gain bonuses and prizes, with the top 10 damage dealers gaining more unique items and the player that lands the last hit that kills the Boss gaining special bonuses.