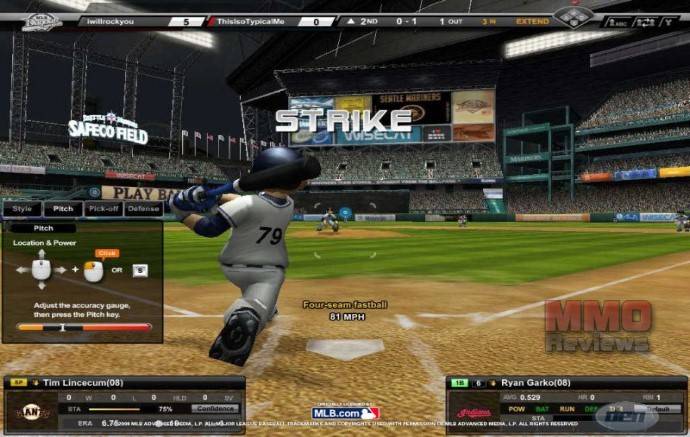 Developed by Wisecat Inc. for Windows.

MLB Dugout Heroes is a 3D Baseball game with animated graphics and an authentic roster of American & National League players and teams. Players chose a league, a division, and a real life team but can later swap in other players to create a unique roster to test against live opponents or the AI. MLB Dugout Heroes is simple to play but has plenty of depth for Baseball fans to pour over.

MLB Dogout Heroes is the first fully licensed and online based pc baseball game in North America. Featuring an easy learning curve and animated versions of real MLB players, draft your favourites from any MLB era to create your own unique team.

Practise against the computer or play online with others to level up your team and players and purchase new uniforms, bats, pitches, and more! MLB dogout heroes is sure to be a smash hit for all baseball fans, young and old.

- Draft and create your favorite players from any MLB year – Choose your favorite players from any MLB era and create the best team!
- Play Online or practice by yourself – Play against your friends online to see who’s the best!
- Level up your team and players – By playing against people online, your players level up and become stronger and trained!
- Unique items – Users will be able to purchase new player draft cards, uniforms, bats, pitches, and much more!
- Features animated versions of real MLB players – See your favorite players as cartoon versions of themselves!
- Easy learning curve – Fun for both beginner and expert gamers alike!