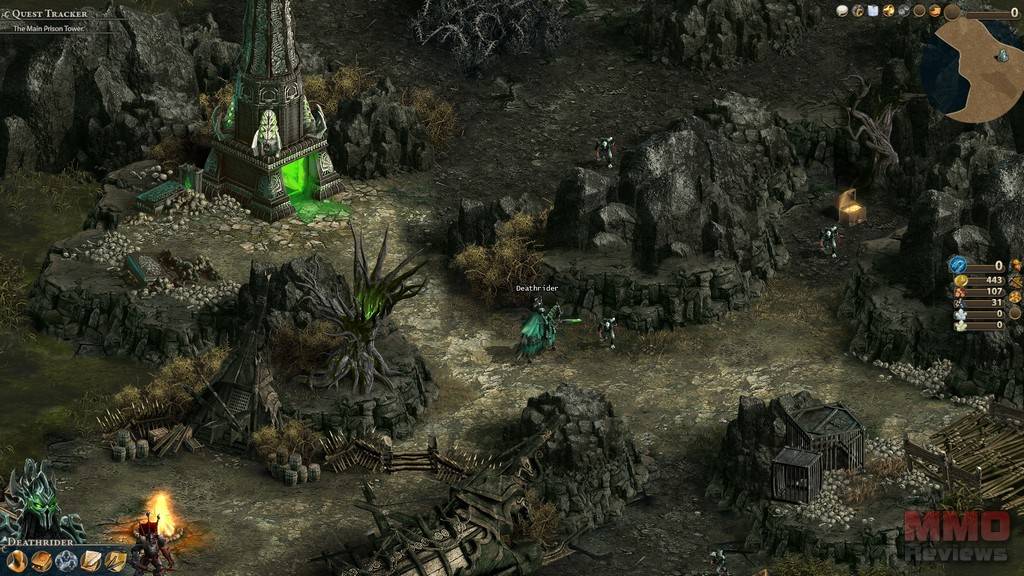 In Might & Magic Heroes Online, players have the chance of rising as a Hero in a warring faction, responsible for the creation and maintenance of their own army they are tasked solely with destroying their enemy. Rising as a new general in the ranks players can progress through the story arc in this free-to-play RPG epic, gain experience and level up to unlock more powerful creatures to bring into their army under their command in this browser-based combat strategy MMO.

The two main factions in this war are the undead forces of Necropolis and the holy crusaders of Haven, players are able to choose which group they wish to battle in the name of which will primarily determine the story quests that they will gain access to as well as the type of combat strategy they will utilise in battle. Each faction has two available Heroes, one of Might and one of Magic:

Hero of Might: Whether the Necropolis Death Knight or the Haven Knight, these ferocious Heroes rely on the damage dealt by their army directly, able to command and lead them they are more reliant upon their forces to find victory in battle for them

Hero of Magic: Choose between the Haven Cleric or the Necropolis Necromancer, both powerful magic wielders that can attack enemies directly as well as taking on multiple turns during a round of battle

Heroes can be levelled up which will increase their attributes and give them access to new abilities and can also be further improved by acquiring new items and gear to make them stronger in battle.

Whilst there is a story driven RPG content the main driver of the game is the strategic combat that players will experience and whilst the Heroes play an important role, they are nothing without the Troops that fill their respective armies. Troops are as often as not acquired through the Towns that players establish early on in the game, responsible for constructing various buildings that give them access to these units they must also acquire resources in which to train them.

Troops come in many different varieties, from melee units, ranged attackers, flying and mounted Troops as well as all manner of weird and wonderful, fantastic and monstrous creatures. However, regardless of the faction or the abilities of a Troop they can typically fall into one of three different categories:

Core Troops - the Troops that make up the main bulk of a Heroes army, able to increase the numbers they are the collateral minions whose main purpose is often as not to sacrifice themselves in battle for the greater good

Elite Troops - the veteran Troops that, whilst more limited in numbers in comparison to Core Troops, they are more skilled in combat and will last much longer with their powerful abilities

Champion Troops - considerably more restricted than the Elite Troops, an army can only control so many of these Champions at once in a battle, yet their individual presents makes them strong enough to potentially change the tide of battle through an excellent use of strategy

Combat takes place on a map broken up into hex based tiles, this type of map layout offers up more directional options leading to more strategy and tactics for the players. Opposing armies begin at different sides of the map and must navigate across it, passing around blocked terrain tiles using their Troops and trying to position themselves for stronger attacks such as flanked attacks or attacking from the rear. Each individual Troop has its own turn order as opposed to the entire army having a single turn, so players must reacts not only to each opponents turn but also all the turn of each individual Troop.