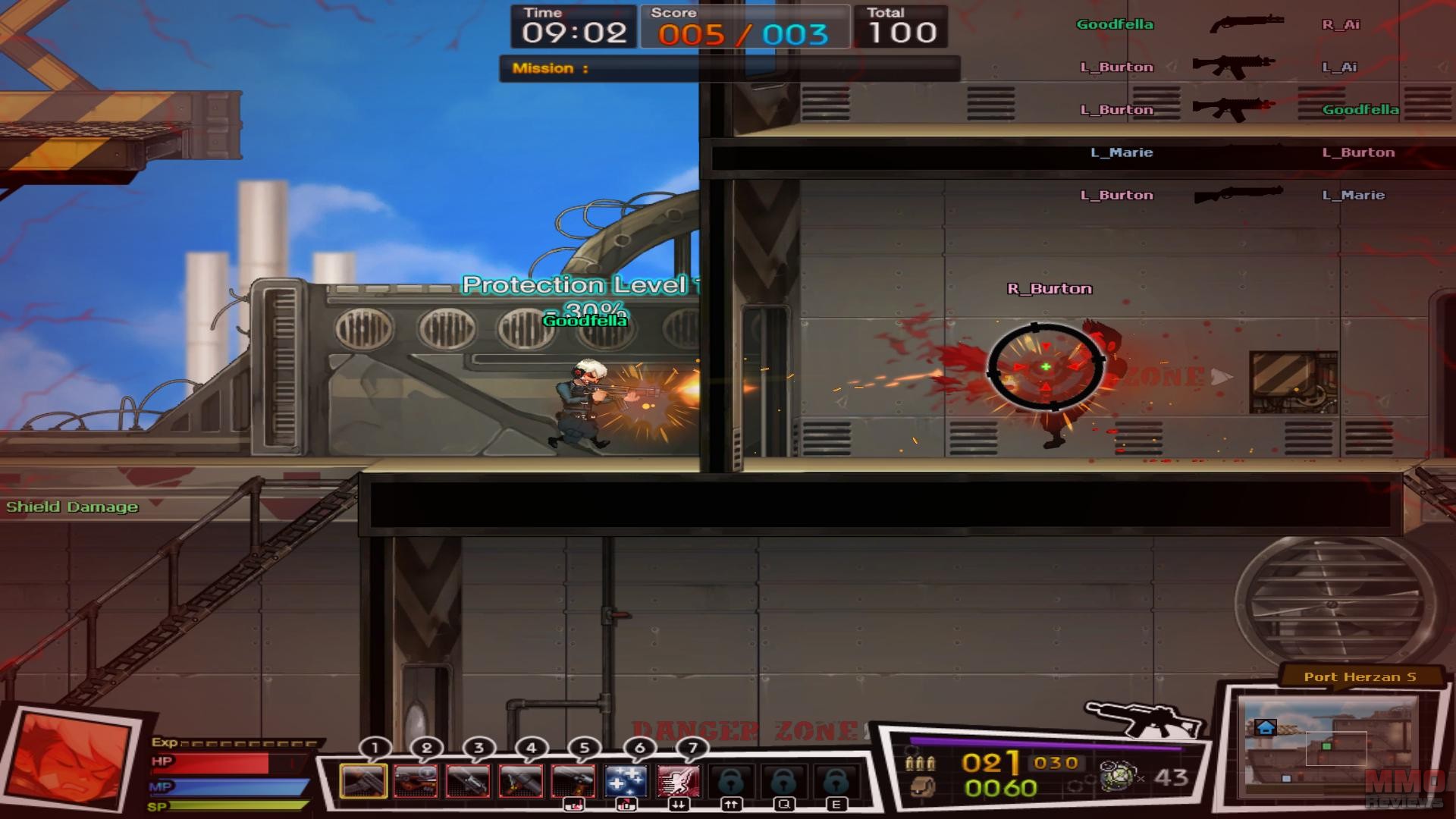 The game is a traditional side scrolling action shooter with multiple customizable characters for players to choose, equip and level up with individual skills and tactics as they jump into PVE focused campaigns and PVP matches to earn ranks and prizes. The graphics and technical demands are low enough to allow Metal Assault to play on most PC systems and the simple gameplay gives a lower skill ceiling, however, this doesn’t make it appropriate for younger audiences due to the amount of blood, gore and exploding head shots that feature in the game!

Carl – This strong all-rounder who loves to dash in and out of the front line as an assault class dealing high levels of damage, combined with his running jumps and dashes this high mobility hero can hold his own in combat

Burton – Slower than his counterparts he has the highest hitpoint pool and so can take the most damage, useful due to his speed and larger hitbox players will find it harder to dodge enemy attacks, but his increased damage abilities means he can dish it back out in kind

Marie – A keen eyed sniper she excels with use of the sniper rife and her available skills focus on improving her abilities with it, such as Hawkeye which grants range on aiming but without the necessary zoom in, or Sharpshooting improves her accuracy

AI – A support focused character that is good for going out solo and scouting, able to track enemy mines, hide to capture flag points, or use her different grenade abilities to hinder and harm her opponents

Players can customize their chose character with the different skills that they unlock; each character has strengths and weaknesses for the various PVP and PVE modes, with different heroes excelling in different modes.

The controls and combat in the game are simple and easy to pick up, using WASD to move left and right across the screen or up and down ladders, players can jump, crawl and roll to try and dodge enemy attacks, skill shots, missiles and grenades. Primary weapons (rocket launcher, shotgun, rifle and sniper rifle) are bound to the 1 – 4 keys and require a few seconds between each shot to reload, and the secondary pistol is bound to the 5 key and can be used during reloads. Players have grenades and special skills bound to their keys as well, so whilst the gameplay is simple there is a higher level of micro needed to switch between the different abilities and weapons.

Aiming weapons is done using the mouse, the targeting scope always on the screen wherever it is aiming the character will look, requiring a direct line of sight between themselves and the enemy and also each weapon has a range. As the levels are made of different platforms, walls, ceilings and floors players are able to take cover from their enemies and tactically move around the map.

The game is split between PVE and PVP with multiple modes for each. With PVE players will primarily fight their way through multiple campaign stages with story focused missions, tasked with completing objectives and eliminating targets, players will also get the chance to jump into various vehicles such as tanks and planes. PVP sees different traditional PVP modes such as Capture the Flag and Team Deathmatch and players can fight in teams of up to 8 across a variety of maps. Players earn weapons, gear and currency from PVP and PVE and can use them to improve their character.