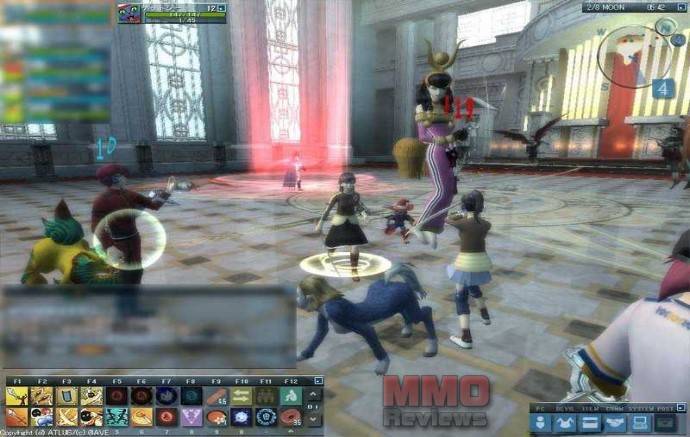 Developed by Atlus Co. for Windows.

The story takes place in a futuristic post-apocalyptic Tokyo where you must ally Demons and players to restore order to the world.

Negotiate with 200 different Demons and fuse them together to create new, more advanced breeds. Battle is a blend of strategy and real-time twitch fighting where you can use melee swords and blunt weapons, revolvers and rifles, and magic spells. Design your character with over 15 customizable areas with a blend of modern, futuristic, and traditional Japanese fashion items.

Convince, seduce, and intimidate Demons to fight along your side. Fuse Demons together and create new breeds! Use your Demons as mounts to travel the world of Imagine Online. Discover all 200 of them.

Personalize your character's wardrobe in thousands of ways. Dress your character in modern and futuristic Tokyo fashions. Trade clothes and accessories to create the look you want.