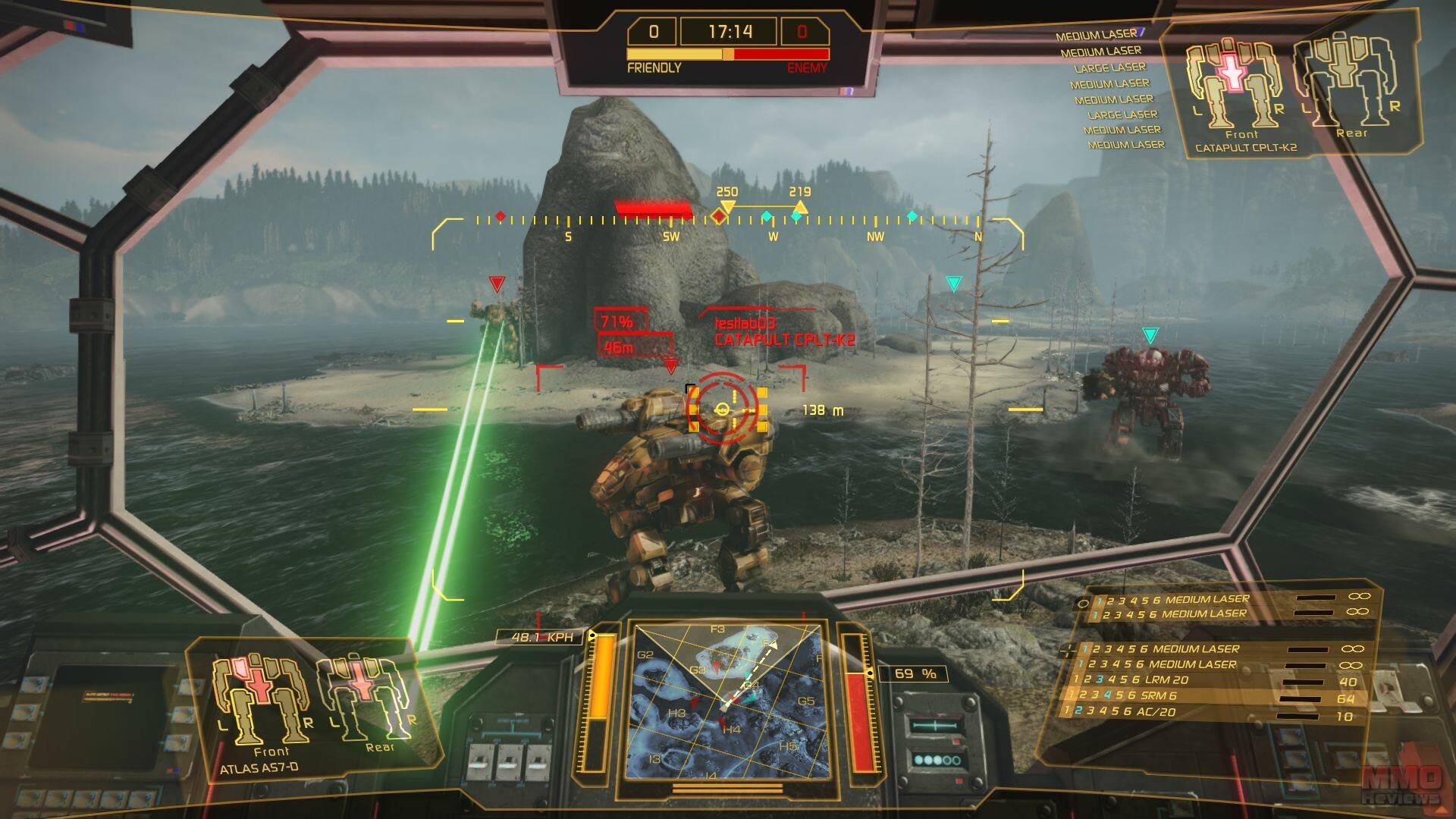 The game is a free-to-play, tactical action simulation game set in the Battle Tech universe in 3050 AD. In MechWarrior Online players take over the role of a battlemech pilot who are in command of powerful mechanical battle units that they may customize in a variety of ways to finally lead them into battle on first-person, team-based, tactical battlefields.

A BattleMech is a heavily armoured combat platform that utilises an internal structure similar to a skeleton, along with actuators (joints), and myomers (muscles). When combined, the BattleMech takes the form of a giant, bipedal, rough humanoid able to operate in all types of atmospheres including under water and zero-gravity. BattleMechs have various weapon systems, including ballistic (autocannons, machine guns, Gauss), missile (long range missiles, short range missiles, streak short range missiles), energy (lasers/flamers/particle projectiles), and a variety of electronic monitoring/targeting systems. In conjunction with all of this, they utilise a series of heat sinks to help dissipate the large amounts of heat all of these weapons and electronics generate. Typically weighing between 20 and 100 tons, they fall into one of four classes: light, medium, heavy and assault.

The interface between the pilot (MechWarrior) and their BattleMech is the neurohelmet, which connects them in a highly agile and direct drive approach.

The game allows players to customize their BattleMech loadouts and visual representations with the so-called MechLab. Players can upgrade and swap out their mech’s weapons, armour, jump jets, engine, ECM equipment, heat sink and modules using C-Bills that are earned while playing, to fully adjust the BattleMechs to the player play style. In addition, players can place decals, paint jobs and other cosmetics items on their BattleMechs.

The warfare in MechWarrior Online can be broken down into four pillars:

In Mechwarrior Online players can be active or passive participants in MechWarrior Online by following one of three paths: They may decide to pledge allegiance to a faction, join a mercenary corporation or remain neutral (lone wolf).

There are various factions in the Battle Tech universe that consist of political, corporate, quasi-religious, and secular interests ranging from interstellar dynasties to industry conglomerates. Each faction is warring with at least one other faction at all times in a universal territory battle.