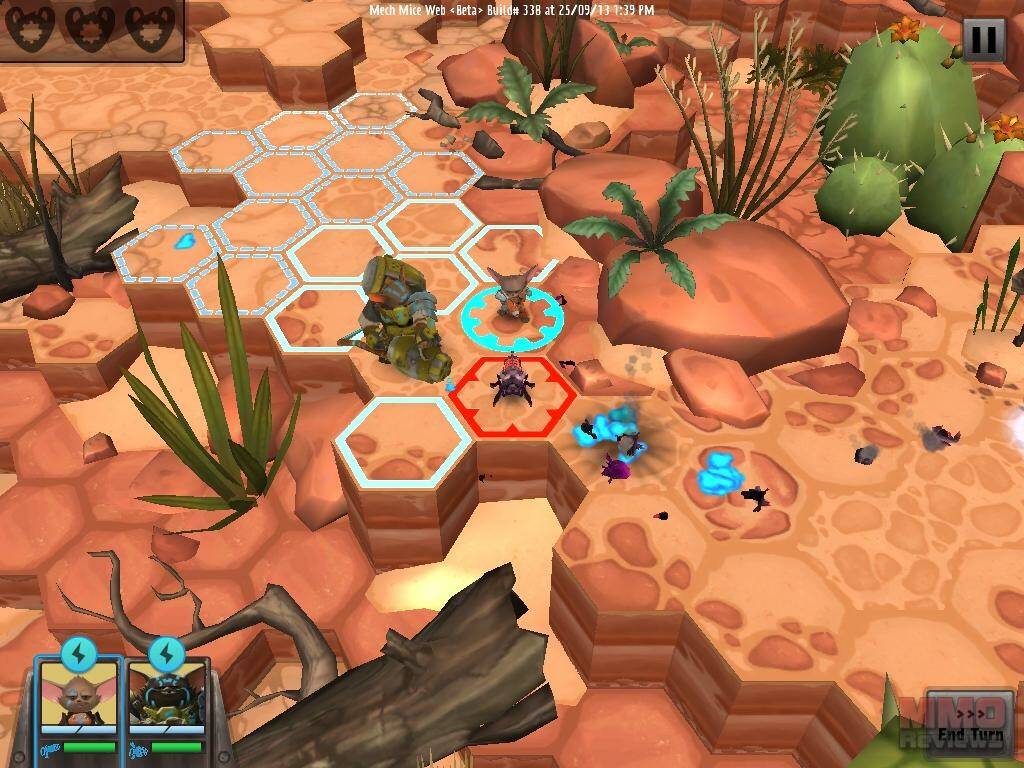 The game is a turn-based, tactical squad game for kids aged 10 and up that combines tactical strategy with a rich story throughout an episodic journey. In Mech Mice players can build their own squad of mice soldiers and help defend their world against the invading armies of evil. In the game, players will engage in a safe community while leading their squads through a series of fun and challenging levels that incorporate skill management, turn-based strategy, and the collection of digital action figures.

In Mech Mice players are thrown into a fantasy world where mice lead their lives as the underdogs, being the ultimate prey. One day, mysterious shards arrive on the continent of Roden and mice start getting hyper-intelligent. They begin to develop vast civilisations with huge towns as well as advanced technology, mechs and weapons which finally enables them to builds armies to defend themselves.

Unfortunately, the arrival of the shards not only causes progress but also splits up the mice population into two rival factions – the Mech Mice and the Dark Union – and triggers a battle over the shards.

The continent of Roden is inhabited by two warring factions. Players will take over the role of Mech Mice and they have to fight against the Dark Union to protect the shards, because the Dark Union is only interested in the knowledge of the shards, not caring about who gets hurts or what destroyed on their way.

In adventure mode, players can build their own squads, and they can shoose which units they want to include in their squad to take them into battle. Each squad will include five units, and each unit has their own special ability that is unique to them.

Units will level up individually by earning XP in the game and instead of dying, they are only knocked out and will be revived for the next level. They can also be healed by finding the blue healing plants, using special healing shards or using a medic unit.

There are nine unit types known so far:

There two types of shards in the game: while small shards use energy to give characters special abilities in the game, large shards terraform the planet and evolve creatures.