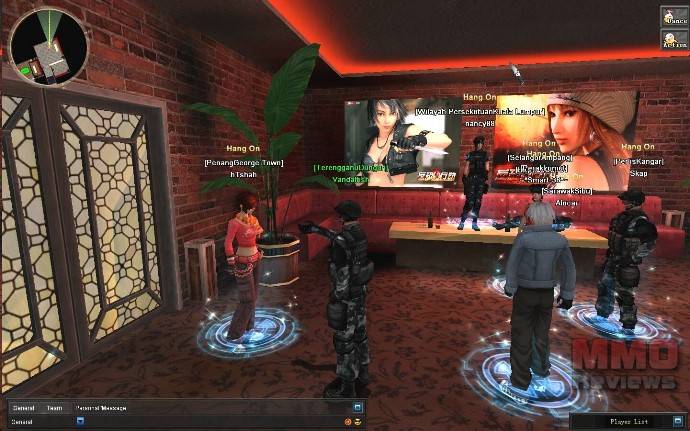 Developed by Kingsoft for Windows.

Mission Against Terror (MAT) is a free to play first person shooter (FPS) set in a fictional time not far from our own, pitting two teams against each other all around the world. From the male civilian with a vengeance to a war-torn female soldier with something to prove, characters from all walks of life come together to fight for a common goal. FUelled by a wide array of rea-world weaponry from practical assault rifles to massive gatling guns.

With the New World Order positioning themselves to take over the world with a unified world government system, the world elites are in a position to take over and make everyone their slaves. They have been behind the lethal plagues that have left some cities around the world in ruins, they have been secretly developing unusual and top secret agendas to strip the rest of mankind of any and all of its freedom.

The New World Order has cleverly placed operatives deep within the ranks of the freedom fighters, making it almost impossible to distinguish the two sides. As a last ditch effort, the freedom fighters have sent out a message for all to be heard: “Join forces with the ones you trust and keep that bond of trust alive! The mission still stands! We must bring freedom back to our world, punish these evil masterminds and strip them of their hold on the world!” The New World Order is real and on the verge of global takeover, assuring the public that those that go against them are terrorists and a danger to society!

Dance during combat
In Mission Against Terror, everyone has the option to dance during combat. Dancing offers two benefits; it slowly regenerates your health(while leaving you vulnerable) and also provides a third person view of your character which can potentially be used to see around corners.

Polymorph
Polymorph grenades cause all opponents that are hit to transform into a cute little animal. Those who are under the effects of the polymorph cannot shoot for a period of time. Add insult to injury!

Dolby sound
Utilizing cutting-edge Dolby Axon technology to bring you an immersive three-dimensional sonic experience, MAT can modulate your voice in real time to transform it into 3D sound and help make you sound like a member of the opposite gender.

Bomb match
Red team's mission is to eliminate the target, and blue team has to defend it. Victory is achieved when a mission is completed or either camp is eliminated. Players can't respawn.

Death match
Players compete individually, and will be ranked based on their number of kills within a time limit. Players can respawn.

Mummy mode
15 seconds before the match starts, the sinister plague will infect any one soldier on the field, turning him into Anubis. In pursuit of Immortality, Anubis will then have to turn all the humans into mummies. Uninfected members will have to destroy all mummies or survive for the time limit and the mummies will have to infect all survivors, or lose the match.

Phantom mode
Red team's objetive is to blow up the target site. To achieve this goal, Red team has to go convert: They will become phantoms, perpetually invisible figures wielding only melee weapons. Blue team's objetive is to prevent the site from being bombed. Whichever team achieves their goal first, wins. Players can't respawn.