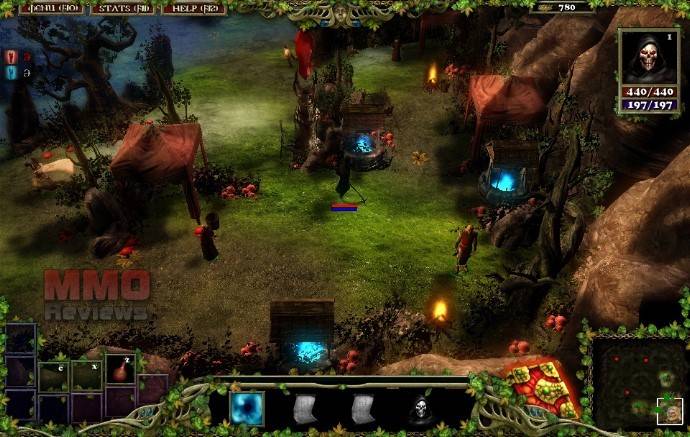 Masters of Belial is an "AoS" (action online strategy) based Team PvP Action RPG game. Players select a hero of their desire and slowly build up in power in their quest for power and domination. Each map is carefully designed to offer a mixture of strategic pvp combat along with good old dungeon crawling.

Masters of Belial is a fairly fast paced game without being too fast that gives you as much control as possible to affect the outcome of every battle, rewarding players that put skill and effort.

It takes place in ancient earth. Long ago an ancient race of beings that called themselves Angels begun masquerading as sentient beings and through the manipulation of powerful kings they establish a system of control on the
planet.

After thousands of years of dominion a group of gypsy heretics discovered the true evil that has plagued this world and decided to put an end to it. With the help of the powerful Daemon King
Belial the truth seekers seek to open the portal to the demonic realms and release the imprisoned Daemons to the world to destroy the angels and bring peace in the lands.

•  Fierce Competition in team and solo matches.
•  An incredible large number of Unique Heroes to play with.
•  Hear the Story of the Daemons and Angels like you never heard it before.
•  Reputation System that helps separate pros, noobs and leavers!
•  The game was designed with maximum Replayability in mind.
•  Low System Requirements!
•  Free! to Download and Play.