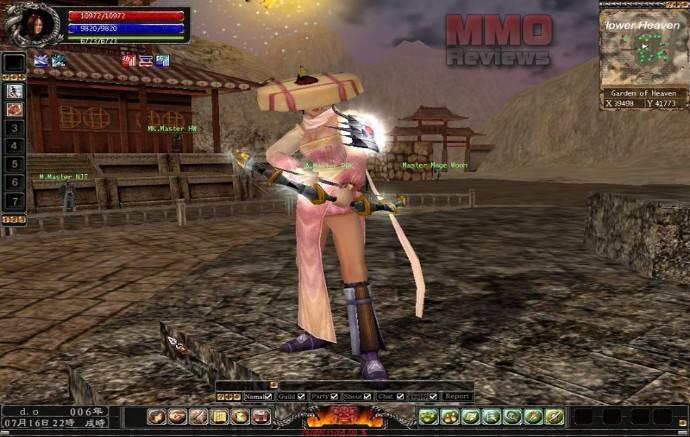 Developed by CR-Space Inc. for Windows.

Martial Heroes is a 3D fantasy MMORPG with a martial arts / oriental theme. Martial Heroes has fast paced combat and four classes; Monk, Warrior, Mage, and Assassin. Each class can specialize in one of three weapons which leads to 12 unique character builds with different skills and play styles.

In Martial Heroes you will join a world where martial arts have become an inseperatble part of society. You too can become a martial arts hero or heroine and battle powerful enemies and face harsh trials. Eventually you may obtain gifts from the gods.

Martial Heroes has a logical open pvp system with consequences attached for repeat killers is a huge plus. Initiating combat against another player leaves you open to retaliation while killing him earns you karma points. Rack up enough karma points and you’ll be labeled a public enemy which allows other players to attack you without penalty.

At level 36 you must choose a faction. Named ‘Evil’ and ‘Lawful’, factions require the completion of a quest before membership is permitted. As with weapon selection, the faction you pick has a real effect on your character.