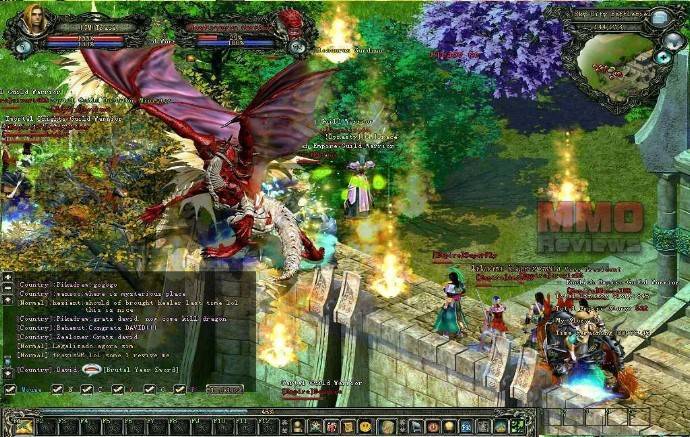 Developed by Ingle Games for Windows.

Magic World Online is a 2D Fantasy MMORPG by EnjoyMMO. The game markets itself as a ‘new concept mmorpg’ and it truly is unique, as players don’t have to grind for hours on end to gain experience, the game completely eliminates the need to manually grind to gain levels. The has also has an attractive faction based PvP system with siege weapons, so if you’re a fan of PvP or just looking for a new game to try, Magic World Online may be worth checking out.

- Massive State War where power and strategies rule for thousands of concurrent attendants (the typical MWO way to define Massive Multiplayer Online Role Play Game i.e rpg, mmo or mmorpg);
- Growing Weapons that will upgrade together with your role play;
- Making the most romantic proposal in game, invite online new friends to play multiplayer cheered wedding party;
- Raising your own special mount to accompany your lonely role play, mount can even imitate your style!
- Infinite new weapons and new armors with free access of ownage; your role play hero in this online role play game (mmorpg) can continuously have new looks!
- Instances System for either single role play or new multiplayer team;
- Official Position, one of the most exciting role play element in free online games, even allows you to dominate the whole mmo game world;
- Free 7 Living Skills for your hero to play the most creative role;
- Multiple and Massive Class Transfers so that your role playing hero can face various new difficulties and thus become more and more cool!