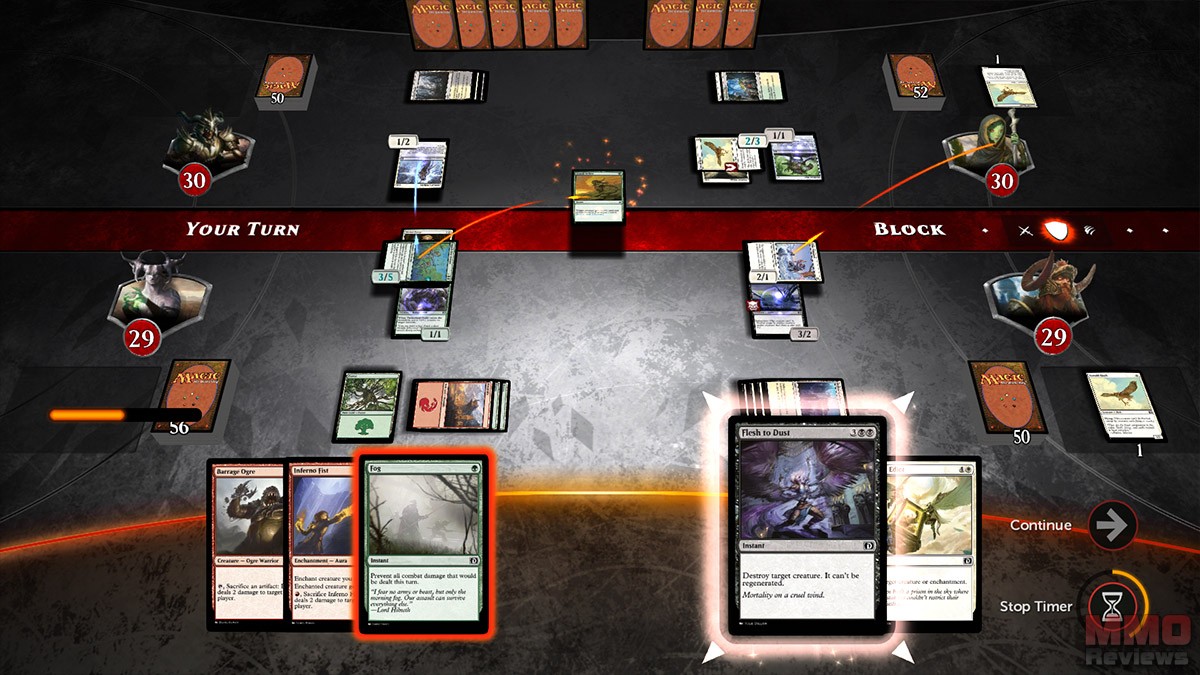 Wizards of the Coast

A completely free to play card collecting game Magic Duels: Origins takes on the classic features and gameplay of its physical counterpart Magic: The Gathering, offering players the same intense strategic combat as they assume control of fearsome wizards known as Planeswalkers. With hundreds of cards to choose from and command players will be able to battle against each other, against competitive AI or as a team in the new game modes.

Using the core mechanics and features of the physical Magic: The Gathering card game players battle as and against powerful Planeswalkers, wizards that are able to summon dangerous and magnificent creatures and conjur powerful spells in their wizard duels. A Planeswalkers’ abilities come from the cards that a player has collected and put into their deck, with a minimum of 60 cards players must strategize and theorize how they can combine their cards for powerful effect whilst having flexible strategy as they never know which cards they will randomly draw from their deck.

Deck assembled each turn the player will draw a new random card from their assembled deck to place into their hand, this card and the others they have available can be played and placed onto the battlefield by spending the required mana cost that each card has. Players can play creatures, spells, land, auras and equipment with the end objective of trying to target, attack and destroy the opponent Planeswalker by depleting their healthpool.

As the battle continues round after round players will acquire more mana and with it the ability to play more devastating and powerful cards that can drastically change the battlefield and the flow of the game creating an ever intensifying battle. The first Planeswalker to lose all their hitpoints is defeated and their opponent crowned the victor.

In the game there are three primary modes available:

There are different types of cards that players are able to acquire from Booster Packs, these packs award players with six different cards, one of which is guaranteed to be a rare card, that players can choose to place in their deck. Booster Packs are purchased either using Coins, the in-game currency acquired by playing matches, or by spending real world cash. There are a variety of different cards that players can acquire and use depending on the strategy they are aiming for.

Creature cards are usually the bread and butter of a deck, armed with individual attack, armor and health ratings these cards are placed on the battlefield to defend their Planeswalker or attack the enemy creatures and their Planeswalker master. Spell cards are on use cards, but are very powerful, and can be used to target creatures, Planeswalkers or just provide effects to the whole battlefield for a duration. Land cards come in lots of different variations and are primarily used to boost mana, but many will also provide unique effects to dynamically change the battlefield and mix up the strategy in the battle. Auras and Equipment cards are both similar in nature, they can be equipped on creatures and give them boosts and new abilities, or with Auras in particular they can even be placed on enemy creatures to curse and debuff them; when a creature dies an Aura card disappears but an Equipment card remains in play.