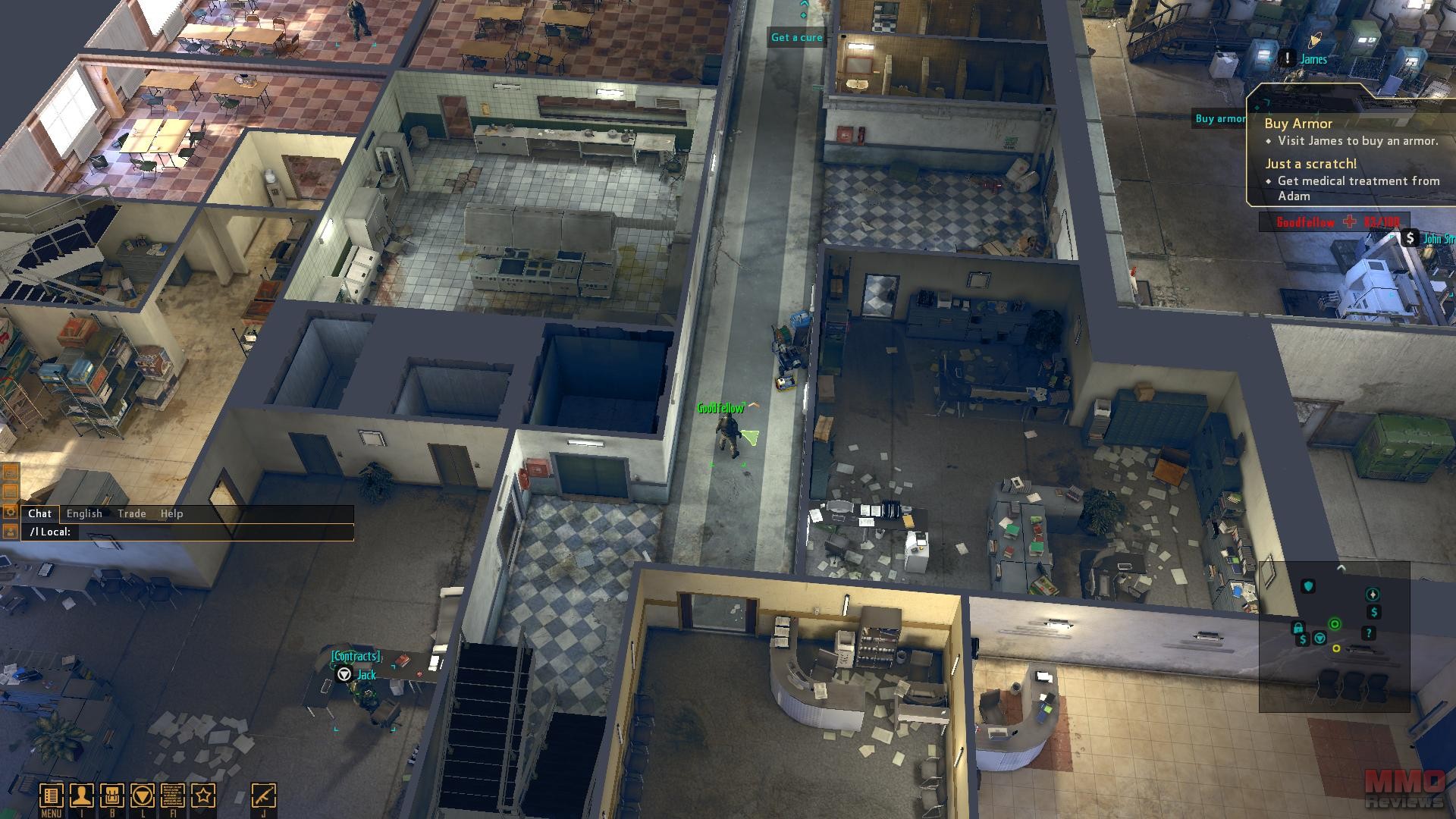 In Lost Sector Online users control a mercenary for hire as they embark on various missions trying to reclaim control of Broxton, their home city that has been ravaged by crime after many of its populous went to fight in the war. With amazingly detailed 3D graphics, exciting multi-levelled battle maps and high levels of customization, players will need to master their strategic thinking and cooperative teamwork.

A turn based strategy where players have to build up their own character, with the skills and gear loadouts they choose defining their primary style of play, players will battle through a story driven quest focused campaign on their own or by grouping up with other players or battling against them in PVP matches.

The battles consist of each player/team taking their turn, on which they can perform various actions from moving, crouching, throwing grenades, climbing up ladders and using their melee and ranged weapons to attack enemies. Each action uses up a different amount of Action Points (Aps) and so players must learn to manage their AP when deciding what they wish to do on their turn, such as making multiple attacks, or trying to move across the map or reach cover. Players earn XP and currency throughout the game to level up and improve their character, allowing them to take on greater PVE threats or climb the rankings in PVP.

Skills are unlocked as players level up, granting them a skill point to spend in the skill tree; the tree allows for a number of different boosts and bonuses or grants you access to certain types of items and gear. Gear primarily falls into Armor, Weapons and Consumables, such as first aid kits and grenades. Armor gives players a number of additional armor hitpoints that absorb damage before inflicting wounds on the player; the heavier the armour the more armor hitpoints they have, but the character moves more slowly and uses up more Action Points in a turn to get around.

Weapons range from melee weapons to firearms; when in combat the player has two rings around them, the first indicating their melee range and the area where ranged attacks with guns are inefficient, to the second indicating the maximum range of the weapon. When firing a weapon, players have some degree of control and can even go into first person mode for precision attacks to make sure they are hitting the person they wish when enemies are grouped up. Attacking an enemy with a firearm takes into account the cover that the target has, from firing at an enemy next to a wooden crate to trying to shoot one through a window who is inside a building.

There is a wide selection of maps available in the game, some are key locations used in specific quests, but they offer unique battlegrounds with different terrain and urban themes from factory and industrial complexes, construction yards, city streets and even rooftop plaza maps. Maps provide a variety of cover options and varying levels, everything from climbing ladders up to a watchtower or on top of a fuel tanker, to going inside buildings and reaching upper levels; the terrain provides excellent cover mechanics and the ability to hide from enemies, when a player loses line of sight of an opponent they disappear from the map and only show a marker of where they were last seen.

There are numerous campaigns to progress through which give different story-driven elements, but players can check out the Political map of the city to see which Clans are currently in control of it, and endless battle of shifting territories as the biggest and strongest clans in the game duke it out with one another.