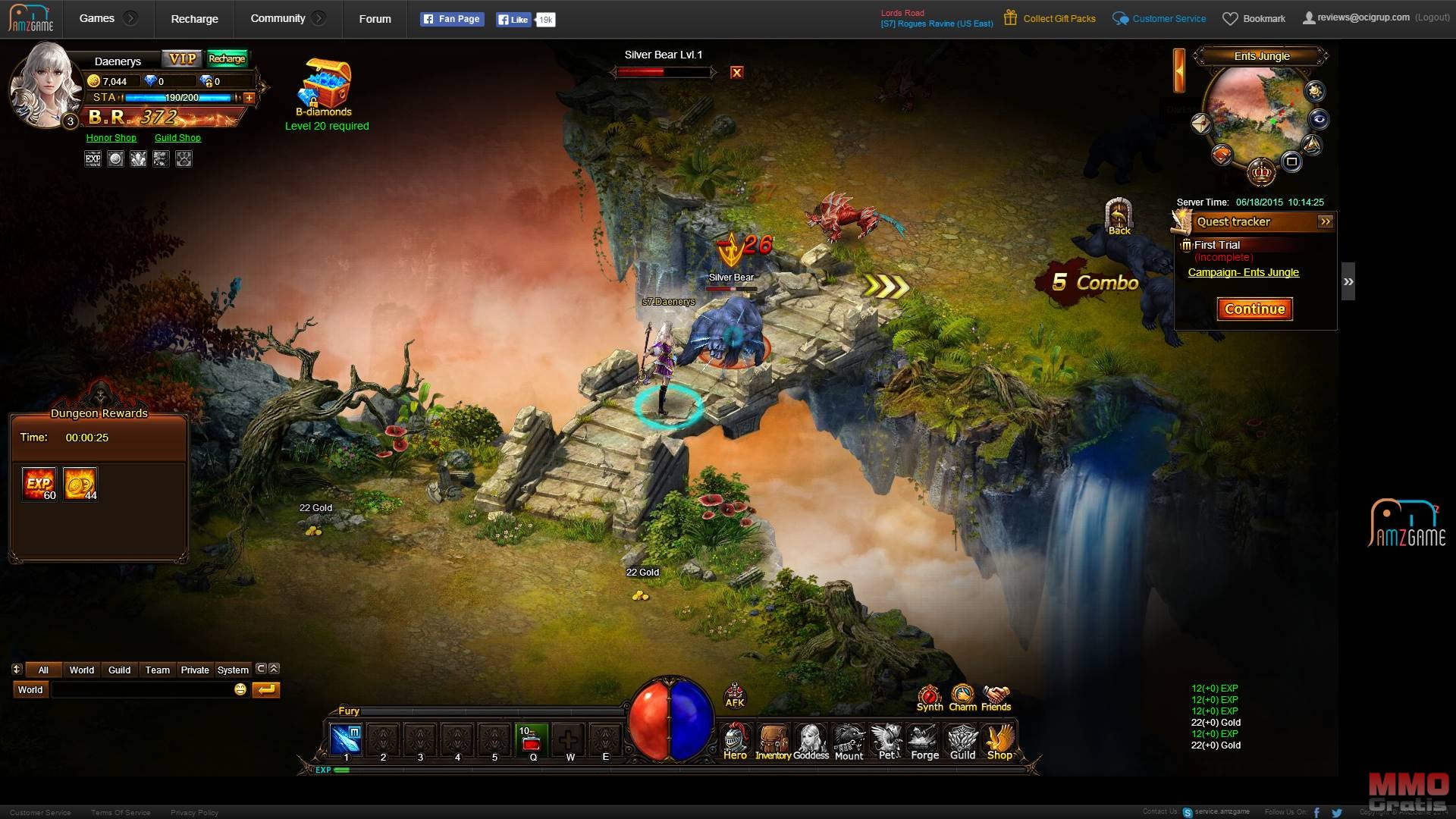 A free to play fantasy epic where players are thrown into the lead role as saviours of the world against the dangerous evil that rises to consume all life, with the backing and powers of benevolent Goddess bestowed upon you it is down to you as the Hero to restore the balance. Lords Road can be played through web browsers and offers exciting gameplay with PVE and PVP combat, RPG story content, Hero customization and a wealth features to explore.

At its core Lords Road is a Hero building MMORPG that puts players in the shoes of the key Hero in their own personal storyline where they must complete quests to progress the narrative, earn XP to level up and gain skills and grow stronger to take on more deadly challenges. With the various customization options players will increase their attributes over time from levelling and gear acquisition to boost their BR score that shows them how powerful they are in comparison to other players. There are strong PVE and PVP elements to the game as well as social aspects to support solo and team based play.

Players have two Heroes available to them when they join the game, a female Mage and a male Warrior; the Mage focuses on ranged attacks using magic and summoning the elements to create devastation on the battlefield whereas the Warrior relies on his own physical strength and prowess with his range of weapons to take down the enemy. Depending on a players Hero choice it will determine their starting attributes as well as the style of combat and strategy they will have to employ in battle.

With 8 classic Goddesses and a Legendary Goddess players can recruit these divine characters into their party who will then provide unique skills in combat to help the Hero or hinder their opponents. With various Goddesses available players can choose which to use and which to upgrade as best suits their personal strategy and tactics. Some of the Goddesses are:

Aside from Goddesses players can acquire weapons, armor and items to equip to their Hero and boost their attributes, many items can be crafted and upgraded using the Forge system spending jewels that are acquired through some of the games event content. Players can also equip themselves with Wings, a sign of their deific talents, that will improve the character and add greater bonuses as they are upgraded.

Both Mounts and even pet can be found in the game, when attached to the Hero these companions pass on their attributes and can be improves with various valuable items; players can get a range of mounts including their own dragon!

Combat occurs in various situations, in either PVE or PVP form. Battle is completely automated and will be won or lose based on the players strategy for putting together a strong team and keeping their items upgraded. Players can take on quests that will progress the game story line, they can take on solo or Team Dungeons, head into the Boss Rush event to fight 7 unique bosses or tackle the Infinity Tower and fight their way through 100 floors of enemies and evil. For PVP players can fight solo in the Arena trying to earn higher rank positions by defeating other players, or fight as a Guild in the Siege event to earn the title of Master of City of Light. All events provide players with unique valuable resources, items and lots of EXP.