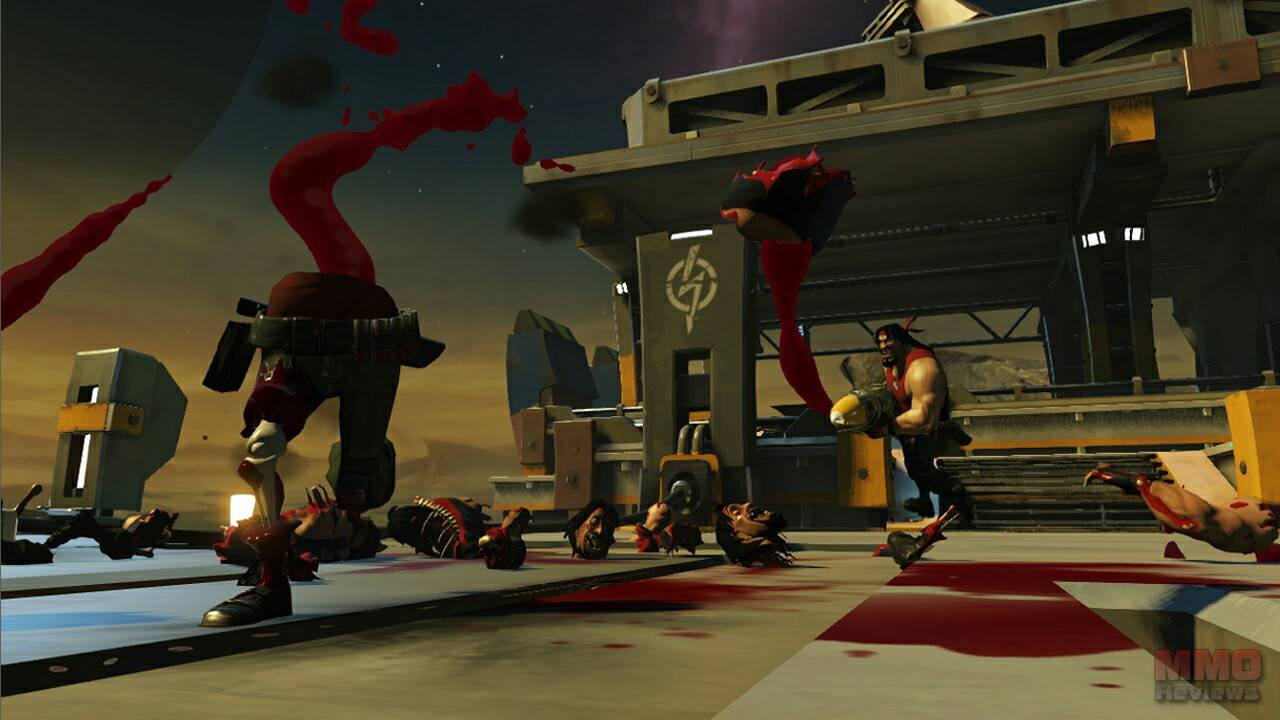 Loadout is a new free-to-play third person multiplayer shooter that is all about weapon crafting and customization. Players can build unique weapons from a huge number of parts before throwing themselves into the PvP arenas.

- Invent your own outrageous weapons, join up with a team and battle it out for online supremacy
- Gain EXP and in-game money while fighting to unlock or buy new parts, taunts and outfits
- No classes: weapons determine the player’s role
- Characters designed with humour as hard-as-rock guerrilla-soldiers-meet-comic-style
- Large amount of available parts for weapon crafting: over 50 million combinations
- Cool accessory and taunt options
- Several game modes on different maps

Weapon crafting is the heart and soul of Loadout. With so many crafting possibilities there is no more to say than this is a true sandbox element.

The crafting system is simple. The game provides all the components and options for every part of a weapon and players need to use all their imagination and creativity to craft the best weapons to match their play style. Pick your parts from an array of chassis, payloads, weapon dynamics, dispersal methods, triggers, magazines, barrels, stocks, and much more.

As there are no classes in Loadout, players choose their class by choosing weapons. Whether melee or ranged, dps or healer, the right weapon results in the favourite role. Everything is possible: from a sniper rifle shooting short bursts of Tesla bullets to a rocket launcher dispersing big healing bombs for your teammates.

In addition, it’s possible to link two weapons to one loadout-set. There are five loadout slots and players may change their sets while in a match. Each set consists in two self crafted weapons and grenades.

Currently, there are four different modes but the developers expect to add more in the future. Those four actually cover all the commonly used PvP gametypes for small and medium arenas.

Blitz - This mode is an all-against-all one. Each player tries to be the first to reach the marked point on the map to stake the claim by raising his or her flag (or laundry). There is only one active point at a time, which results in a constant chaos and bloodbath.

Extraction - Extraction mixes teamplay with manhunt. Each team designate a player as “collector”, who must gather Bluetonium deposits and take them to the grinder binds around the map. The first team to collect their load of Bluetonium wins. What makes this mode special is the Bluetonium itself. Being an extremely volatile material, it will explode when shot or thrown.

Jack Hammer - Each team has a mining drill. The objective is to shut down the enemy’s drill by capturing their hammer-shaped batter and returning it to your drillbase. Melee players will love the hammer, which is a powerful weapon that can score huge points by racking up kills with it before depositing it at your team’s base.