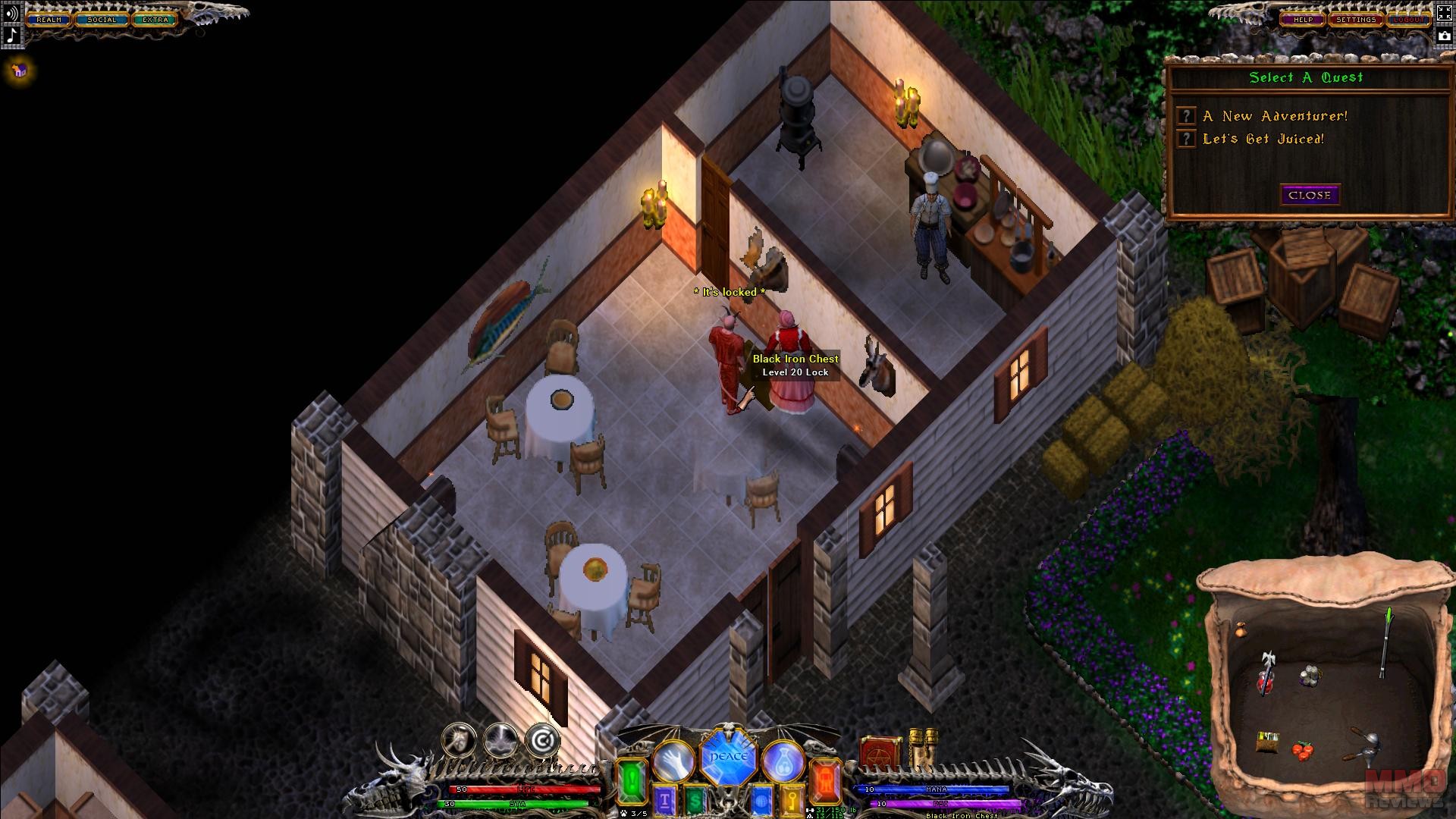 Linkrealms is an old-school free to play sandbox fantasy MMORPG where players create their own character and explore a world of magic and monsters, a nod back to more retro MMORPG titles the game prides itself on some of its more hardcore PVP features and lack of classes as seen in most modern themepark style titles.

- No classes
- Skill based progression
- Own land and build a home
- Buy, sell and trade with players
- Seek out dungeons and conquer them
- Completely free to play

Linkrealms is a classic retro title from a time of isometric top down RPG games and open sandbox gameplay where players are free to do whatever they like and engage in the kind of activities that they prefer, whether exploration, dungeon hunting, world PVP or crafting and trade. With a classless open skill system where players can customize their characters with more details based on their preferred playstyle the possibilities are endless as players create new ingenious builds for their virtual adventurers. With much of the content being extremely challenging, or players relying on each other for resources and craft skills, the game emphasises the social aspects of an MMORPG.

One of the benchmarks of the game separating it from many MMORPGs is that the game has no traditional classes which lock players to specific skills, instead there is a long list of skills and players are free to learn whichever they like to whatever level they need. Each character has a maximum of 700 skillpoints that they can acquire in their skills, with each skill having a cap of 100 skillpoints to master it; the higher your skill the more proficient a character becomes and extra benefits they gain; however players can have more than 7 skills providing they don’t wish to max them all.

Skills range from Combat Skills such as those needed to master a variety of weapons, “Rogue Skills” like hiding, stealth and poisoning allowing players to craft and apply poisons to their blades, or a variety of gathering and crafting Work Skills such as mining, blacksmithing and tailoring. Players do not have to focus on combat orientated skills and can be pure crafters.

Crafting requires all manner of materials with players unlocking new recipes as they level up, they can harvest materials themselves with skills or trade them with other players. Once their items have been crafted they have the ability to sell them in person or on a vendor located at their own house as players can also find plots of lands in the world to claim as their own and build a wide variety of structures on them from fancy manor houses, small shops to large castles and keeps ideal for a guild.

The game boasts a pretty hardcore PVP system accessible on the PVP server, players can attack each other in the open world and fully loot their victims, i.e. loot any items that they were carrying on them or had equipped, including powerful magic items, money and more. With the PVE aspect on PVP servers players are also able to loot each other’s kills and steal powerful gear drops when someone else has killed an enemy in a dungeon. On the PVE servers open world PVP is only available in certain locations, players only drop crafting resources and kills that you didn’t make yourself cannot be looted.

To curtail player killing (or PKing) the game has a punishment system where players start out default as Innocent characters, attacking an innocent character, looting their corpse, or stealing a kill that isn’t yours will turn a player grey marking them as a Criminal temporarily; Criminals can be killed without penalty, For each kill of an innocent player a murderer gains a PK point, after so many points they become red and are labelled an Assassin, they are attackable on sight and cannot enter cities freely until they have worked off their Assassin status!