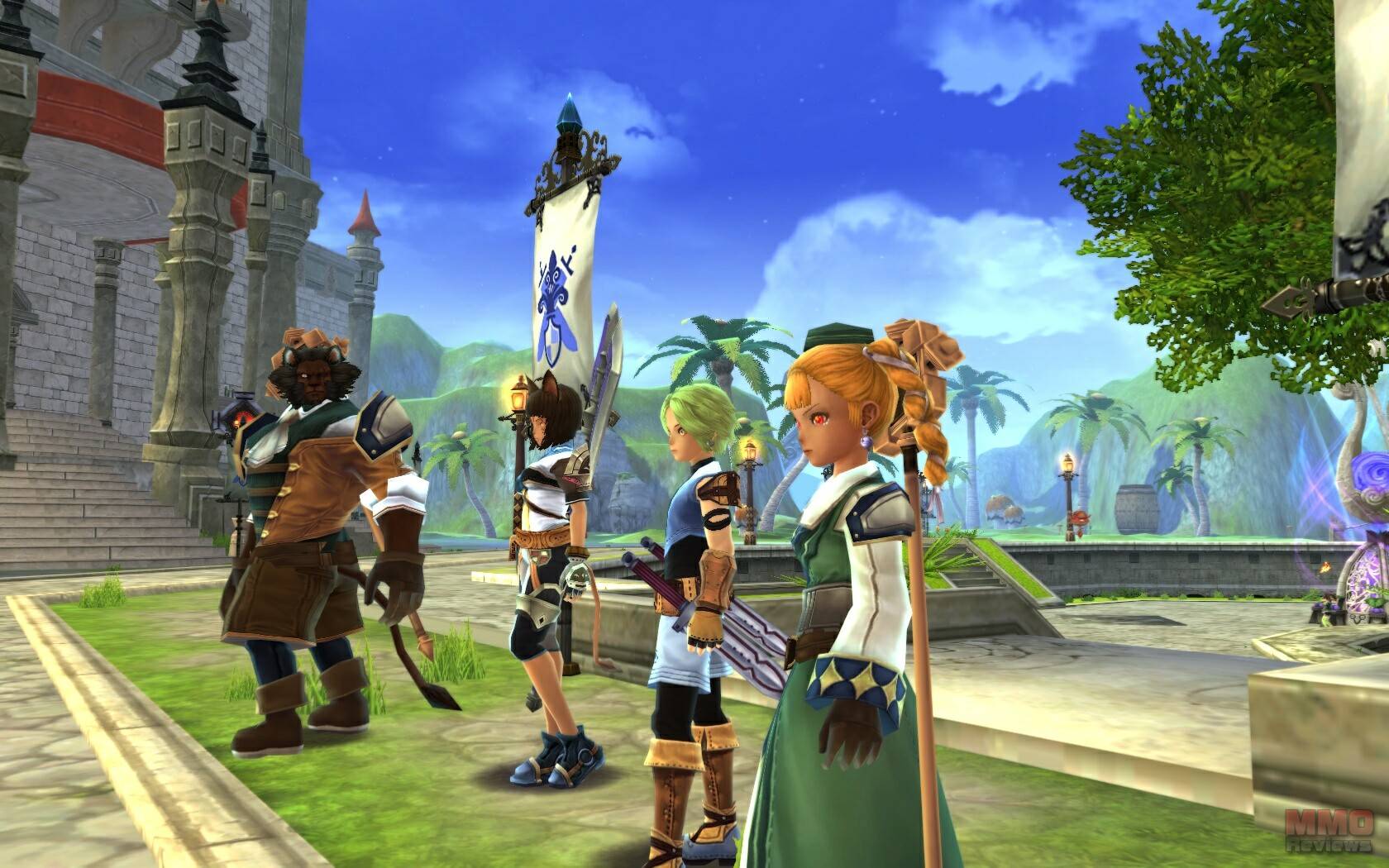 Lime Odyssey is a free-to-play 3D fantasy MMORPG with anime inspired graphics where players choose from 3 distinct races, as well as from different classes and professions. The title spans a huge game-map, with adventure waiting throughout the entire experience.

Explore the continent of Orta, sifting though it for pieces of lime, a sacred substance prophesied to hold the secret behind restoring order to the troubled region.

Once upon a time, all races shared a vast continent. Human, Turga, and Muris lived side-by-side in a peaceful, idyllic, and prosperous kingdom. A magical fruit called Lime was said to be distilled from the rays of the goddess Nysis's glory and contain incredible power.

One day, a tyrant began hoarding the Lime for himself, slaughtering many innocents to gather it all and finally vanishing with all of the blessed fruit. Without Lime in the land of Orta, peace and prosperity gave way to fear; survival became a struggle. The Orta continent crumbled into four pieces that drifted apart on frigid seas.

Centuries have passed and rumours grow that the divine fruit has returned leaving room for excitement and new hope among all races. Adventurers set out, searching for a new future and for Lime.

Lime Odyssey features 3 playable races, each beginning their quest at a unique starting location. There are:

Humans - Long ago, Humans made their livings on the open sea. But one day, they were exhausted by their hard lives and decided to settle down in a land filled with blue coral building a thriving community within the forest. They’re great craftsmen and because of their adventurous spirit, many young humans left home to seek out the Goddess' Lime.

Muris - Originally from a mystic island floating above the realms of Orta, this curious race came down to learn all they wanted to know about this world and to look for Lime. They’re fun-loving and mischievous, spreading trouble wherever they go. Nevertheless, Muris are difficult to dislike because of being good-natured about their tricks and so charismatic.

Turga - These hardened warriors live an uncomplicated life revolving around discipline, honour, and strength of will. They search for Lime, hoping that its power could help them reclaim their stolen land and restore their honour.

In Lime Odyssey, there are 4 classes to choose from: battle and trade classes. Battle classes include the following:

Warrior - Warriors are tanks, but also fairly equally balanced between defence and offense. They’re masters of the straightforward battle, tending to charge headfirst into a fight.

Thief - Masters of shadows, misdirection, and speed, thieves are powerful characters. However, their defence is fairly low.

Mage - Mages wield the elements and the power of necrosis. Due to their range of control spells and powerful attacks, it's rare that enemies even reach them.

Cleric - In addition to their strong healing abilities, clerics are able to provide powerful ranged support as well as buffs and debuffs from a safe distance.

The game features 3 professional branches for players to choose. There additionally is the possibility to specialize further into different directions. The main branches are the following:

Blacksmith - Blacksmiths perfect their craft with anvil and bellows, turning out masterpieces in a wide variety of shapes. They specialize as Weaponsmith or Metalsmith.

Tailor - The talent of tailors lies in their ability to piece together masterpieces from wood, leather, and cloth. When advancing they can become Mercer or Leatherworker.

Chef - Chefs create not only delicious foods and drinks, but also potions and brews to restore strength and hope. To specialize, they can choose to be Tea Master or Master Chef.

Crafting is a huge part of life in Orta, but in order to craft you have to gather all the materials first. Then, players have different options for manufacturing these raw materials: They can be turned into extracts used in crafting recipes or be refined before crafting items out of them.

Being a social game, Lyme Odyssey offers several features for players to stay connected to others. There are, for example, 5 different channels for chatting, a friends list, and a couple system allowing to form an official couple with someone special.

Moreover, players have the possibility to create and join guilds.