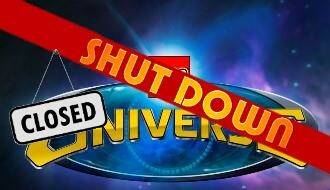 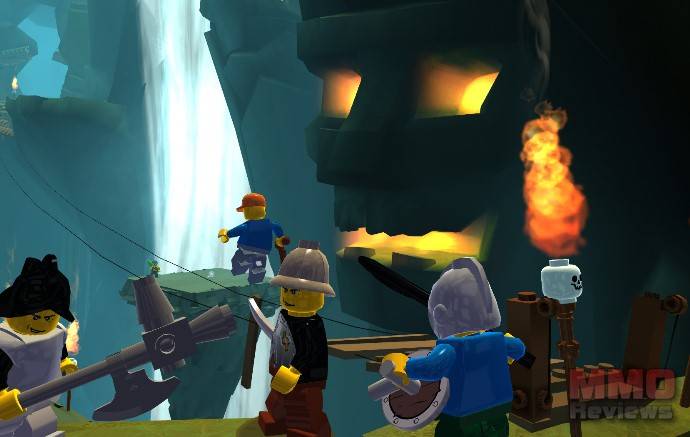 Developed by Lego group for Windows.

LEGO Universe is scheduled to launch in 2010.

Within LEGO Universe, players will safely create, build, quest and socialize together. This entirely new online world will be the spot for LEGO enthusiasts of any age to form their own fun adventures!

LEGO Universe is being developed so that the game’s controls and features are suitable for players beginning at age eight. But LEGO fans of any age will likely have loads of fun playing in LEGO Universe. For starters, LEGO Universe will offer endless building opportunities, both solo and cooperative, to casual enthusiasts and the most advanced LEGO builders.

The game aims to bring LEGO-quality play experiences into the virtual world, so entire families can have fun together online. Everybody-- young or old-- has a unique creative style that’ll govern how they play the game!

In LEGO Universe you can build and bring to life virtually any LEGO creation you can imagine, either alone or by teaming up with your friends. Play with your virtual LEGO models the way you do with your physical creations!

LEGO Universe players will not only find familiar ways to create with virtual bricks, they’ll also discover entirely new building methods. So far, these are the LEGO Universe building modes that have been introduced:

Quick building
Simply push a button and your in-game character starts swiftly snapping together a predetermined model. This is the primary type of building found in popular video games like LEGO Star Wars, LEGO Batman and LEGO Indiana Jones.

Choice building
Choice builds allow you to decide what a quick build will become by choosing from a range of predetermined models.

Every LEGO fan can experience their favorite brand of fun in the game! Pace your journey by choosing from the LEGO Universe activities you love most. Do you enjoy smashing LEGO models? Discovering hidden treasure? Achieving firsts? Competing with friends?

These are just a few of the ways to play in the ever-changing worlds of LEGO Universe!

Smash
Smashable LEGO models will be scattered throughout LEGO Universe! Their special glow says they might release loot like coins and accessories for your minifigure!

Discover hidden treasure
Overcome a certain challenge and you can find coins anywhere in LEGO Universe!

Achieve
Reach your goals to unfold fun new chapters in your LEGO Universe minifigure’s life. Your achievements and skills could be recognized on a host of leaderboards and with piles of LEGO Universe prizes!

Player vs. player competitions (PVP)
In LEGO Universe, you can compete against other players in intense games of skill— both alone and in teams!

The first creation you’ll build upon entering LEGO Universe will be your own custom LEGO minifigure. You become your minifigure in the game! As you play in LEGO Universe, you’ll be able to further enhance your character’s appearance and abilities as you collect, earn, build and trade for tons of cool accessories!

Players can also customize the very worlds of LEGO Universe with their creativity. You’ll be able to build within LEGO worlds from the past, present and future, and you can create entirely new interactive worlds of your own!

And since fans from all over earth will be enhancing and modifying the worlds of LEGO Universe 24 hours per day, you’ll find something new to inspire you every time you play! The game will truly be an ever-expanding and changing universe, A LEGO Universe without end…