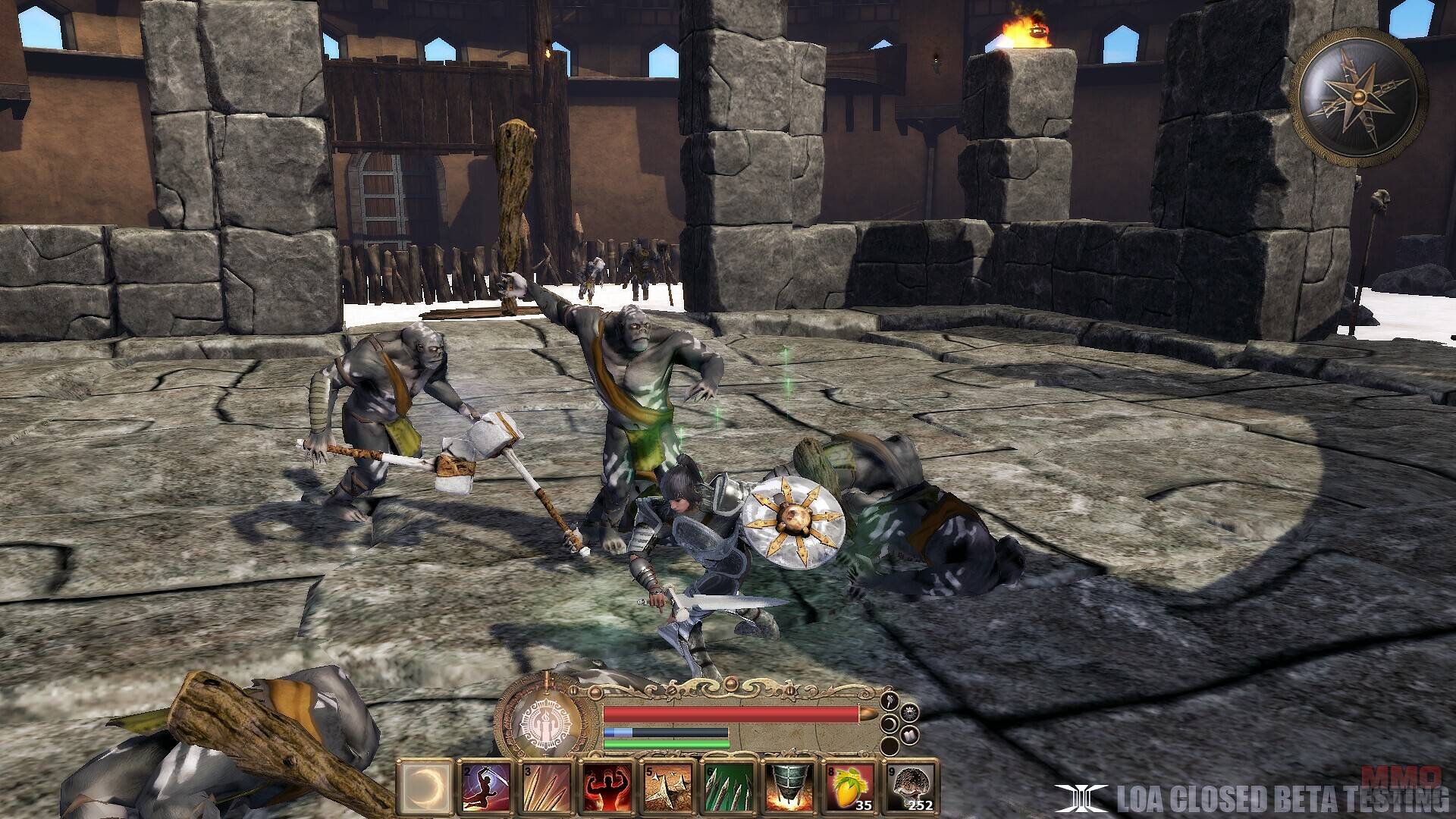 Set in a fantasy world, Legends of Aethereus is an epic action RPG for core gamers with four player co-op, a variety of PvP game types and a full single player campaign with an engaging story. Players will venture into the uncharted wilderness of Aethereus, seeking fame, glory and untold riches. They will slay enemies, craft weapons, improve their armour and hone their skills to reach the goal of their travels.

The planet Aethereus was home to many different peoples and tribes, and as such, has seen its share of conflict in the past. With the Great Skyfall, the falling of several meteors that caused flooding, tsunamis and great changes in nature, many people died, entire civilisations disappeared and much history has been lost or forgotten. The meteors themselves also had strange effects on the land after striking; some have made plant life grow at an exceptional rate, the remnants of others seem to hold great, mystical powers.

The world is still in turmoil after the horrible disaster and people face the problems of a new world: an unsafe environment, the loss of old technologies and knowledge, the strife to find needed resources. The Nexus City-States is one of the last bastions of hope and freedom. As a child of the Nexus it will be the player’s duty to protect its interest and keep it from falling under the fate of oppression and darkness.

- Customisation features to personalize your own city environment

- PvP, Co-op and Single Player combat in your own City-State Combat Arena

- Diverse and expansive skill tree for a multitude of character strategies

While the Nexus is the players’ home base and patron city where they will find many allies proposing bold quests that will implore them to adventure out into the unknown, Ghalia is a wilderness that defies all attempts to tame and control it. In the lands of Ghalia, many beasts roam wild, the most common enemies being the Khagal Warriors of different tribes. These warriors are strong, highly familiar with the Ghalian forests, and use a wide range of weapons. There are also the Ghalian wolves, a fierce, fast, and dangerous predator, and the lumbering and powerful tuskboar.

Originally, four classes, each with their own strengths and special abilities, have been announced to be part of the game: Inventor, Astrographer, Officer, and Animist. However, the Animist is put on hold but will maybe be added some day.

Inventor - Crafty and powerful, the Inventor makes up for lacking defence in attacking power. They’re geared towards finding and restoring old technologies, as well as tinkering with new machinery. Inventors have a variety of powerful explosives to aid them, including mines, throwable bombs, lantern bombs, and rockets.

Astrographer - The Astrographer is engaged in the development and study of the cosmos and alchemy. Employing Aether-based technology in their weaponry, they’re equipped with heavy flamer-type weapons, and devices that use Aether to create mystical particle fields of different effects.

Officer - The Officer Class has several powerful defensive attributes as well as special melee skills and can therefore be used as a powerful tank. Some of the officer skills include: Caltrops, Punji Sticks, Iron Barrier, Carnal Strength, Trailing Strike, Ferocious Stomp and the Javelin.

Players will not only be able to fully customise their character’s appearance but also to design their own combat arena as well as their City-State to their liking. They are provided with a statue-maker, banner creator and other customisation features. Using those, they will, for example, be able to build statues depicting the beasts they have fought.

The arena is the place where players can challenge friends to PvP or Co-op combat. They are able to design and create a variety of arena combat scenarios using their library of beasts, traps and contraptions that will dazzle the opponents, amaze the crowd and make their arena one of the sought after combat meeting grounds.

There are three alternative arena maps available for PvP action as well as several game modes:

The “Last Stand” - Available for single player and co-op, this mode will confront players with waves of enemies found in Ghalia.

King of the Hill - Players will fight their way to the middle of a circle in the arena and gain points by staying alone in the circle the longest.

Deathmatch - This famous mode’s goal is to kill as many opponents as possible within a set time limit.